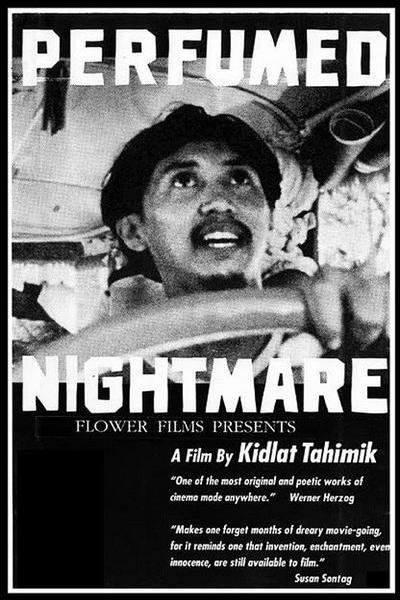 Quote:
Upon first glance, Perfumed Nightmare looks amateurish and raw. It is, too, I suppose, but this works to the film’s advantage. This is the semiautobiographical story of a young Filipino man (played by writer/director Kidlat Tahimik) who worships everything about America. He is especially caught up in the space program: he wants to visit Cape Canaveral, and he is the president and founder of his small (300 people) village’s Werner Von Braun fan club. This might just be the only fan club in the world that worships the Bavarian expatriate who is regarded as the father of rocketry. He and his club members have ice cream sales to fund their activities, which include sponsoring the Miss Philippenes pageant.

Kidlat thinks his village is backwards; an opening monologue expresses his wry sadness over the size of his village, and he gently mocks his childhood friend, who is among the last experts in the village on the building of bamboo huts that can withstand the yearly typhoon season. Kidlat wants more–he wants buildings of brick and stone, he wants internationalism, he wants vehicles other than the hand-me-down “Jeepneys” which started life long ago as American military vehicles during the Occupation after the end of the Second World War. There are hints that he isn’t completely convinced, though: we learn that his father, who helped the Americans fight off the Japanese, was killed for trespassing on what he thought was his country’s land by American guards.

Kidlat gets his big chance when an American entrepreneur (he has a string of candy machines in the most unlikely places) invites him to Paris to serve as his driver. Paris overwhelms Kidlat, who gets a first taste of the dark side of growth for growth’s sake when one of his few friends, an elderly pushcart vendor, dies after being put out of business by a supermall. Kidlat starts to question why the world needs supermalls in the first place, when the pushcarts he grew up with serve their purpose. In a striking act of rebellion against internationalism, he throws stones through the windows of the supermall, an event that was as strong a statment of rage as Spike Lee’s throwing a garbage can through Danny Aiello’s pizzeria in “Do the Right Thing.”

My comments: An absolute classic of low-budget auteur cinema, Perfumed Nightmare is less the story of a Jeepney driver with dreams of bigger things than a compendium of things Filipino and an allegory of modernity and Filipino history. It is also one of the most charming films you’ll ever see. Director Kidlat Tahimik brings a laid-back village attitude to the task of representing life in the Philippines and that country’s place in the larger world. A fictionalized version of himself travels to Paris to work for an unscrupulous gum magnate; his observations reveal some important truths about the power of small people and their ability to endure.

Distributor website:
Produced and directed by Kidlat Tahimik, this brilliant semi-autobiographical fable tells the story of a young Filipino born in 1942 (during the Occupation), his awakening to, and reaction against, American cultural colonialism. In his small village, Kidlat dreams of Cape Canaveral and listens to the Voice of America; he’s even the president of his village’s Werner Von Braun fan club. Winner of the Berlin Film Festival International Critics Award and a Blue Ribbon at the American Film Festival. 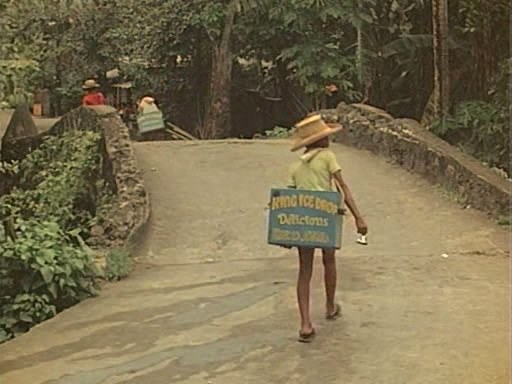 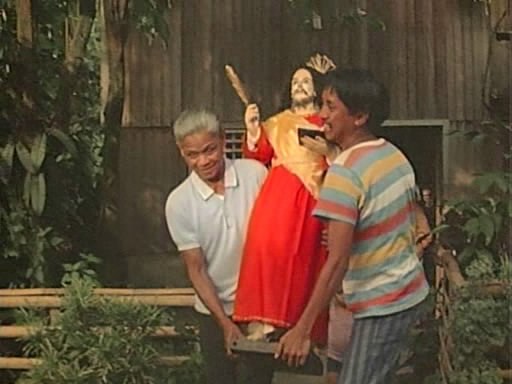 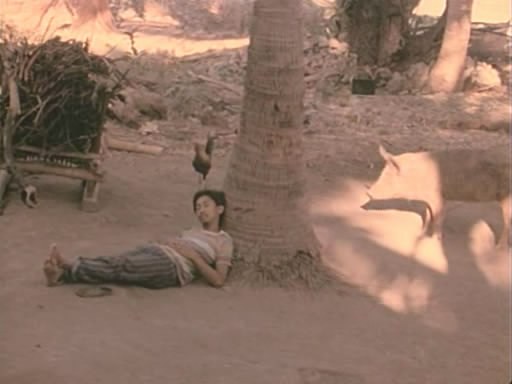 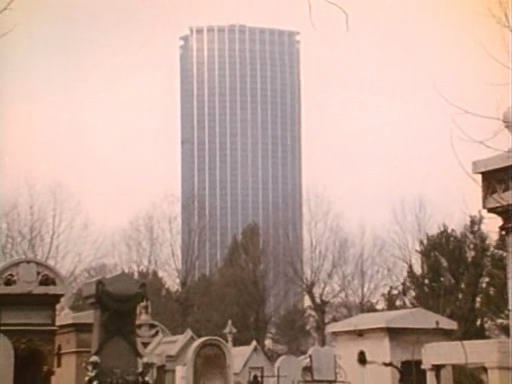