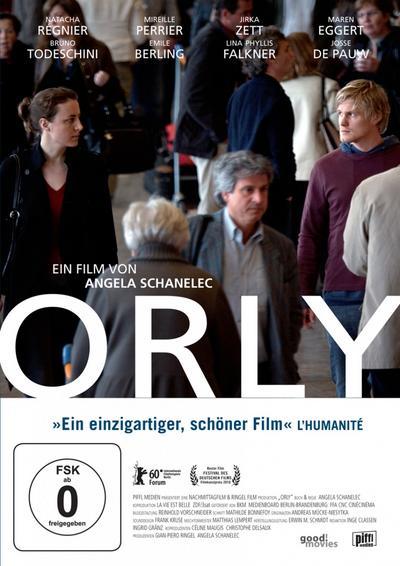 Amidst the impersonal hubbub of Paris’ Orly Airport, strangers meet, secrets are revealed, and sudden intimacies develop in this beautifully observed mosaic of lives in transit.

Quote:
Loosely-linked scenes in the hall of Paris’ Orly airport. A man and a woman, both French but living abroad, meet each other by chance. He has just decided to move back to Paris and she longs to return there. A mother and her almost adult son are going to the funeral of her ex-husband, his father. A young couple is embarking on its first big trip. And a woman reads a letter from the man she has recently left. They are all waiting for their flight.