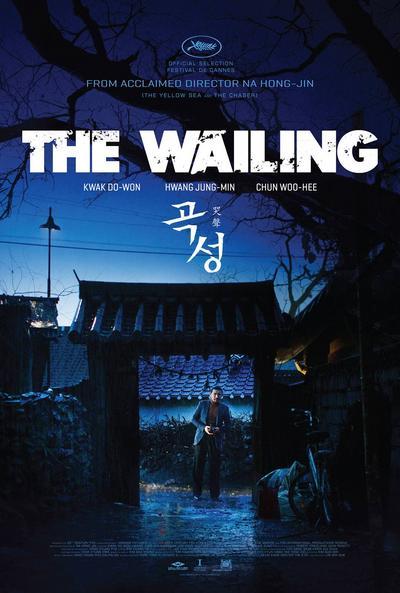 Quote:
Na Hong-jin’s The Wailing is a work of thriller maximal-ism, a rare case of more actually being more rather than less. In the spirit of other South Korean films like Memories of Murder, The Host, I Saw the Devil, and Park Chan-wook’s early work, among others, The Wailing thrives on genre crosspollination and tonal hyperbole, particularly a destabilizing contrast of broad comedy with ultraviolent portentousness. In American cinema, such a mix often results in a single tone dominating the enterprise, telegraphing to the audience how to feel. By contrast, prominent South Korean thrillers abound in ambiguous tones in which the comedy and the violence are accorded equal prominence, yielding an exhilarating sense of possibility and chaos.

The Wailing is frontloaded with scenes of police officers investigating graphic murder sites, which Na renders in hypnotic tableaus that refute the frenetic crime-television imagery that unsurprisingly dominates many American procedurals. At one murder location, a man has knifed his wife and several bystanders to death, and the blood is so rich and profuse that the setting suggests a gothic splatter painting. One’s awe over the film’s craftsmanship competes with revulsion over the narrative specifics—an intellectualized emotional reaction that’s complicated further by the absurdist hysterics of the prominent police officers. Jong-Goo (Do Won Kwak) is routinely late to the murder sites, often pitifully blaming his family while tucking his shirt into his pants to look “professional.” At another site with a burn victim who doesn’t quite die, it’s inferred that Jong-Goo even soils himself after tripping over peripheral witnesses. One often doesn’t know whether to laugh or cry.

This gripping emotional discombobulation, which Na remarkably maintains for 156 minutes, isn’t crass or irreverent. There’s a spring of morality inherent in this detonation of the myth of the emotional monolith. There isn’t one right way to react to tragedy, which often leaves us numb and unable to react at all, leading to compensations in which we concentrate on the banal, committing to actions that might outwardly make us look callous. Jong-Goo doesn’t handle tragedy the way we hope we would, but the way we awkwardly do.

Genre gamesmanship complements The Wailing’s tonal dexterity, creating a poem of violation. One feels Jong-Goo’s pain and panic as the quotidian of his domestic life is threatened, as he discovers that he’s not only the protagonist of a seriocomic police procedural, but of a metaphoric horror film. There’s a master architect behind the rash of crimes gripping Jong-Goo’s village, suggesting a demonic Mabuse, which Jong-Goo believes to be a mysterious Japanese man (Jun Kunimara), who regards his threats and interrogations with caged fury and increasingly terrifying and poignant plaintiveness.

Na is an atmospheric reveler who sets his narrative traps so gradually that we come to accept his increasingly insane plot as inevitable. He’s at once fashioned a hangout movie, luxuriating in the eccentricities of the village locals, and a relentlessly precise and momentous supernatural thriller, with two ingenious climaxes that each juxtapose dueling interrogations, revealing men to exhibit little grasp of the world that engulfs them.

The hangout and supernatural-thriller elements counter-instinctually nurse and enrich one another: Moments outlining Jong-Goo’s daily routines, such as his bickering with his superior and his taking of his lunch at a convenience store, establish casualness of being while deepening anticipatory dread. Na’s deliberateness allows the actors to develop vivid rapport, particularly Kwak and Kunimara, who paint indelible portraits of an innocent and a potential monster, respectively. Na lingers on anecdotes that many filmmakers would shrug off, such as an oddly funny and scary stand-off between a cop, a priest, and a dog, which sounds like the beginning of a bad bar joke until Na shows one of the heroes brutally killing the dog for reasons only partially rooted in self-defense, again puncturing humor with brutality and pathos.

The Wailing is an intimate story of desolation on an epic scale. The widescreen imagery is painterly and richly detailed with vibrant horizontal through lines, suggesting what might happen if John Carpenter worked with an expansive budget. When Jong-Goo visits an herbalist, Na establishes the latter’s dire business with an evocatively sad and eerie air of unkemptness, such as the deer horns that refer back to the storekeeper’s thwarted hunting hobby. A shot of a woman hanging by a tree overlooking a country road succinctly conjures the looming threat of invasion gripping this village. But Na saves the best image for his final punchline, in which the villain reveals its true form, morphing into a primordially satanic trickster with red eyes and claws and laughing the heroes off with unmooring contempt. This minimalist special effect thematically completes The Wailing, suggesting an ultimate human humbling, concluding the film on a note of exhilarating bleakness.