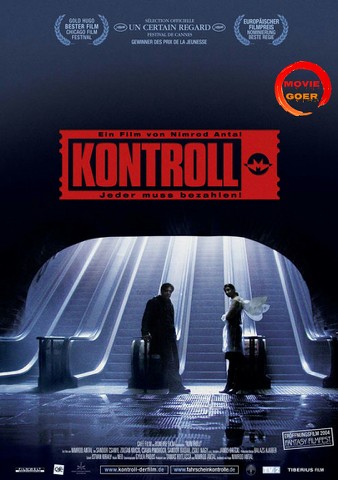 A tale about a strange young man, Bulcsú, the fellow inspectors on his team, all without exception likeable characters, a rival ticket inspection team, and racing along the tracks… And a tale about love. 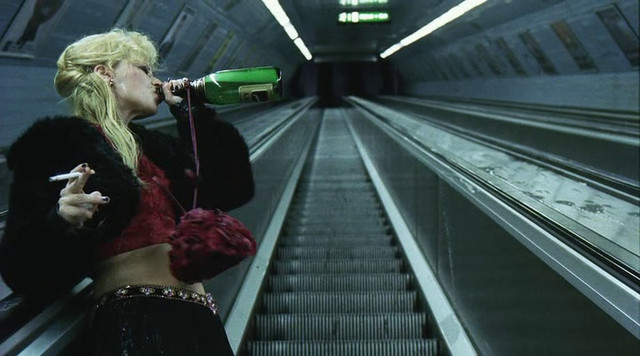 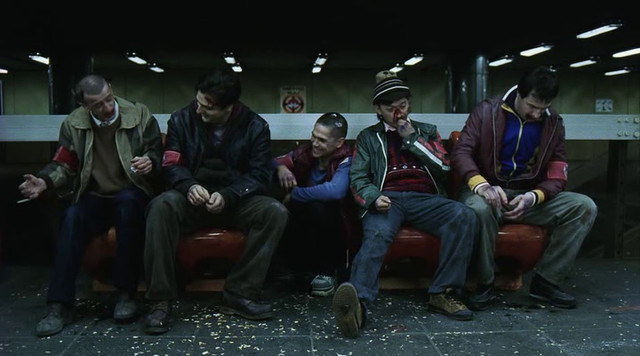 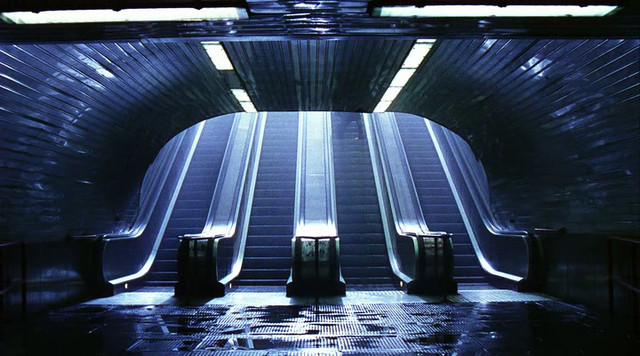 Quote:
The loneliness of the Budapest Metro ticket inspector. Like Kafka, if Kafka had made hip, anarchic comedy-thrillers

Labyrinths and underworlds have played their part in narrative art since stories were first told, so it’s strange that few films have capitalised on their obvious modern equivalent – the subway system. Sure, every so often a horror director realises that he can find easy scares in its depths, but it takes a film like Kontroll, set and filmed entirely on the Budapest Metro, to really maximise the potential of the location.

This is a true original, following a team of ticket inspectors as they attempt to cope with hostile passengers, uncaring bosses, boredom and madness. A plotline about a serial killer gives a vague semblance of structure but it’s mostly a picaresque mosaic of fights, chases and deadpan conversations. Nimrod Antal races around the Metro with a reckless, exhilarating freedom that recalls Wong Kar-Wai’s Chungking Express or (inevitably) Luc Besson’s Subway, but if the set-pieces have the flair of the Cinema Du Look, Kontroll lacks any of that movement’s glamour.

Instead, the drab decor and washed-out lighting enhance the claustrophobia of a workplace that makes Clerks look like a holiday. Clearly, this is a horrible place to work, with death a promising alternative to the Metro’s airless, lightless confines – the idea that the workers can become so jaded as to invent ‘railing,’ a suicidal train-dodging race, is all too plausible. But the film asks the question, does the job cause the madness, or it is more the case that this is an occupation that invites social outcasts and malcontents in the first place?

Antal captures a surreal, fatalistic camaraderie amongst a team of ticket inspectors that takes flight in the extended montages of them at work – a pitched battle against tourists, dogs, pranksters, hooligans and rival inspectors all out to make sure they have a bad day. The strength of the ensemble is such that you could see this working as a Frat Pack comedy, although the characters would probably be spruced up in a remake. These guys are beaten up, dirty and probably don’t smell too good, either.

Really, though, Kontroll is less about the specifics of this job than the general nature of work itself, something the Metro authorities are keen to spell out in the droll disclaimer that begins the film. What makes people work at all? Passion, necessity or escape? The driving force of Kontroll is lead character Bulcsu’s attempts to regain a life that he has surrendered to the dubious sanctuary of his job – literally, since he lives, eats and sleeps underground.

Admittedly, the pretension does cause events to become a bit strained towards the end, especially when it becomes clear that Antal isn’t going to explain the serial killer. (Instead, he has been set up as a metaphorical dark side for Bulcsu to overcome before he can break free into the surface). But if the film lacks a satisfying dramatic pay-off, at least Antal maintains the film’s beguiling, hallucinatory quality right up to the end credits.