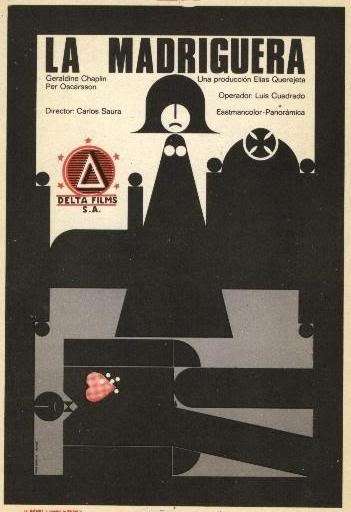 This is a curious and little-known film from Saura’s best period. Co-scripted by Rafael Azcona, the film is virtually a two-hander about a husband and wife (Per Oscarsson and Geraldine Chaplin) discovering role playing to supplement their apparently repressed sex life and going a little bit too far. There is a shade of Virginia Woolf here, and more than a shade of the later Buñuel (who learned most of his tricks from Azcona, anyway). However, what Buñuel does with a sledge-hammer and schoolboy glee, Saura does with subtlety and bitter irony.