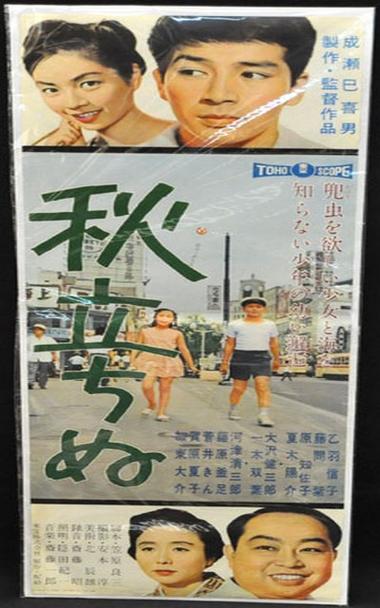 Shigeko, a recently widowed mother from Nagano,brings Hideo,her sixth-grade son,to live with his uncle in Tokiyo.Shigeko soon gets a job at the Mishima hotel.The shy Hideo doesn´t respond wellto his newsurroundings,preferring the companyof hisKabutomushi (helmet beetle ) to that of other people.He does,however,meet Junko,daughter of the woman who runs the Mishima and the two become goods friends.Junko´s mother has a patron who supports her and one day he comes to the city with his legitimate family. Junko feels inferior to his real children.Hideo too experiences the sorrow ot wathching his mother Shigeko prepare to go out with one of her patrons (Tomioka).Meanwhile,his beetle disappears and he depends more and more on Juko for companionship.hideo´s aunt sends him a replacement beetle.Elated,he runs to tell Junko,only to discover that she has left Tokyo and the Mishima has been sold.Saddened,Hideo brings his beetle to the roof of a building and looks out on the Tokyo skyline.