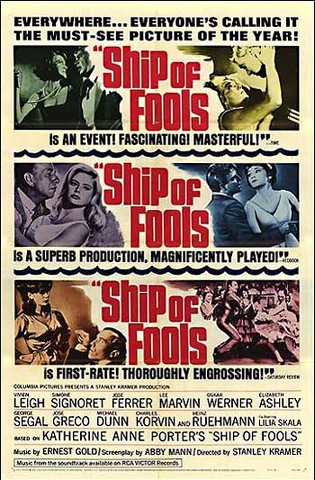 Quote:
“Vivien Leigh’s last film! A star studded extravaganza, this time on a cruise ship during the time just before World War II. Story-lines include Ms. Leigh as a lonely, forty-something woman hoping she’s still desirable, but trying to keep her dignity about it; Simone Signoret, who’s on her way to prison, romances the ship’s doctor (Oskar Werner) to get narcotics; Jose Ferrer is an anti-Semitic German publisher, not afraid to express his opinions loudly to all as “facts” (Heinz Rühmann is a quiet Jewish passenger he scorns); Lee Marvin is a washed up, drunken ball player who chases Leigh (as does Werner Klemperer); George Segal is a tortured artist who’s traveling with his girlfriend (Elizabeth Ashley), as the couple tries to work through their problems; Michael Dunn is a dwarf who narrates and provides insightful comments; Jose Greco is the leader of the ship’s gypsy entertainers who aim to bilk the passengers, especially a young man bent on losing his virginity; and there are lots of other bit players, including the ship’s Captain (Charles Korvin), who provide background and/or small plots (e.g. parents traveling with their young debutante). 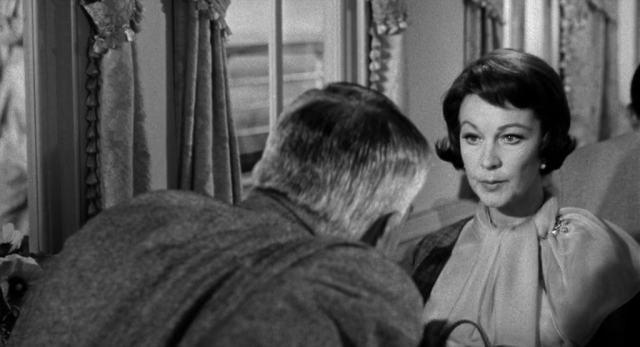 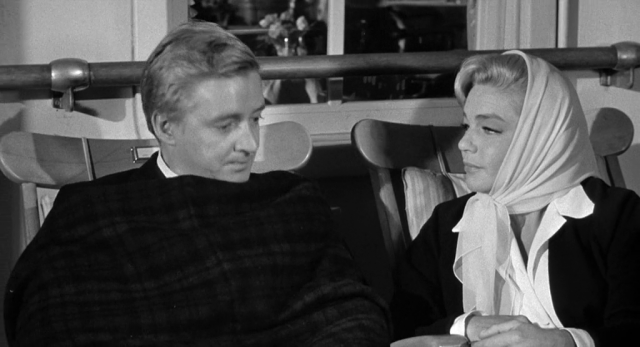 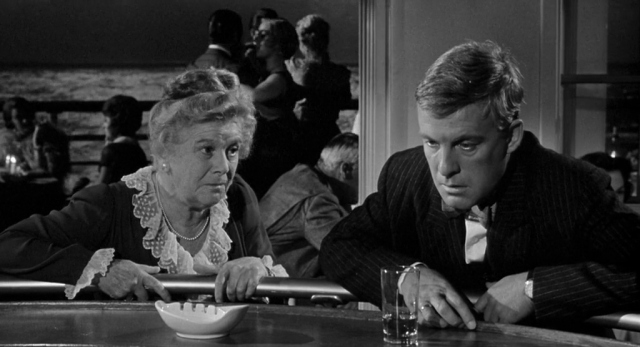