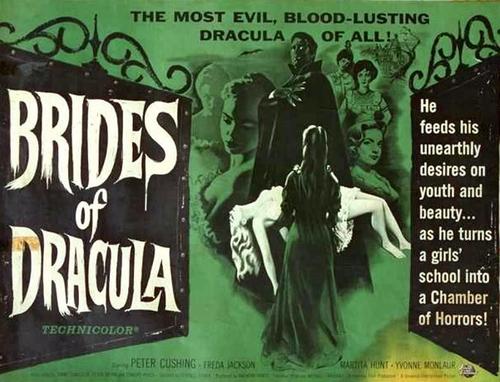 The vampire Baron Meinster (David Peel) terrorizes a girl’s academy, and it’s up to Dr. Van Helsing (Peter Cushing) to stop him…

Following the phenomenal success of their 1958 version of Dracula (released in the U.S. as Horror Of Dracula), Hammer Studios mulled over the idea for the inevitable sequel. 1960’s The Brides Of Dracula is misleadingly titled, in that Dracula himself never appears, but it’s a worthy follow-up that, for many fans, actually eclipses the original. Precisely why Dracula doesn’t factor into the narrative is open to speculation. Hammer was obviously looking to capitalize on their biggest success, so why not bring back Christopher Lee to essay the role that made him famous? Some sources indicate that Lee refused a sequel, fearing that he’d become typecast in the role just as Bela Lugosi had been before him. Yet other sources, including Lee himself, refute this claim. Regardless, despite its title, Brides Of Dracula charts the exploits of Dracula’s disciple, Baron Meinster. Establishing continuity between the two films is the heroic/obsessed Dr. Van Helsing, played once again by Peter Cushing.

In terms of its screenplay, the film is something of a mess. The original script by Jimmy Sangster was apparently deemed unsatisfactory, with Cushing insisting on some heavy-duty rewrites (the original finale, in which Van Helsing summons a horde of bats to destroy the vampire later resurfaced in Kiss Of The Vampire). Two screenwriters later (Peter Bryan, who also wrote Hammer’s Plague Of The Zombies, and the mysterious Edward Percy, rumored to be a nom de plume for Cushing and/or director Terence Fisher) and the film went before the cameras, but it’s apparent that a number of ideas were somehow forgotten along the line. Horror films aren’t exactly noted for their cold, hard logic, and that is as it should be, but Brides incorporates some inconsistencies that are, at times, downright baffling. At the beginning of the film, a mysterious man in black (Michael Mulcaster) appears and arranges for the heroine (Yvonne Monlaur) to be stranded at the Castle Meinster. Established early on as a potentially significant heavy, the character simply disappears after the early scenes, never to be seen again. While it goes without saying that he is a lackey of sorts for the Meinster clan, it simply makes no sense to drop him so unceremoniously from the rest of the film — quite possibly, this was a character intended to do more in an earlier draft. Early in the film, the heroine, Marianne, is stranded without her luggage. Yet when she arrives at the Castle, her luggage is there waiting for her. A ploy by the mysterious man in black, no doubt, but why does she not question its miraculous reappearance? Marianne finds the handsome Baron Meinster imprisoned in his room, bound by a chain. While Horror Of Dracula debunked the idea that vampires could transform into bats, here Van Helsing explains that they can indeed transform into bats — and Meinster is no exception, changing to bat form several times in the story. All well and good, but it does raise the question — if he can change into a bat, then why doesn’t he do so in order to escape the chain? If there is some intended explanation for this (some viewers have suggested a “magic chain” theory which, frankly, doesn’t hold any water), then it is completely unclear in the film as it stands. Another issue arises when the newly liberated Baron kills his mother, turning her into a vampire in the process. Marianne is aware of this, yet reacts with surprise when the Baron later tells her of his mother’s death. Why? Once again, the script gives clear indications of hasty rewrites with the original thread of logic being lost in the process. In addition to these story lapses, the film suffers from some laughably tacky bat effects and the vacant non-acting of Yvonne Monlaur in the important role of Marianne. Monlaur is certainly photogenic, but her work in the film damages a number of scenes, notably some of the potentially lighter moments at the academy. The bat effects, on the other hand, prove that Hammer was wise to eliminate the transformations from their original Dracula production.

With all these problems, one would think the film wouldn’t have much to offer in the long run — happily, this is not the case. Under Terence Fisher’s assured direction, the film moves at a good pace, offers some stunning visuals and creates a fairy tale atmosphere that is hard to shake. Apart from Monlaur, the cast is terrific. Cushing gives yet another immaculate performance, improving on his somewhat harsher portrayal of Van Helsing in Horror Of Dracula by bringing out more humanity in the somewhat single-minded character. David Peel makes for a witty and credibly menacing foe, never quite matching the sheer presence and force of Lee’s iconic vampire king, but making a vivid impression on his own account. Much of the film is dominated by the splendid work by Martita Hunt (David Lean’s Great Expectations) and Freda Jackson (John Gilling’s Shadow Of The Cat). Hunt highlights the tragic dimension of the Baroness Meinster while hinting at a perverse undercurrent; Jackson goes for all-out Shakespearean theatricality as the servant who knows too much. Supporting roles are filled by the likes of Miles Malleson (Phantom Of The Opera), Michael Ripper (Curse Of The Werewolf), Mona Washbourne (The Collector) and Fred Johnson (The Curse Of Frankenstein). Marie Devereux (Stranglers Of Bombay) and Andree Melly (The Horror Of It All) play Meinster’s eerily sexy vampire brides, even if they do tend to bear their fangs a little too much.

Fisher’s direction is sure-footed and stylish throughout. Whereas his staging of Horror Of Dracula sometimes tended to be a bit stale and stagy during dialogue scenes, here he handles every scene with authority and energy. Lulls are few and far between and the various action/suspense sequences are masterfully done. The director’s keen sense of framing and judicious camera movement is in evidence throughout, with Jack Asher providing some of the most remarkable lighting ever to be featured in a Hammer film. Sadly, this would be the last time Fisher and Asher would work together — in an effort to keep costs down, Hammer would soon drop Asher from the roster and bring in lesser cameramen in his place. In addition to Asher’s sumptuous lighting, the production design by Bernard Robinson and the organ-drenched soundtrack by Malcolm Williamson are particularly impressive.

With a better script, Brides Of Dracula could have been the finest Hammer vampire film of them all. As it stands, even with its imperfections, it’s still a first-class example of its genre. 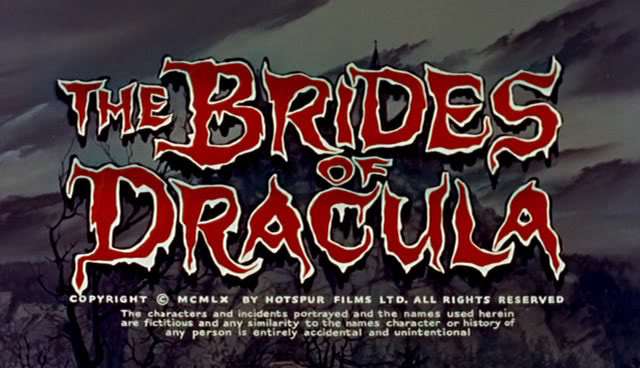 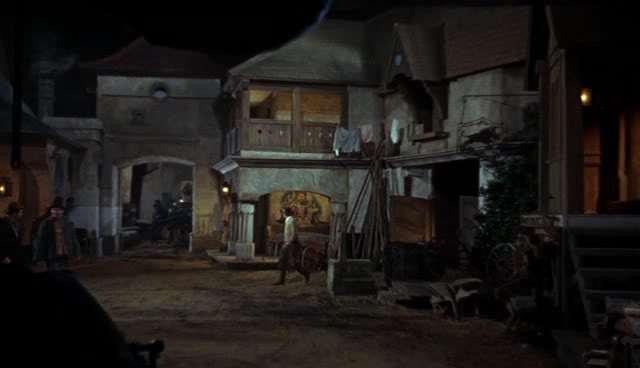 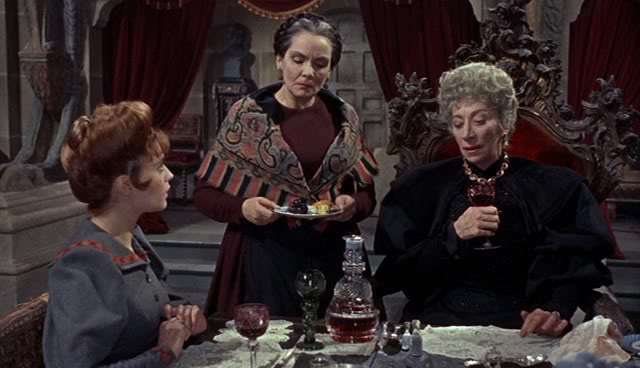 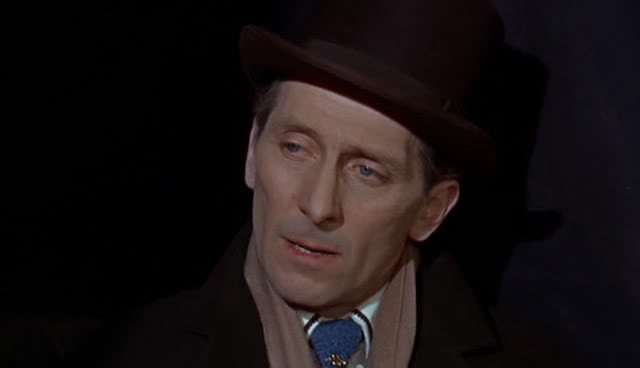 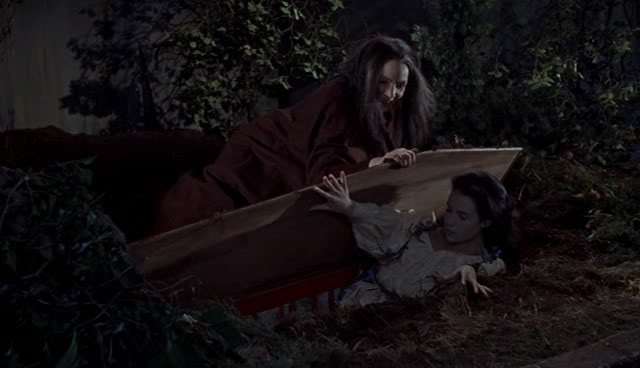 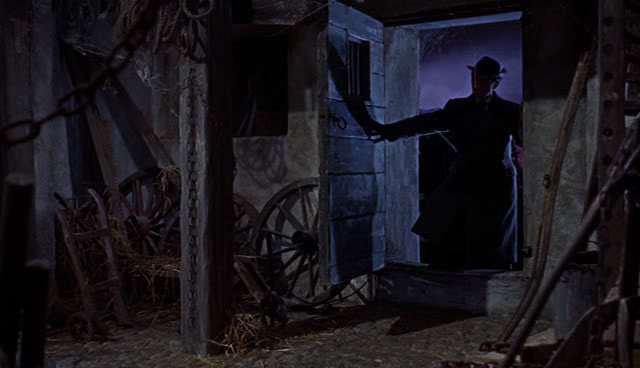