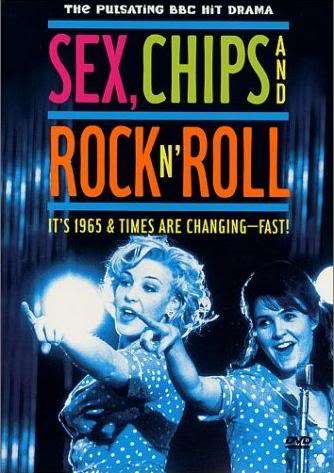 Synopsis –
It’s 1965. Times are changing! But the swinging sixties haven’t quite hit the Brookes household. Non-identical twin sisters Ellie and Arden Brookes seem destined to play out their lives behind a chip shop counter in a dreary Manchester backwater. Torn between the old narrow life of their childhood and the thrilling “anything goes” atmosphere of sixties rock and roll, the sisters find themselves faced with a heady mixture of new opportunities, optimism and romance. Their journey towards liberation is set against an exhilarating soundtrack of sixties music to echo the spirit of the era.

Introduction –
Sex, Chips & Rock n’ Roll is a six-part television mini-series which was written and created by Debbie Horsfield and directed by John Woods. It was produced by Wall to Wall for BBC One. Originally shown in 1999, it was later adapted into a stage musical which appeared at Manchester’s Royal Exchange Theatre in 2005.