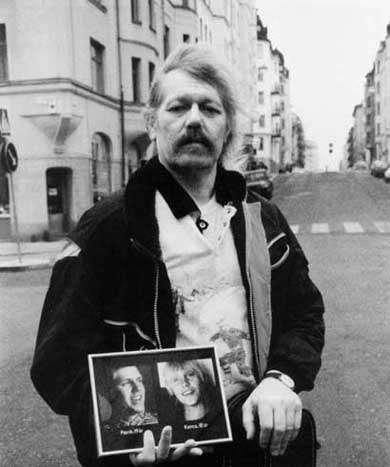 review(s):
Almost 15 years has passed between “A Decent Life” and “The Social Contract”, the third
and final part of Stefan Jarls mods trilogy. Stoffe has been dead for many years and his
son is almost grown up. Kenta is trying to put the past behind him and start over with his
Eva. But with all the memories and aftereffects of a hard and ruthless living it’s not the
easiest thing to do.

But it’s not easy for the children of the “mods” either, the real subjects of this movie. How
has their parents way of living, and dying, affected them, and their lives? How do they
manage not to follow in their parents footsteps? And what relationship do they have with
their parents today?

Stefan Jarl asks these hard, but important questions this time around. It is a fact that the
“social contract” exists, your upbringing and environment means a great deal when
growing up. But there are choices even for those who grew up around drugs and death,
and i think that is what Jarl is trying to show us. There is hope, even if the conditions are
hard from the beginning.

“They Call Us Misfits” was a realistic but at the same time a bit naive account of a gang of
kids who turned their back on society. Kenta, Stoffe and their friends was rebels and
revolutionaries living in the now. “A Decent Life” had a darker tone. Hash, booze, and for
Stoffe, heroin, which increasingly beacame a larger and larger part of normal life and
ultimately caused his premature death. “The Social Contract” on the other hand, is calmer,
more peaceful, and in a way more optimistic, without shutting it’s eyes to the real world.
And I think it’s a worthy ending to one of the best documentaries ever made.

Kenneth “Kenta” Gustafsson became a national celebrity through these films, but in his
heart he probably reamained a rebel, and somehow managed to live a decent life after all.
When he died in march 2003, aged 54, swedens last mod and a great personality
dissapeared.