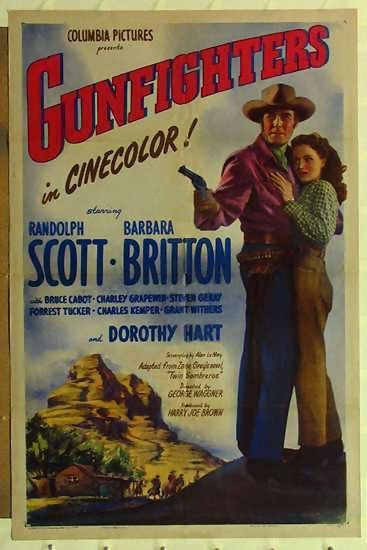 Quote:
After being forced to shoot a friend in a duel, fast-gun Randolph Scott swears to take off his gunbelt forever but finds himself drawn to the middle of a range war when he’s blamed for the murder of his best friend. Now Scott must prove to the dead man’s kid brother (John Miles) that he’s innocent. Naturally, Scott is forced to strap on guns once more to bring an end to the tyranny of local land baron Griff Barnett, his devious foreman Bruce Cabot, hired gunslinger Forrest Tucker (in a really underwritten, wasted role) and mean, crooked deputy Grant Withers. To complicate matters, Scott becomes involved with the land baron’s two daughters, nice girl Dorothy Hart and conniving Barbara Britton who is in love with Cabot. Alan Le May’s script from Zane Grey’s TWIN SOMBREROS seems to need a bit more “polish”, but Scott is terrific as always, plus the gorgeous Sedona locations (abetted by Vasquez Rocks, Jauregui Ranch and Monogram Ranch) in Cinecolor are enough to recommend this one.

Despite being a fairly routine oater, Gunfighters was a key film in the development of the B-western. It’s success led producer Harry Joe Brown and star Randolph Scott to team up for a further 16 films, culminating in the legendary “Ranown” cycle with Budd Boetticher. 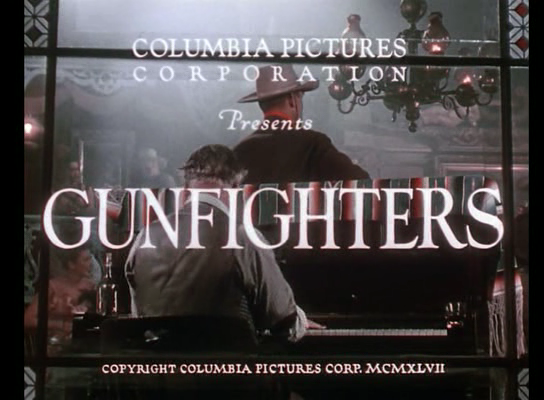 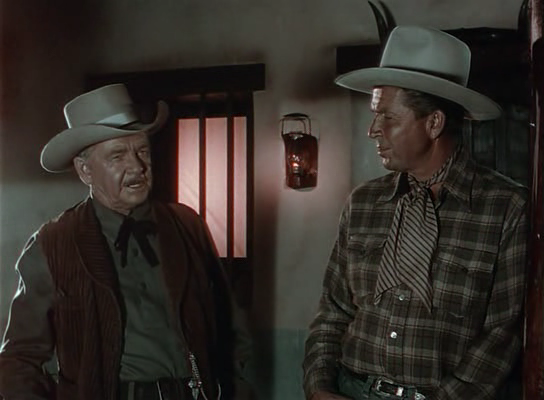 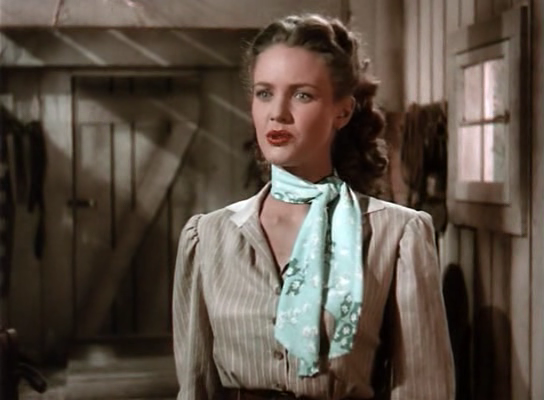 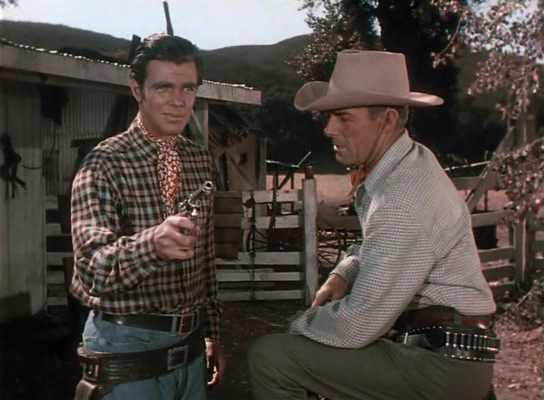