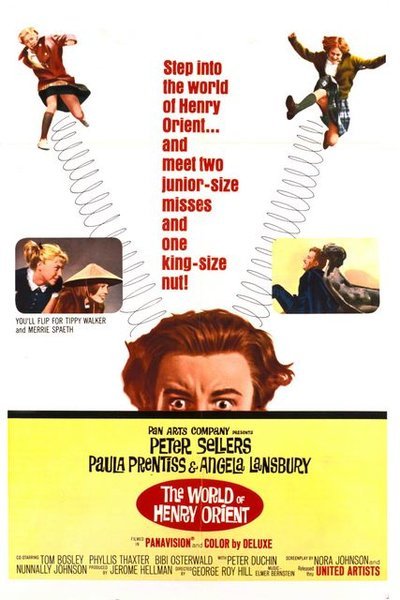 Synopsis:
Henry Orient (Peter Sellers) is a madly egocentric and overly amorous avant-garde concert pianist who is hilariously pursued all around New York City by two fourteen-year-old fans. The girls, Valarie “Val” Campbell Boyd (Tippy Walker) and Marian “Gil” Gilbert (Merrie Spaeth) chase a harassed Henry all over the city, thwarting his afternoon liaisons with a married woman and leaving utter chaos behind them – until Val’s sexually promiscuous mother, Isabel (Dame Angela Lansbury), appears on the scene to put a stop to the girls’ shenanigans.