Baron Victor von Plessen’s “Kopfjäger von Borneo” (1936) is a magnificent early ethnographic film. A painter, ornithologist and ethnographer, von Plessen (1900-1980) apparently was an independent spirit of independent financial means. There is absolutely no indication for the fact that this was produced in Third Reich Germany, but this might nevertheless account for the relative obscurity into which this film has sadly fallen. END_OF_DOCUMENT_TOKEN_TO_BE_REPLACED

Director Henri Decoin and actress Danielle Darrieux made many fine films together (Le Domino vert, Abus de confiance, La Vérité sur Bébé Donge), but few are as charming and funny as the romantic comedy Battement de coeur. Thanks to its prestigious cast, witty dialogue and abundance of comic situations, this fifth Decoin-Darrieux offering is a delight. It was also the last film they made together before their divorce the following year, although they remained friends afterwards and worked together on four subsequent films. END_OF_DOCUMENT_TOKEN_TO_BE_REPLACED 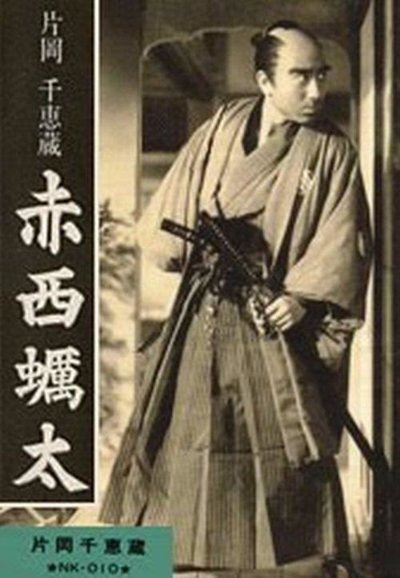 Synopsis
A samurai is ordered by his lord to go to Edo and investigate the truth behind the rumor of a rebellion against him. After collecting enough information to prove a conspiracy, the samurai needs to devise some way of leaving Edo without creating suspicion and comes up with a cockeyed plan. Based on the short story by Shiga Naoya. END_OF_DOCUMENT_TOKEN_TO_BE_REPLACED

Synopsis:
Rosario (Palma) becomes a prostitute after losing her father and discovering her boyfriend had a liaison with another woman. In Veracruz, Rosario lives above a sordid cabaret “selling her love to the men coming from the sea.” One night, sailor Alberto (Soler) rescues Rosario from the dirty hands of a drunk man. They get along and go to Rosario’s room. After making love, they begin to talk and Rosario discovers they’re siblings…
END_OF_DOCUMENT_TOKEN_TO_BE_REPLACED

IMDB says:
Anna a young girl is thought of having the ability to heal people mysteriously. Elisabeth a middle aged aristocratic woman, is disabled and puts all her hopes in meeting Anna and having her disability heal by her. END_OF_DOCUMENT_TOKEN_TO_BE_REPLACED

1776. Along with Lithuania and Prussia, Poland has succumbed to the might of the Russian Empire, but a determined resistance movement is working to bring an end to the country’s annexation. A young woman named Sonia is the figurehead of the Polish resistance fighters, but the Empress Catherine II has no fear of her, as she knows that Sonia is of Russian blood – a fact that she asks the Baron de Kempelen to make known to her political enemies. But Kempelen’s allegiances are ambiguous and he appears more preoccupied with the elaborate life-size automata he is working on than the political situation. END_OF_DOCUMENT_TOKEN_TO_BE_REPLACED

During Boys’ Week at racially integrated North High School, students Steve Smith, Gus Ruffo and Billy Anderson are elected to temporarily hold the city offices of district attorney, judge and chief of police. After Jewish tailor Herman refuses to pay protection money to Louis Garrett, Garrett’s gang bombs his store. Herman and the student who was with him survive the blast, but Herman is later murdered by Garrett after he again refuses to pay. Garrett is acquitted of murder charges because he has a perfect alibi. Steve, who had taken the stand during the trial, is humiliated by his experience as a witness because he failed to prove Garrett’s guilt. END_OF_DOCUMENT_TOKEN_TO_BE_REPLACED