Synopsis
Spoiler
Here’s an interesting Italian/German co-production, full of subjects from 1968 protest, recalling the two infamous “bikini thrillers”,”Interrabang” and “Top sensation”, in which three young beauties (Rosemarie Dexter, Doris Kunstmann and Laura Troschel), alluring their male friend (Bernard De Vries), embark on a journey in a luxury yacht around the coast of Yugoslavia, plenty of bedhopping, nudity and the usual hijinks occur before things take a sinister turn when they decide to lock themselves in a cabin and dose up on LSD
Spoiler END_OF_DOCUMENT_TOKEN_TO_BE_REPLACED 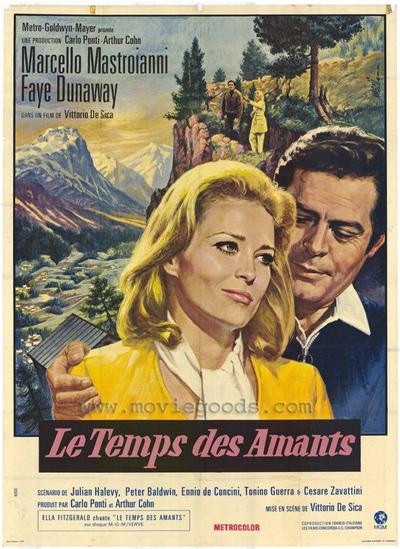 Plot summary
Julia (Faye Dunaway), a divorced American fashion designer, is dying of a tragic, incurable disease. With only ten days to live, she spends her time vacationing in an Italian villa and watching television. She spots a TV interview with an Italian engineer Valerio (Marcello Mastroianni), who designs plastic air bags to protect passengers in automobile collisions. She recognizes his face as having met him before at the airport and calls him up to invite him over to her villa where they decide to spend the next several days together, making love. Julia’s friend Maggie (Caroline Mortimer) reappears and reveals that Julia is actually an escapee from the hospital where she was being treated for her disease. Maggie urges Julia to return to the hospital where she can die a painless death. Julia ignores her and returns to the villa and the arms of her lover. Maggie then telephones Valerio and tells him about Julia’s condition. Valerio is willing to stay for the duration but Julia is so upset by the fact that her lover knows her secret that she runs to a nearby mountaintop with the intention of committing suicide. END_OF_DOCUMENT_TOKEN_TO_BE_REPLACED

Synopsis (possible spoilers):
‘Adapted from Herman Melville’s short story, Bartleby features John McEnery in the title role. A secretive, solitary lad, Bartleby works as a clerk in the accounting office of Paul Scofield. Unable to deal with Bartleby’s eccentricities, Scofield fires the clerk. But Bartleby refuses to leave, and shows up each day for work at the proper time. Only when the young man is carted away to hospital does Scofield find any peace of mind-but even then, the spectre of Bartleby looms large over the proceedings. Some find this British adaptation of the Melville original exasperatingly slow and mannered, but given the curious nature of the protagonist, how could the story have been told otherwise?’
– Hal Erickson (allmovie) END_OF_DOCUMENT_TOKEN_TO_BE_REPLACED 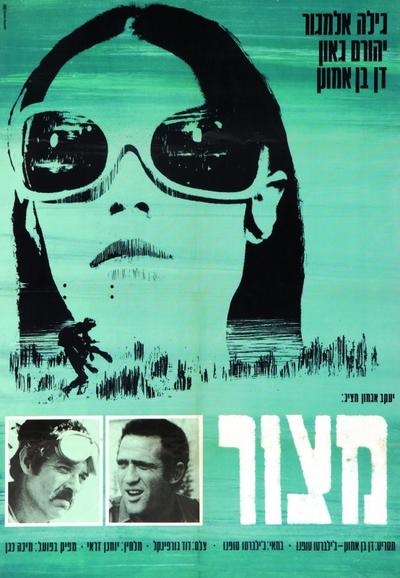 Quote:
The issue of War widow representation in Israeli cinema is one of the most complex for the local industry for it seems to be unique and with a very local and specific iconography.
The war Widow is a difficult character to digest. Because this is an especially painful topic in Israel, its mode of representation is almost always problematic.
Gila Almagor in Tofano’s “siege” is one of the first characters of the “modern” war widows to appear on Israeli cinema screens.
The human and social complexity of the status of widows was not represented adequately and personally until her complex and fine appearance in this film.
It was mostly Preceded by cliches of heroic women who have sacrificed for the nation with characters to which it was very difficult to get attached, nor to their personal grief. END_OF_DOCUMENT_TOKEN_TO_BE_REPLACED 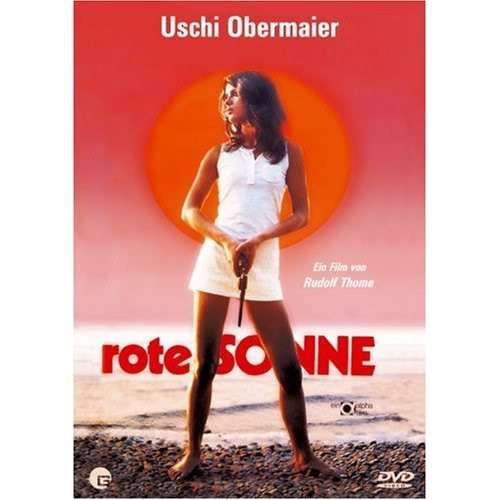 “… one of the best German movies since the silent era … “

Dark and zany, Rote Sonne provides a fascinating snapshot of 60s culture, juxtaposing the B-film crime and science fiction genres with early feminist fervor. With the tag line “Frei, wild, cool und tödlich” (free, wild, cool and deadly), it depicts a group of young women who decide to kill their boyfriends if they insist on a relationship lasting more than five days.

Rote Sonne quickly grew into some early German cult movie with a constant growing importance. Only a few years later the critics called it one of the most important German movies from that time.

Between 1968 and 1971 Rudolf Thome shot four movies in a row (including Rote Sonne). Then he was broke and had to escape Munich. He started a new life in Berlin but it took years until he started to do movies again – unfortunately never achieving such a classic again. END_OF_DOCUMENT_TOKEN_TO_BE_REPLACED 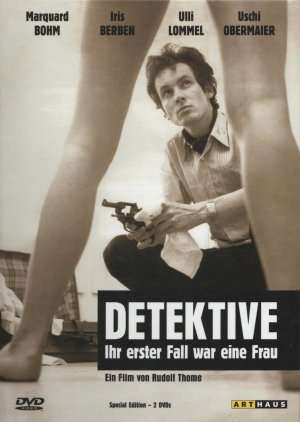 Munich in the late Sixties must have been the coolest place on earth. At least when you look at some of the movies that were made around that time. “Detektive” is Rudolf Thome’s feature debut, one year before he shot “Rote Sonne” (Red Sun) Link , and naturally it was a movie about girls and guns (and two cool dudes, proto slackers). The story is almost forgettable, it’s all about the style. And, of course, Uschi Obermaier, the star of “Rote Sonne”, whom Thome had discovered for “Detektive”. (Consequently, for most of the time, Uschi runs around in her undies) The dialogues are hilarious, super deadpan, the crime plot is ridiculous, the cinemathography (b/w and scope) beautiful. Heavily indebted to the French Novelle Vague and Hollywood’s classic gangster films, “Detektive” is miles away from the German New Wave around Wenders, Kluge and Fassbinder. That’s what makes this little flic, shot with friends on weekends (and between tours through the bars in the Schwabing district), so special.
In the lead, the great Marquard Bohm, something like the German Belmondo (a face like no other) and Uli Lommel, who went on to direct the German serial killer film “Die Zärtlichkeit der Wölfe” and numerous Hollywood b movies. Nuff said. Enjoy this very special gem! END_OF_DOCUMENT_TOKEN_TO_BE_REPLACED

Synopsis:
Dissatisfied in marriage and life, Ferdinand (Jean-Paul Belmondo) takes to the road with the babysitter, his ex-lover Marianne Renoir (Anna Karina), and leaves the bourgeoisie behind. Yet this is no normal road trip: genius auteur Jean-Luc Godard’s tenth feature in six years is a stylish mash-up of consumerist satire, politics, and comic-book aesthetics, as well as a violent, zigzag tale of, as Godard called them, “the last romantic couple.” With blissful color imagery by cinematographer Raoul Coutard and Belmondo and Karina at their most animated, Pierrot le fou is one of the high points of the French new wave, and was Godard’s last frolic before he moved ever further into radical cinema. END_OF_DOCUMENT_TOKEN_TO_BE_REPLACED