The Movie
J’Accuse is a story set against the backdrop of World War I that is considered one of the most technically advanced films of the era and the first major pacifist film. Gance, who had served briefly in the military during World War I, decided to return to active service in 1919 in order to film real battle scenes to include in the project. The film was reedited and shortened for peacetime reissue in 1922, and has not been available since in its original form. Lobster Films Studios, Paris, working in collaboration with Netherlands Filmmuseum have culled materials from the Lobster Collection, the Czech archive in Prague, the Cinematheque Francaise, and the Netherlands Filmmuseum to make the best possible and most complete edition of the original 1919 edit of the film. END_OF_DOCUMENT_TOKEN_TO_BE_REPLACED

Synopsis:
A young girl, rich and orphaned (Emmy LYNN), harrassed by a deprived adventurer (Jean TOULOUT) and by his sister, kills the latter. The adventurer blackmails her. A year later, the girl marries a famous composer, an admiror of Beethoven (Séverin MARS). The adventurer starts courting, secretly, the composer’s daughter (Elizabeth NIZAN) – daughter by a previous marriage. The composer, on finding out that a sordid relationship had existed, in the past, between his wife and the adventurer wrote, on the occasion of his daughter’s engagement, a symphony describing his unhappiness. The composer hereby defines the theme of the 10th symphony: “At the feet of his master Beethoven , a musician distraught by the treason of women, tries to forget and express his sadness”. END_OF_DOCUMENT_TOKEN_TO_BE_REPLACED 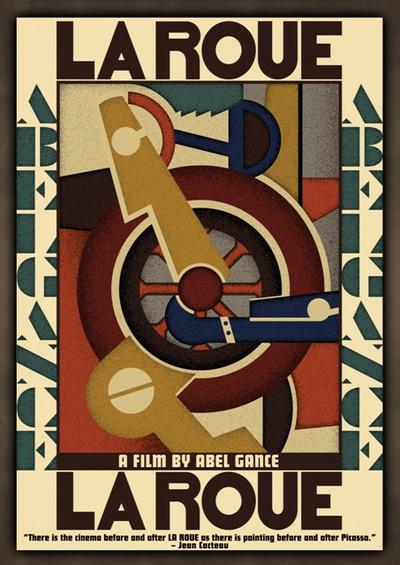 Never before released in the United States, this monumental French film is one of the most extraordinary achievements in the whole history of cinema. Written and directed by Abel Gance (Napoleon, J’Accuse), three years in production, and for its time unprecedented in length and complexity of emotion, La Roue pushed the frontiers of film art beyond all previous efforts. Said Gance, “Cinema endows man with a new sense. It is the music of light. He listens with his eyes.” END_OF_DOCUMENT_TOKEN_TO_BE_REPLACED 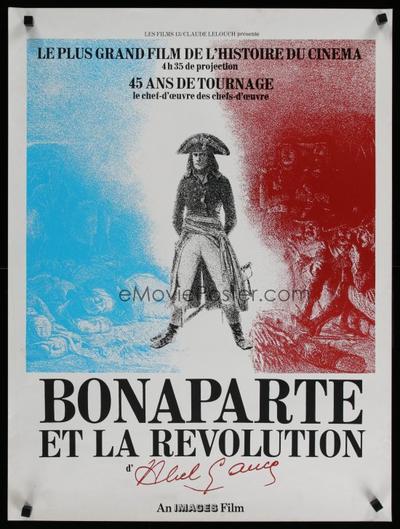 The last film made by legendary French director Abel Gance, Bonaparte et la révolution (1971) was also his final attempt to release the Napoleonic biopic he had begun in the 1920s. Napoléon, vu par Abel Gance (1927) was over nine hours long, but represented only the first of a planned six-film series. Having failed to get funding for the remaining episodes, Gance revamped his silent film as Napoléon Bonaparte (1935) – adding newly-shot scenes and dubbing his decade-old footage. After other abortive attempts to resurrect part or all of his biopic in the 1950s, Gance gained funding from Claude Lelouch to release Bonaparte et la revolution in 1971. This last version recycles footage from the films of 1927 and 1935, as well as material from his television work of the 1960s. The result is a bizarre mishmash of old and new images, performances, and voices – less a coherent film than a document embodying the whole of Gance’s 45-year involvement with his eternally incomplete project. END_OF_DOCUMENT_TOKEN_TO_BE_REPLACED 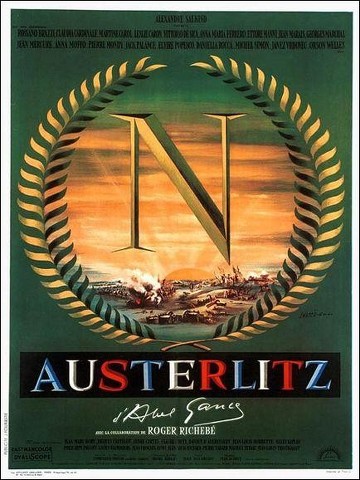 In what must be the longest lapse of time between a film and its sequel, 70-year-old Abel Gance continues his nearly legendary, 1927 historical drama Napoleon with this tale of Napoleon’s life after his victories in Italy. The first half of Austerlitz delves into the private life of Napoleon Bonaparte (Pierre Mondy), the prodigal son of Corsica. The supreme commander of the French armed forces goes about his family life and dallies with Josephine (Martine Carol) and mistress Mlle. de Vaudey (Leslie Caron). He occasionally displays bursts of temper that presage some of the macho violence of the battle scenes in the second half of the film, after Napoleon has proclaimed himself Emperor. This sequel shows that Gance has not lost his directorial touch. ~ Eleanor Mannikka, All Movie Guide END_OF_DOCUMENT_TOKEN_TO_BE_REPLACED 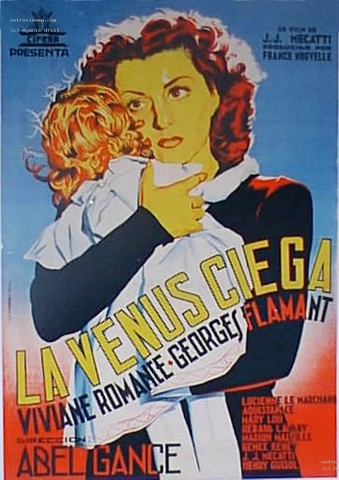 From Wikipedia :
Vénus aveugle (Blind Venus) is a 1941 French film melodrama, directed by Abel Gance, and one of the first films to be undertaken in France during the German occupation. (It is also sometimes cited as La Vénus aveugle.) In the upheaval following the German invasion of France, in summer 1940 Abel Gance went to the Free Zone in the south and arranged a contract to make a film at the Victorine studios in Nice. The original title was to be Messaline, drame des temps modernes (“Messalina, a drama of modern times”), but it was later changed to Vénus aveugle. Although the film is not set in any specified period, Gance wanted it to be seen as relevant to the contemporary situation in France. END_OF_DOCUMENT_TOKEN_TO_BE_REPLACED 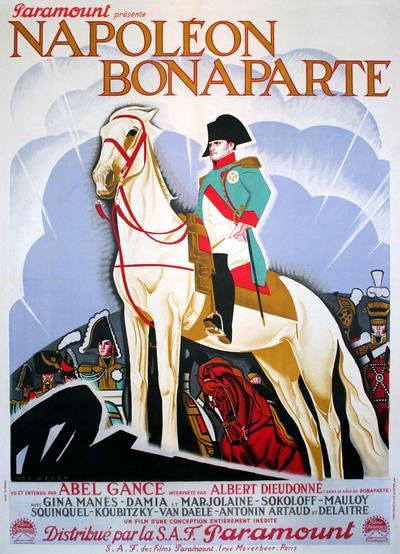 French language only, no english subtitles.

One of the most high-profile casualties of the transition from silent to sound cinema was the French filmmaker Abel Gance. In the silent era, Gance had proven himself to be as great a cineaste as the other legendary pioneers of cinema, D.W. Griffith and Sergei Eisenstein, through a series of groundbreaking masterpieces that included J’accuse! (1919), La Roue (1923) and Napoléon (1927). It was the latter film that was to earn Gance particular acclaim and lasting recognition as one of the architects of cinema art, a five hour visionary epic that presented the early career of Napoléon Bonaparte with a visual artistry and panache that is, to this day, virtually unrivalled. As he struggled to make much of an impact with his sound films, it was inevitable that Gance would return to his earlier great achievement and give it a voice. His sound version of Napoléon would prove to be both a monumental piece of cinema in its own right and a terribly prescient foretaste of the cataclysmic events that would soon overtake Europe in the mid-to-late 1930s. END_OF_DOCUMENT_TOKEN_TO_BE_REPLACED