Quote:
Originally shot in the mid-’70s, Agnès Varda’s vérité documentary Daguerréotypes has aged splendidly, acquiring flavors that would’ve been inconceivable at the time it was made. Back then, Varda hauled her camera around her Paris neighborhood on the Rue Daguerre, intending to capture what went on in the little shops in what was at the time one of the city’s most bustling commercial districts. As Varda explains early on in her voiceover narration, she wasn’t looking for esoterica. She filmed butchers, bakers, tailors, grocers, hairstylists, driving-school instructors… people she saw every day. And her vignettes are short: just a transaction or two, cut together with interviews about the merchants’ pasts, and portrait-style shots of them puttering about their businesses. END_OF_DOCUMENT_TOKEN_TO_BE_REPLACED 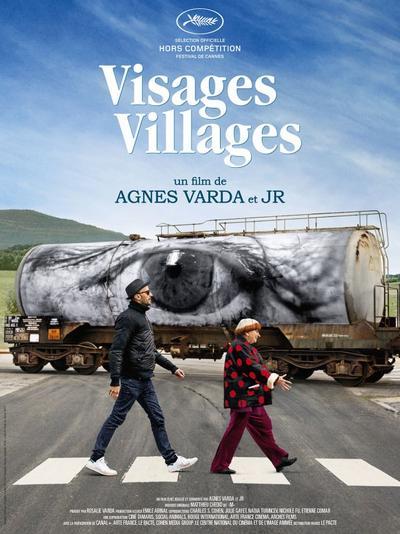 Quote:
Agnès Varda and JR have things in common: a passion for and the exploration of images in general, and more precisely, for places and for ways of showing, sharing, and exhibiting them. Agnès chose cinema. JR chose to create open air photography galleries. When Agnès and JR met in 2015, they immediately wanted to work together, to shoot a film in France, far from cities, during a trip in JR’s photographic (and magical) truck. Through chance encounters and prepared projects, they reached out to others, listening to them, photographing them, and sometimes putting them on posters. This film also tells the story of Agnès and JR’s friendship, which grew stronger throughout the film shoot, between surprises and teasing, and while laughing about their differences. END_OF_DOCUMENT_TOKEN_TO_BE_REPLACED

Quote:
While in San Francisco for the promotion of her last film in October 1967, Agnès Varda, tipped by her friend Tom Luddy, gets to know a relative she had never heard of before, Jean Varda, nicknamed “Yanco”. This hitherto unknown uncle lives on a boat in Sausalito, is a painter, has adopted a hippie lifestyle and loves life. The meeting is a very happy one. END_OF_DOCUMENT_TOKEN_TO_BE_REPLACED 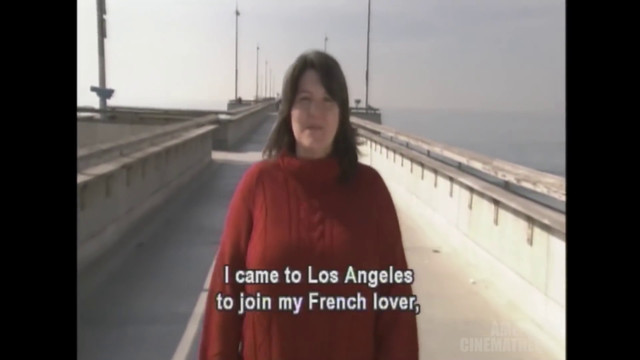 Quote:
Varda shot “The Little Story of Gwen From French Brittany” over several years beginning in 1996. The documentary short follows Varda’s friend Gwen Deglise as the two meet in Paris in 1996 and Deglise then moves to Los Angeles. Deglise is now the head programmer for the American Cinematheque. The short film was sent to American Cinematheque accompanied by a letter from Deglise in which she writes about how her life often crossed paths with Varda’s since their first meeting in 1996. It was during this first encounter where Varda asked Deglise if she could follow her around with a camera as Deglise ventured to Los Angles. END_OF_DOCUMENT_TOKEN_TO_BE_REPLACED

Aesthetically, Agnès Varda’s two 1988 features, Jane B. par Agnes V. and Kung-Fu Master!, are diametrically opposed, but they’re linked by the showcase opportunities that they provide actress, singer, and model Jane Birkin. Kung-Fu Master! is, on its surface at least, a straightforward drama, one that concerns a middle-aged single mother, Mary-Jane (Birkin), finding herself smitten by her adolescent daughter’s classmate, Julien (Mathieu Demy). But like any story about this kind of subject matter, the simplicity of the setup belies the moral and emotional quandary it underpins. Even the midlife crisis suggested by Mary-Jane’s infatuation must be viewed within the context of the pressure that society, not internal doubt, places on women who turn 40. END_OF_DOCUMENT_TOKEN_TO_BE_REPLACED

Quote:
There is a good theory that explains why Agnes Varda’s Jane B. for Agnes V. was never officially distributed in the United States. Apparently, the few distributors that saw it after Varda completed it in 1988 concluded that it was too abstract and therefore too risky to sign. So until recently, it had been screened only a few times at festivals and retrospectives. END_OF_DOCUMENT_TOKEN_TO_BE_REPLACED

Quote:
Agnes Varda directed this drama which combines formal dramatic structures with the openness of improvisational cinema verite. Independent filmmaker Shirley Clarke plays an avant-garde film director attempting to work with a major studio to finance her next project, in which she hopes to collaborate with James Rado and Jerome Ragni, creators of the musical Hair (who play themselves). She also wants to use Andy Warhol superstar Viva (who also appears as herself) as her leading lady. However, after much give and take between herself and the moneymen, the director learns that the plug has been pulled on her project, pushing her to the brink of suicide. END_OF_DOCUMENT_TOKEN_TO_BE_REPLACED