Synopsis:
A sad man meets a beautiful, secretive woman who may or may not be involved in some conspiracy ring dealing in kidnapped women used as prostitutes. After several days of their sadly passionate relationship she disappears. The sad man is unable to locate her as all the local Turkish people pretend not to remember any such woman. He suddenly finds her again (she finds him?) and before she can explain her disappearance she is killed in a car crash while he is in the passenger seat. He replays the accident over and over in his mind trying to remember how she died if he caused the accident himself by grabbing the wheel. END_OF_DOCUMENT_TOKEN_TO_BE_REPLACED 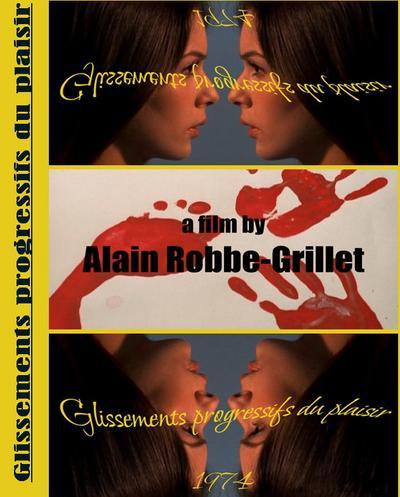 Quote:
When you think of art house directors you probably think of some of the more famous filmmakers like Werner Herzog (Aguirre, the Wrath of God), Peter Greenaway (The Cook, the Thief, His Wife & Her Lover) or Alejandro Jodorowsky (Holy Mountain). Someone you may not know is French writer and filmmaker Alain Robbe-Grillet. Robbe-Grillet was part of the “nouveau roman” novelist movement which diverted from the classical style of writing and deviated from the norm with experimental prose. The same could be said with his film Glissements progressifs du plaisir (literal translation is “Gradual shifts of pleasure”) aka Successive Slidings of Pleasure where he blends dreamlike visuals with eroticism and, oddly, nunsploitation. END_OF_DOCUMENT_TOKEN_TO_BE_REPLACED 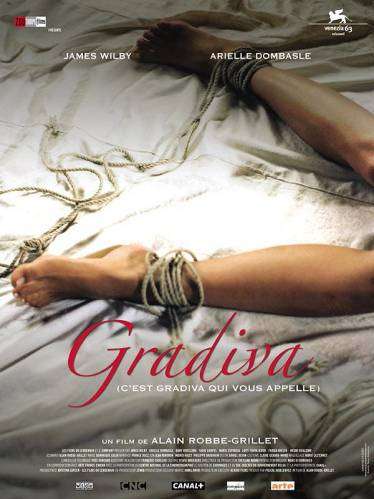 Quote:
The revered and celebrated Alain Robbe-Grillet’s supernatural drama C’est Gradiva qui vous appelle (AKA That is Gradiva Who Calls You) – a French-Belgian co-production – concerns John Locke, an art historian immersed in Asian research on the Marrakeshi casbah, accompanied by Belkis, his servant and mistress. Amid his studies of Eugene Delacroix, Locke repeatedly encounters a lithe, ethereal female presence in the city’s medina (or Arabic quarter) who draws him seductively through the city’s mazelike streets, again and again, but repeatedly vanishes. He then encounters Anatoli, a self-professed antique dealer and curator of Oriental artifacts for beginners itching for a challenge. Belkis persuades Locke to keep his distance from these individuals, but Locke blatantly ignores her admonitions and forges ahead – never quite realizing that the spirits are toying with him, and drawing him into a dead-end psychosexual black hole. END_OF_DOCUMENT_TOKEN_TO_BE_REPLACED 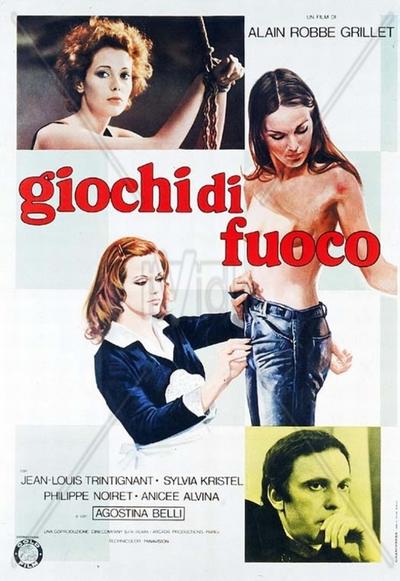 When Carolina (Anicee Alvina), the daughter of wealthy banker Georges de Saxe (Philippe Noiret), is reported kidnapped, it is upsetting to him even though he knows it isn’t true. The kidnappers have taken the wrong person. The banker hires Frantz (Jean-Louis Trintignant) a disheveled, seedy detective to find his daughter and hide her safely away. She soon finds herself in a fantasyland whorehouse, where all kinds of extreme perversions are routinely practiced. There, a near-double of her father whips and then seduces her. Eventually, she and the private eye escape or leave, having extorted the kidnapping money from the girl’s father. ~ Clarke Fountain, Rovi END_OF_DOCUMENT_TOKEN_TO_BE_REPLACED Plot summary
A sailor who was accused of killing a teenage girl and who was presumed to have drowned while making his escape, returns to the Mediterranean island where the alleged crime took place. But all is not what it appears. Robbe-Grillet keeps us guessing as to whether the murder actually took place and teases the viewer with the possibility that the sailor may be a restless spirit or a figment of the imagination conjured up by the victim’s father to assuage his own guilt. Too many questions and not enough answers make for a very frustrating investigation. END_OF_DOCUMENT_TOKEN_TO_BE_REPLACED 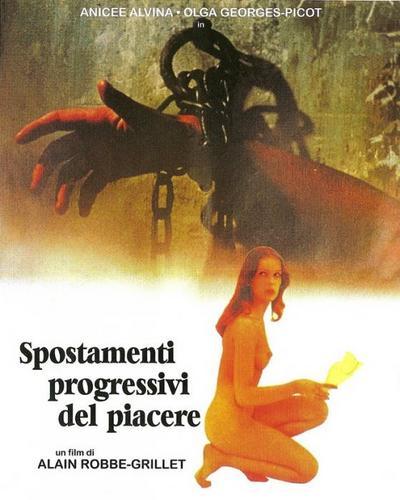 Summary: A young woman is questioned by the police and the judges, suspected of being a modern witch. The girl who shared her apartment has been found dead, and a pair of scisors impaled through her heart, as she lay attached to the bedposts. Apparently, the girl does have powers, to make all people around her fall prey to her spell, glissing progressively into desire, lust, and the unknown. END_OF_DOCUMENT_TOKEN_TO_BE_REPLACED 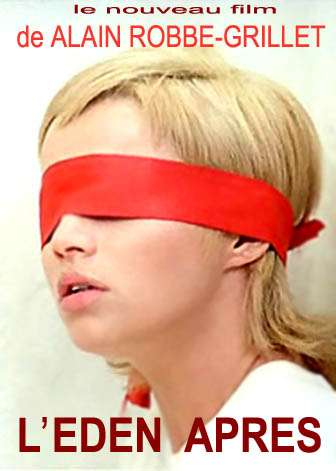