Aleksandr Sokurov – Elegiya dorogi AKA Elegy of a Voyage [+Extras] (2002)

From Kinoglaz.fr
In this film, the artistic transformation of the objects of reality reaches the pinnacle of the author’s alteration of this reality. The author’s thoughts and words anticipate the appearance of visual images crystallised from flickering impressions of reality, composed in a manner that is eloquent yet austere, fantastic yet truthful.
In this voyage the names of people and places are alienated: this unfettered dream, a dream about the infinitude of space and time, needs no frontiers or passports. END_OF_DOCUMENT_TOKEN_TO_BE_REPLACED 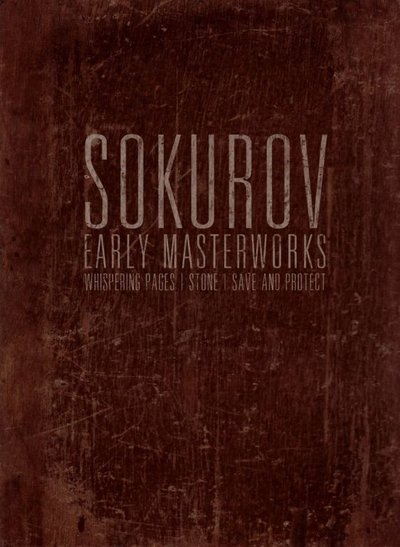 Quote:
“If ever a film replicated the state of dreaming, Stone does. Which is not to say it is, in the classical sense, surreal; but it has the flow and fugitive feeling of a half-remembered reverie, full of mysteries, portents, inexplicable happenings, and chimerical objects. Set in (and filmed in the actual) Chekhov museum, Stone centers on the relationship between a young museum guard and an older visitor who seems at different times to be a lover, a doctor, or a surrogate father. Shot in evanescent black and white with a sound track of silences, breathing, natural sounds, and fragments of classical music, Stone is haunting and enigmatic” (James Quandt) END_OF_DOCUMENT_TOKEN_TO_BE_REPLACED

An ancient, solitary house lost in the remote mountains of the village of Aska, in Japan. Inside the house lives an old solitary woman, whose humble life is made of little and silent tasks and traditions whose origins are lost in time: stitching kimonos, cooking, eating, keeping the fire alight, combing her hair, reciting unadorned a haicai, a prayer on solitude. With music from Japanese folklore and melodies from Tchaikovsky, Sokurov creates a poem in images which recalls a culture thousands of years old and his own feelings of nostalgia for his native Russia. END_OF_DOCUMENT_TOKEN_TO_BE_REPLACED

Synopsis:
Two elderly women, who have led remarkable lives, live deep in the Kurdistan region of Iraq. One, born in Russia, fell in love with a Kurdish student and set off to his native village here, where she spent the rest of her life filled with pain, turbulence and violence sparked by war. The other, a matron in the true sense of the word has witnessed numerous deaths and unexplained disappearances of the members of her large family. Their movements are calm, full of determination and wisdom that only old age can bring.
Simple lives that at the same time possess poetic dreamlike qualities, transparent, yet full of profound mystery are an ode to the joy of the ordinary life. END_OF_DOCUMENT_TOKEN_TO_BE_REPLACED

A documentary film about the agricultural development in the region of Gorky: the everyday life in a sovkhoz, the building of a reservoir and of a greenhouse. END_OF_DOCUMENT_TOKEN_TO_BE_REPLACED Sokurov shows the official manifestation and fireworks on the 1st of May, one of the ritual celebrations of Soviet times, as a gathering of tired participants of a mass scene falling into pieces without the director’s orders and without any aims. Outbursts of joy without reason, mixed here and there with equally unmotivated signs of anxiety are given in brief sketches of a restless and pitiful crowd. A part instead of the whole, individual instead of common, a symbol growing up from details are the postulates of Eisenstein’s representation of the “people’s masses,” both the chorus and the protagonist of the Soviet official culture. Sokurov revises these postulates in the context of our time when the chorus has gone out of action, both in the aesthetic and in the social sense, and the protagonist is absent. However, both chorus and soloist are introduced into the picture of the festivity by the hand of the author: Sokurov puts a church canticle into the soundtrack of the film. It is an evening Orthodox prayer of repentance: “let my prayer be like incense before Thou, like my hands uplifted, an evening sacrifice.” END_OF_DOCUMENT_TOKEN_TO_BE_REPLACED