Last film by Assi Dayn.
Dr. Yoel Pomerantz, 64, is an unemployed clinical psychologist who lives in poverty with his 30 year old son Yoav in a 12th floor apartment. Pomerantz volunteers at ANA, the psychology hotline and is an expert at dialoguing with potential suicide callers. Occasionally he suggests that they come to his clinic for private therapy sessions. END_OF_DOCUMENT_TOKEN_TO_BE_REPLACED 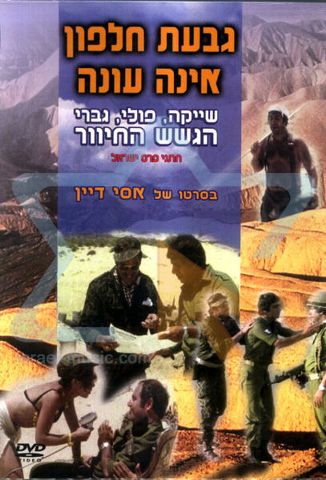 Quote:
Sgt. Jinji is very interested in Yaeli, Mr. Hasson’s youngest daughter. After getting into a dispute with a fuming Mr. Hasson who falsely believed Jinji wanted to marry his eldest daughter, Jinji is kicked out of Mr. Hasson’s house. Having witnessed the scene, and unbeknownst to Mr. Hasson nor Jinji, Yaeli escapes too and hides in the back of Jinji’s jeep, intent to join him despite her father’s wishes.

On the way to his army base, Jinji picks up Konstanza, a shady businessman, who has been evading reporting to reserve duty for a while. Konstanza also happens to owe money to Mr. Hasson (due to a very dubious business deal gone awry), and Mr. Hasson decides to look for Konstanza to get his money back. All our characters end up in the middle of the desert at a small, somewhat improvised military base.
END_OF_DOCUMENT_TOKEN_TO_BE_REPLACED