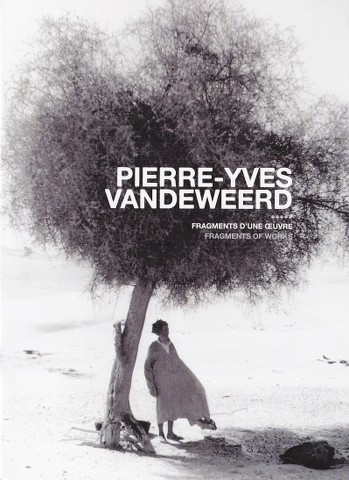 Essay from the booklet:
Spoiler
This film was born out of the encounter with a man, Fara Bâ. He wanted to testify in order not to forget those who were political prisoners at the fort of Ouatala ten years before, for having opposed the racial segregation they suffered as black people. Many of his companions died there. It is the testimonies of these former prisoners, those who survived prison, which Pierre-Yves Vandeweerd is going to collect over a ten-year period, without any camera. When it became necessary to make a film out of this, upon the request of Fara Bâ, only the words mattered. The film was to be constructed on the narrative of these years of detention, a narrative co-written with the film-maker on the basis of the testimonies of the group of survivors. Fara Ba is their spokesperson. His voice is the one which tells and it overshadows that of the film-maker whose presence vanishes for the duration of a film. The starting point is this encounter and not an intention or vision of the film-maker. The necessity of tt1e film does not come from him at first. The images are claimed by the narrative, told by the man’s voice, “spokesvoice” for his companions. END_OF_DOCUMENT_TOKEN_TO_BE_REPLACED It is a film about motorway, tourists under transhumance, concrete picnic tables, lines to the restroom, tepid melon slices and carwashs. It is a film about a man who wants to leave and a kid holding him back. It’s a summer’s film. END_OF_DOCUMENT_TOKEN_TO_BE_REPLACED 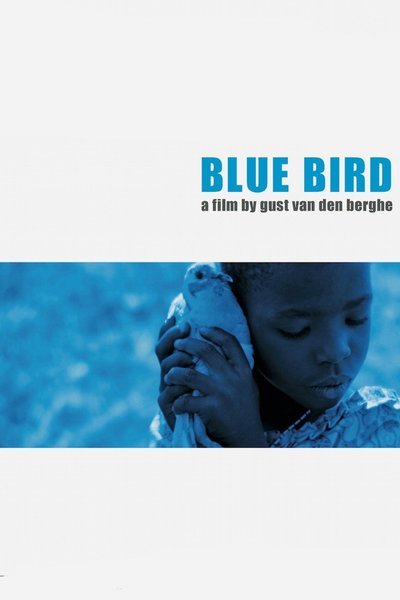 Blue Bird is a story about how one day in a child’s life can change its world. One morning, Bafiokadié and his sister Téné, two African children, leave their village. The only thing on their mind is to find their lost blue bird before the day is over. But they will find much more along their way. END_OF_DOCUMENT_TOKEN_TO_BE_REPLACED

Summer 2002 – Palestinian filmmaker Michel Khleifi and Israeli filmmaker Eyal Sivan embarked on a cinematographic journey through their country, Palestine-Israel. For this trip they traced a route on a roadmap. They called it “Route 181”, after Resolution 181 adopted by the UN in 1947. This resolution divided Palestine into two states, 56% of land for the Jewish minority, 43% for the Arab majority and the rest, an international zone. This theoretical line presented as a solution caused the first Arab-Israeli war, which is yet to end. This journey along Route 181 followed this border that has never existed. END_OF_DOCUMENT_TOKEN_TO_BE_REPLACED

Pim, the emotionally abandoned and affection-starved young gay son of a small seaside town’s resident floozy, grows up dreaming intensely of a loving father who will someday come for him, but never does. Frequently home alone, Pim often spends time at a neighbor’s house where another single mom and her two teenage children accept him matter-of-factly. As Pim is about to turn 15, he and neighbor boy Gino become each other’s friend-with-benefits, entering a period of sexual awakening together. Life, however, is all about change, and while Gino (a couple years older) is ready to move on and move out, Pim is not, leaving Pim behind to carry on with his continuing crush for Gino (while Gino’s sister Sabrina develops an unrequited crush for Pim). END_OF_DOCUMENT_TOKEN_TO_BE_REPLACED

Quote:
New York City’s Monterey is a residence hotel; the residents we see are older, most live alone. The camera, usually stationery, begins with a look into the lobby. The film ends with a panorama from the hotel’s rooftop. There’s no soundtrack. The lobby is clean with granite floors. Men wear hats. People enter and exit an elevator. The camera looks out from within the elevator as doors open and close. People sit alone and motionless in their apartments. There are long shots of empty halls. Paint peels. The flooring on upper levels is linoleum. Hall lights are florescent. Doors open a crack then close. The film provides the feeling of what it’s like to live there. END_OF_DOCUMENT_TOKEN_TO_BE_REPLACED

Quote:
After a failed attempt at working on a foreign film set, 26 year-old Ana returns to her hometown of Strasbourg. Over the scorching summer that follows, she decides to replace her grandmother’s bathtub with a walk-in shower, eat peas and carrots with ketchup, drive a Porsche, harvest plums, lose her driver’s license, sleep with her best friend and get back together with her ex. In short, over this particular summer, Ana tries to get her life together. END_OF_DOCUMENT_TOKEN_TO_BE_REPLACED