Quote:
A simple story about the status of old people in African society told with amazing grace”. A small african village. Bila, a ten year old boy who befriends an old woman, Sana. Everybody calls her ‘Witch’ but Bila himself calls her ‘Yaaba’ (grandmother). When Bilas cousin Nopoko gets sick it is Sana’s medicin who rescues her. END_OF_DOCUMENT_TOKEN_TO_BE_REPLACED 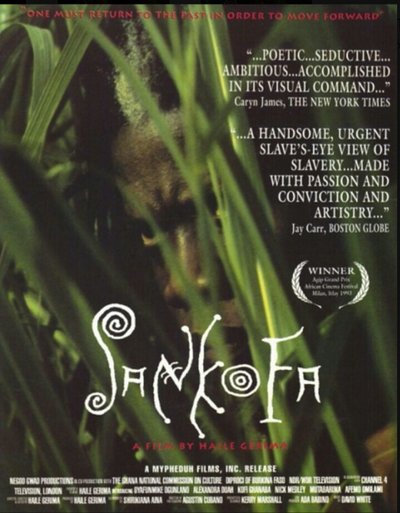 The opening sequences, set and filmed in Ghana, are alternately seductive and off-putting. Among drums and chants, a voice invokes ancestral ghosts. “Spirit of the dead, rise up,” the voice says, “and claim your story.” The film’s title is a West African term meaning to reclaim the past in order to go forward, and “Sankofa” stumbles only in its depiction of the present. END_OF_DOCUMENT_TOKEN_TO_BE_REPLACED