Quote:
Abouna is a gently heartbreaking look at the lives of two boys growing up impoverished and fatherless in Chad. Filmmaker Mahamat-Saleh Haroun mixes in telling bits of documentary realism with his story of the two boys’ lackadaisical search for their father. The filmmaker takes his time with the tale, lingering on details, like a long shot of the two boys meandering across a field, roughhousing and walking on their hands. Haroun also pointedly displays posters for Charlie Chaplin’s The Kid, Idrissa Ouedraogo’s Yaaba, and Jim Jarmusch’s Stranger Than Paradise outside the little movie theater that the boys visit. END_OF_DOCUMENT_TOKEN_TO_BE_REPLACED 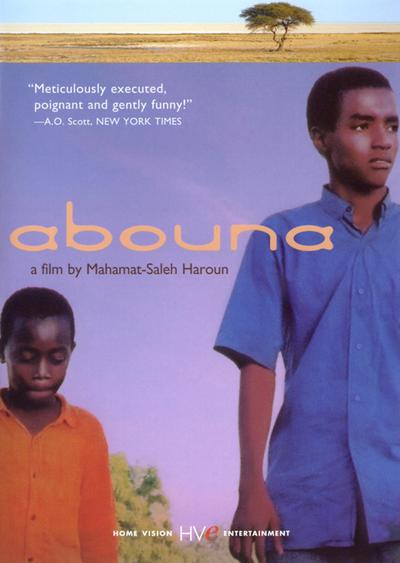 synopsis – AMG:
Nine-year-old Amine (Hamza Moctar Aguid) and his older brother, Tahir (Ahidjo Mahamat Moussa), are at loose ends when their father walks out on them one day for no apparent reason. Their mother (Zara Haroun) tells them that their father is “irresponsible.” Amine doesn’t understand the word, so he looks it up and ends up believing that it means their father is “not responsible” for his actions. In their search for their father, the boys go to the local cinema, where Amine is convinced that he sees their father up on the screen. He even seems to address them from the film. The two boys steal the film to examine it for evidence of their father’s presence. When they’re caught, their distraught mother gives up and sends them off to a madrasah, a strict Muslim boarding school. There, the headmaster’s grieving wife (Ramada Mahamat), whose own son has drowned, takes pity on Amine, who, on top of his emotional pains, suffers from asthma. Tahir meets a beautiful deaf mute girl (Mounira Khalil) who lives nearby. But the boys are woefully unhappy, and they plot their escape. When another boy teases Amine for his inability to swim, Amine responds with violence, which eventually leads to tragic results. Abouna is the second feature from Chad-born, France-based writer/director Mahamat-Saleh Haroun (Bye Bye Africa). It was shown at New Directors/New Films in 2003. — Josh Ralske END_OF_DOCUMENT_TOKEN_TO_BE_REPLACED 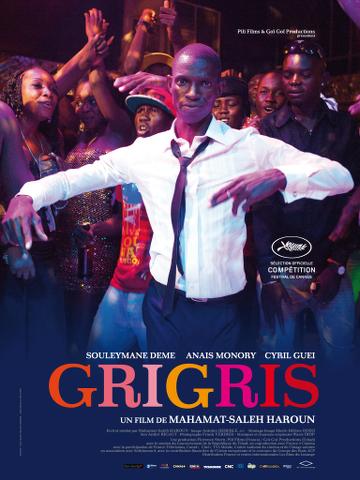 Despite a paralyzed leg, Grigris, a 25 year old living in Chad, dreams of being a dancer, but his dreams are dashed when his uncle falls critically ill. To save him, Grigris resolves to work for petrol traffickers.
END_OF_DOCUMENT_TOKEN_TO_BE_REPLACED 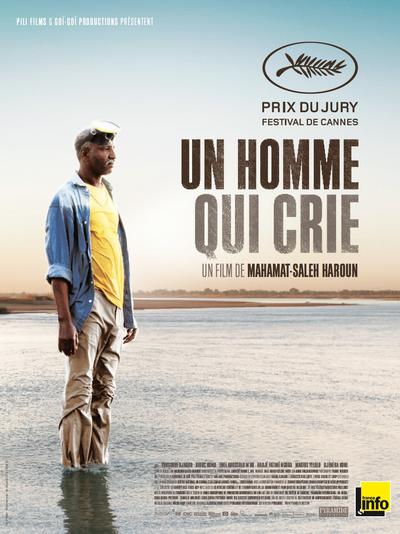 Quote:
Present-day Chad. Adam, sixty something, a former swimming champion, is pool attendant at a smart N’Djamena hotel. When the hotel gets taken over by new Chinese owners, he is forced to give up his job to his son Abdel. Terribly resentful, he feels socially humiliated. The country is in the throes of a civil war. Rebel forces are attacking the government. The authorities demand that the population contribute to the “war effort”, giving money or volunteers old enough to fight off the assailants. The District Chief constantly harasses Adam for his contribution. But Adam is penniless; he only has his son…. END_OF_DOCUMENT_TOKEN_TO_BE_REPLACED