Synopsis:
In the late nineteenth century, Ellen Creed works as the live-in companion to Miss Leonora Fiske, a retired actress who lives in the English countryside and who still retains her theatrical mannerisms. Ellen receives notice that the landlady of her two sisters, Emily Creed and Louisa Creed, who currently live in London, is threatening to call the police to haul them away to an asylum because of their disruptive behavior due to their mentally deranged state. Ellen will not allow her sisters to be institutionalized, and convinces Miss Fiske to allow them to stay with them for a couple of days. Miss Fiske was unaware of their deranged mental state when she agreed and is also unaware that Ellen hopes to make their stay permanent. END_OF_DOCUMENT_TOKEN_TO_BE_REPLACED

Synopsis:
Johnny Farrell has just arrived in Buenos Aires, Argentina, where he is making a living cheating in gambling, primarily in informal street games. He begins a more stable life when, upon a chance meeting, he convinces Ballin Mundson, the violent and less than scrupulous owner of the local illegal casino, to hire him on the premise that it is better for Ballin to have the “enemy” on his side. Besides the casino, which the local authorities are aware of, Ballin is involved in an international illegal tungsten cartel. Johnny quickly rises to be Ballin’s trusted right hand man. END_OF_DOCUMENT_TOKEN_TO_BE_REPLACED 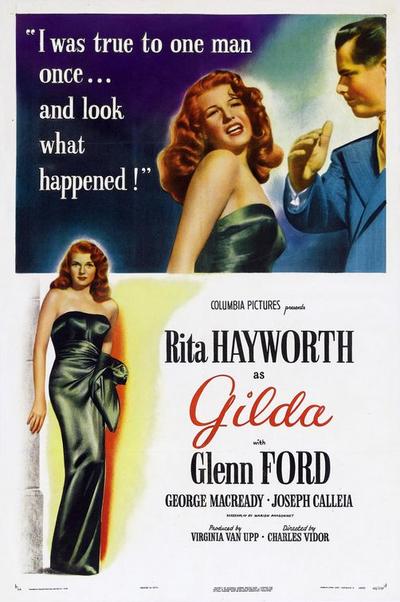 I warned you once. You didn’t
listen. Now you’re through.
– Through with what?
– The casino. You’re fired.

You are mistaken. I will be here
after you are gone, Mr. Peasant.

Plot Synopsis
In Argentina, Johnny Farrell (Glenn Ford) wins money at dice and is held up; but Ballin Mundson (George Macready) rescues him with a sword-cane and recommends a gambling club. Johnny goes there and wins at blackjack. Ballin is the owner and tells him to leave, but Johnny hits back at his thug Casey (Joe Sawyer) and asks for a job. People celebrate the end of the war, and Ballin puts Johnny in charge while he is away… END_OF_DOCUMENT_TOKEN_TO_BE_REPLACED 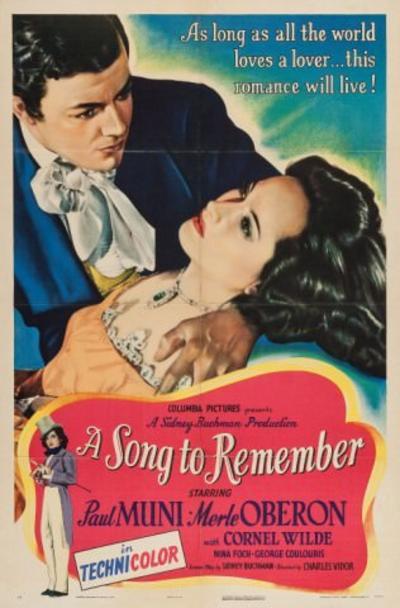 Quote:
Review from IMDb:
“A Song to Remember” is supposed to be the life of Chopin but in fact, very little in it is historically accurate. It’s still a beautiful, emotional, and sumptuous movie, filled with the heavenly music of Chopin played by Jose Iturbi.
“A Song to Remember” helped to popularize Chopin’s romantic, passionate music and launched Cornel Wilde’s star into the heavens. Though he’s never done much for me personally, he cuts a dashing figure as Chopin. END_OF_DOCUMENT_TOKEN_TO_BE_REPLACED