Woman Basketball Player No. 5 not only explores the problems that a young female athlete faces in coming to grips with her ambitions in the field of sports, it portrays the fate of two different generations of Chinese athletes, one pre- and the other post-Liberation. END_OF_DOCUMENT_TOKEN_TO_BE_REPLACED

From the BFI website:
Drama about the exploitation of a Tibetan serf and his liberation by the People’s Liberation Army. Orphaned Jampa is brought up by his grandmother until she dies when he is twelve. The serf-owner Namgyal makes him a house serf and ill-treats him. Lamka, the sister of his blacksmith friend Gezong, tells him the P.L.A. has reached Tibet. Jampa, Gezong and the P.L.A defeat the plots of Namgyal and Thugpen, the hypocritical `living buddha’ and the serfs are emancipated. END_OF_DOCUMENT_TOKEN_TO_BE_REPLACED

A heroic People’s Liberation Army nurse continues caring for wounded and getting them safely to hospital even though she has been wounded. END_OF_DOCUMENT_TOKEN_TO_BE_REPLACED

‘This movie was adapted according to the homonymy fiction by Malaqinfu. There was a pair of lovers in a big plain, shepherdess Sarengewa and hunter Sangbu. They were dear to each other, worked arduously, and built their pleasant life with their hands. Secret agent Baolu did something bad, and persuade Sarengewa’s father Baiyire to retreat from Huzhu group, Baiyire refused him understandingly. Then Baolu thought up another trick: he cut the rope of the livestock balustrade under the cover of storm, frightened livestock escaped all around. END_OF_DOCUMENT_TOKEN_TO_BE_REPLACED 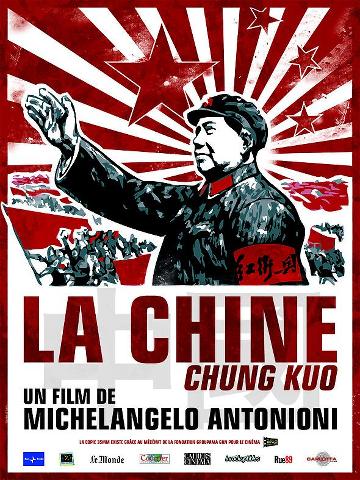 In 1970, Italian director Michelangelo Antonioni was asked to return to his roots as a documentarian for this profile of China, fully sanctioned by the government of the People’s Republic. In a detached, distant style, the director and his crew pick up snatches of life in and around Bejing, including: kids at an elementary school; a hospital where a woman is giving a cesarean birth; and a cotton mill and its workers. Despite Antonioni’s efforts, China denounced the finished film, and as such, it has gone relatively unseen in most parts of the world, including the United States. END_OF_DOCUMENT_TOKEN_TO_BE_REPLACED