Quote:
Before he became a sensation with the twisty revenge story Memento, Christopher Nolan fashioned this low-budget, 16 mm black-and-white neonoir with comparable precision and cunning. Providing irrefutable evidence of Nolan’s directorial bravura, Following is the fragmented tale of an unemployed young writer who trails strangers through London, hoping that they will provide inspiration for his first novel. He gets more than he bargained for when one of his unwitting subjects leads him down a dark criminal path. With gritty aesthetics and a made-on-the-fly vibe (many shots were simply stolen on the streets, unbeknownst to passersby), Following is a mind- bending psychological journey that shows the remarkable beginnings of one of today’s most acclaimed filmmakers. END_OF_DOCUMENT_TOKEN_TO_BE_REPLACED 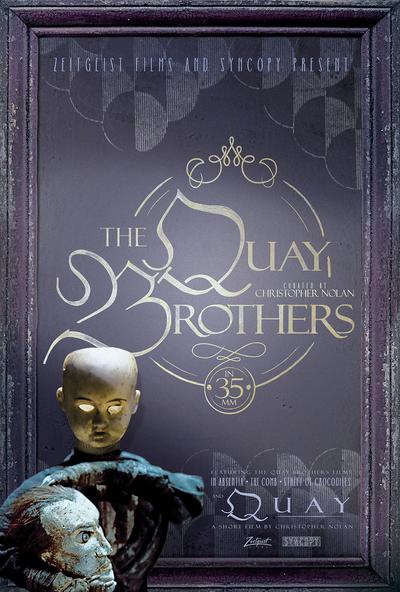 This short documentary film reveals the inner workings of the Brothers’ studio. END_OF_DOCUMENT_TOKEN_TO_BE_REPLACED