Quote:
“There is no such thing as a murderer, only people who kill.” With these words director Cristi Puiu qualifies his careful study of contemporary Romanian society and of fatal acts such as murder. The film focuses on 42-year-old Viorel who is going through a gloomy period of life that leads him to the point of killing without it being clear whether or not it’s his divorce and his conflict with loved ones provoking him to open fire. The film attempts to demystify the act of murder, rendering it as something in no way spectacular, just as there is nothing remarkable about a person who commits murder. END_OF_DOCUMENT_TOKEN_TO_BE_REPLACED 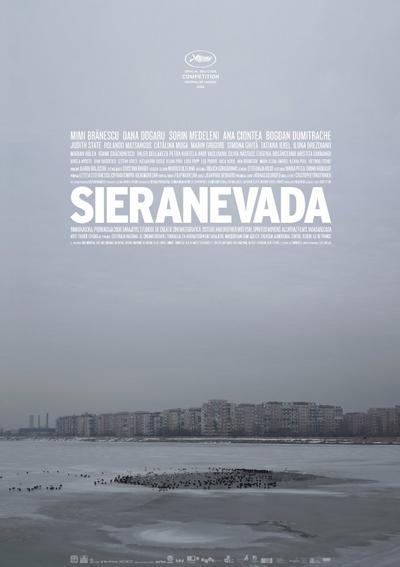 Quote:
Somewhere in Bucharest, three days after the attack on Charlie Hebdo in Paris and forty days after his father’s death, 40-year-old doctor Lary spends one Saturday at a family gathering in memory of the deceased.
The event does not go as planned. Discussions are heated, fierce differences of opinion arise.
Forced to face his fears and his past, and obliged to reconsider his place in the family, Lary is left with no choice but to tell the truth… (cannes) END_OF_DOCUMENT_TOKEN_TO_BE_REPLACED 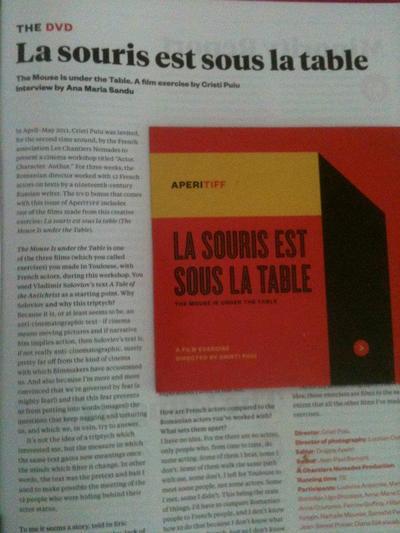 IMDB:
This is the 1st feature in the Three Exercises of Interpretation ( Trois exercices d’interprétation ) trilogy based on Three Conversations by Russian writer and philosopher Vladimir Solovyov. The actors’ ‘exercises’ developed into a minimalistic trilogy on cinema and literature, social and spiritual life, acting in film and in real life. END_OF_DOCUMENT_TOKEN_TO_BE_REPLACED 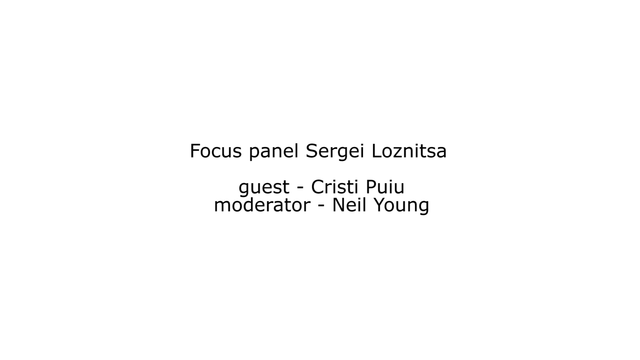 The 2014 Astra Film Festival’s Focus Loznitsa now presents his latest documentary Maidan, alongside three of his earlier works—The Train stop(2000), Landscape (2003) and Blockade (2005)—as well as a panel discussion related to the concept of “authorship” within film-making between Sergei Loznitsa and Cristi Puiu, moderated by Neil Young (film critic, UK).

* What happens when the texture of the film is composed of images recorded directly from the immediate mundanity of the world around us?
* What happens to the position of the filmaker as author engaged in an existential understanding of the world while, for example, shooting in the central square Kiev amid full revolutionary turmoil?
* Can the film-maker avoid or resist the direct expression of his/her own political stance?
* Cinema is established as a very strong medium and, throughout its history, has been misused as a dangerous means of mass manipulation, especially when the language of the film espouses and expresses a particular political position. What is the correct standpoint of a filmmaker as an author in this situation?
* What is the role of a filmmaker concerned with the controversies of a society undergoing dramatic transformation? 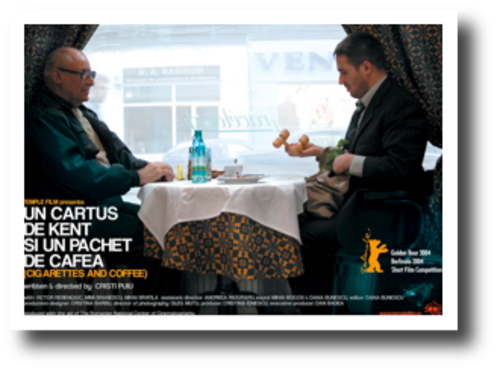 Quote:
In Jim Jarmush’s Coffee and Cigarettes, friends meet to romanticize about their love for two savory customs. Cristi Puiu’s Cigarettes and Coffee turns Jarmush’s film around. Neither Fiul (Mimi Branescu), a young man dressed in a suit, nor Tatal (Victor Rebengiuc), his poor looking father, smoke or drink coffee as they meet in a bar to talk business. Instead, they have water, beer, and apple pie. And unlike the character’s in Jarmush’s film, Fiul’s and Tatal’s conflict is not to come to terms about myths on tobacco and caffeine. The old man in Puiu’s film actually has a serious problem. END_OF_DOCUMENT_TOKEN_TO_BE_REPLACED