A couple in their thirties marry after years of friendship, and go on their honeymoon without having had a physical relationship. Over the course of their honeymoon they encounter sexual difficulties and conflict owed to their heightened self-consciousness and overbearing expectations for how things should be. Feeling that the marriage is hanging by a thread, the couple works desperately towards a solution. END_OF_DOCUMENT_TOKEN_TO_BE_REPLACED

Quote:
Sallitt has written repeatedly that his favorite director is Howard Hawks. All the Ships at Sea shows the influence of Hawks. The story telling is vigorous, the characters are rich, and the logically constructed story development is character-centered, showing vivid interactions between the principal performers. Both sisters are get-up-and-go types in the Hawks tradition. The older sister spends the entire film, taking every action she can to help the younger sister, who is in trouble. She also tries to help other people, in the course of the film. The younger sister is less functional, being in the grip of a religious cult. But the film stresses the younger sister’s willingness to take personal action in accordance with her religious convictions. She is not passive or a victim; she is a person who stands up for what she thinks is right. END_OF_DOCUMENT_TOKEN_TO_BE_REPLACED 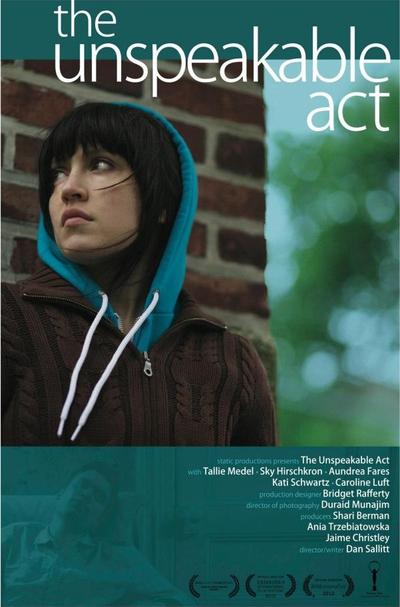 Quote:
Set on a quiet tree-lined street in Brooklyn, The Unspeakable Act is an acclaimed, darkly funny film about a young girl’s unusual coming of age. Jackie Kimball is a normal 17-year-old girl – except that for as long as she can remember, she’s been in love with her older brother Matthew. The two siblings rely on each other for friendship and support, but Matthew doesn’t share his sister’s feelings. When Matthew departs for college, Jackie sets out to meet other boys, and for the first time, must contend with life on her own. END_OF_DOCUMENT_TOKEN_TO_BE_REPLACED