Quote:
Home from college, Jeffrey Beaumont (Kyle MacLachlan) makes an unsettling discovery: a severed human ear, lying in a field. In the mystery that follows, by turns terrifying and darkly funny, writer-director David Lynch burrows deep beneath the picturesque surfaces of small-town life. Driven to investigate, Jeffrey finds himself drawing closer to his fellow amateur sleuth, Sandy Williams (Laura Dern), as well as their person of interest, lounge singer Dorothy Vallens (Isabella Rossellini)—and facing the fury of Frank Booth (Dennis Hopper), a psychopath who will stop at nothing to keep Dorothy in his grasp. With intense performances and hauntingly powerful scenes and images, Blue Velvet is an unforgettable vision of innocence lost, and one of the most influential American films of the past few decades. END_OF_DOCUMENT_TOKEN_TO_BE_REPLACED 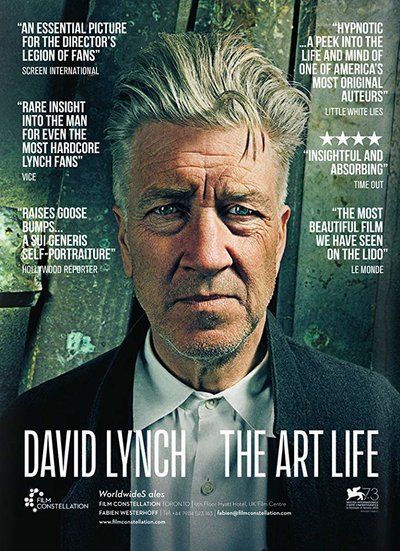 David Lynch takes us on an intimate journey through the formative years of his life. From his idyllic upbringing in small town America to the dark streets of Philadelphia, we follow Lynch as he traces the events that have helped to shape one of cinema’s most enigmatic directors. David Lynch the Art Life infuses Lynch’s own art, music and early films, shining a light into the dark corners of his unique world, giving audiences a better understanding of the man and the artist. As Lynch states “I think every time you do something, like a painting or whatever, you go with ideas and sometimes the past can conjure those ideas and color them, even if they’re new ideas, the past colors them.” END_OF_DOCUMENT_TOKEN_TO_BE_REPLACED

Quote:
Henry Spencer tries to survive his industrial environment, his angry girlfriend, and the unbearable screams of his newly born mutant child. END_OF_DOCUMENT_TOKEN_TO_BE_REPLACED

Synopsis:
An imaginative lad of about ten has a couple of problems: he wets his bed, and his parents are abusive and disgusting. In a spare room, he finds a bag of seeds, which he plants in soil that he’s placed in the middle of a single bed. The seed sprouts and grows into a grandmother, who’s loving and approving. Life with his parents and with his imagination continues. Is a smiling grandmother enough to get him through? END_OF_DOCUMENT_TOKEN_TO_BE_REPLACED

Quote:
The discovery of a severed human ear found in a field leads a young man on an investigation related to a beautiful, mysterious nightclub singer and a group of psychopathic criminals who have kidnapped her child. END_OF_DOCUMENT_TOKEN_TO_BE_REPLACED

After Six Figures Getting Sick, Lynch was reluctant to continue working in film due to the high cost involved. However, fellow student H. Barton Wasserman saw Lynch’s moving painting, and gave him $1000 to create similar one. “He (Wasserman) would buy a projector and mount it to the floor next to his chair and it would be bolted down, so he’d just click on the projector and have a screen that this thing would play on. And when the projector was off, the screen would be just like a piece of sculpture.”1 Lynch used $450 of the money to buy a used Bolex camera, then went to work filming. After two months of work, he took the film to be developed, only to discover the film didn’t turn out. END_OF_DOCUMENT_TOKEN_TO_BE_REPLACED

The discovery of a severed human ear found in a field leads a young man on an investigation related to a beautiful, mysterious nightclub singer and a group of psychopathic criminals who have kidnapped her child. END_OF_DOCUMENT_TOKEN_TO_BE_REPLACED