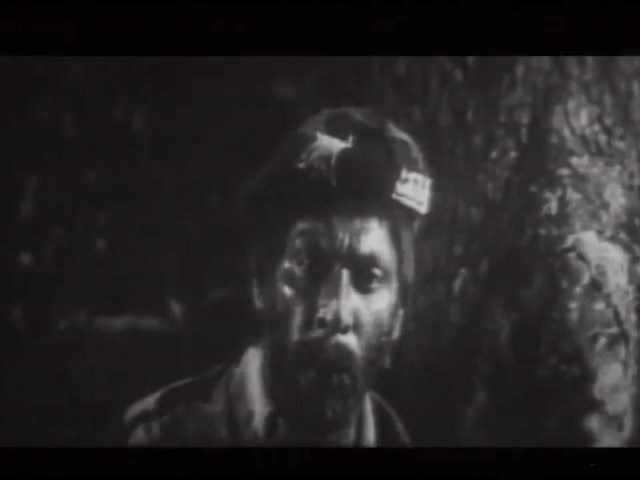 Though veteran director Dharmasena Pathiraja was noted for his leftist leanings, he said that the Marxists were “out of touch with the realties of the people, their material conditions, power, and even their powerlessness.” In his 1981 drama, Soldadu Unnahe, Pathiraja depicts the realities of four friends: a soldier, a prostitute, a pimp and an alcoholic who take refuge under a Nuga tree from the loud, warlike celebration of Sri Lankan independence. The fireworks and planes overhead give the soldier of the title flashbacks, reminding him of his experiences in World War II at the end of the British Raj. What have these four unfortunates gained from independence, and what is their future? Chosen the best film of the decade 1980-1990 by the Catholic International Cinema Organization. Awards/Festivals: Sri Lankan Presidential Awards for Best Film and Best Director; Eighth Indian International Film Festival; 16th Singapore International Film Festival 2003; Jeonju International Film Festival 2009. END_OF_DOCUMENT_TOKEN_TO_BE_REPLACED Malini Fonseka and Vinjaya Kamaratunga acted together in 41 films, and The Wasps are Here (1978) is one of their pairings. Fonseka is a young girl engaged to a young fisherman and Kamaratunga is the indolent aristocrat who courts her. His family takes over the market for her village’s fish. The encounter between the village and urban business methods has tragic consequences as the activist filmmaker, Dharmasena Pathiraja, shows how traditional Sri Lankan society struggles to cope with the challenges of modernity and ethnic violence. In real life Kamaratunga married the daughter of Sri Lanka’s aristocratic political family in this same year, a cinematic prince becoming political royalty. His wife became president of the country, but his own foray into politics ended tragically with his assassination in 1988. END_OF_DOCUMENT_TOKEN_TO_BE_REPLACED Ponmani comes from the highest caste in Tamil society, but her family has fallen on hard times and can’t even pay what they owe on her married eldest sister’s dowry, let alone find dowries for her and her middle sister. Her father sits idly by, reflecting on past glories, while her brother works to pay the money owed and preserve the family honor. When she takes matters into her own hands and elopes with a boy from the lower fisherman caste, the family honor takes a deathblow. The difficulty of life for a Tamil woman whatever her caste, religion or marital status is given a feminist analysis. This black and white film from Sri Lanka’s rebel Sinhalese auteur, Dharmasena Pathiraja, shows the beauty of Jaffna, an ancient city of temples, churches and beaches, and gives us an idea of the forces behind the civil war that broke out later. Festivals: Singapore International Film Festival 2003. END_OF_DOCUMENT_TOKEN_TO_BE_REPLACED