With the breakup of his Tokyo orchestra, a young cellist returns with his adoring wife to his hometown. Searching for work, he responds to a cryptic ad for work in “Departures”, only to find out that the position is in the ritual preparation of corpses. END_OF_DOCUMENT_TOKEN_TO_BE_REPLACED 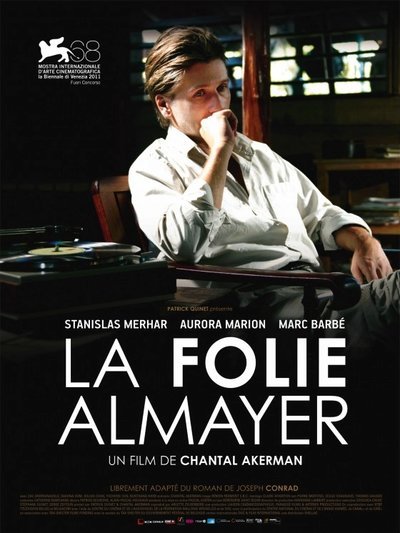 Quote:
“Liberally adapted,” per onscreen credits, from Joseph Conrad’s first, same-named novel, helmer Chantal Akerman’s interpretation of “Almayer’s Folly” is as eccentric as “La Captive,” her take on Proust. Unfortunately, it’s not as disciplined as that earlier work, and this tale of a French colonialist’s fraught relationship with his mixed-race daughter seems thrown together on a low budget with a too-breezy disregard for cultural specifics. After a powerful opening scene and reasonably strong first act, the pic slowly leaks air. Helmer’s rep should ensure polite interest from fests and niche distribs with a track record of releasing Akerman’s work. END_OF_DOCUMENT_TOKEN_TO_BE_REPLACED

Quote:
In the 1950s, housewife Louise walked out on her family whilst her children were still young. She gave no indication of where she was going and hasn’t been heard of since. Her daughter, Martine, stayed in the small coastal town where she grew up and became a doctor. Today, Martine’s daughter Audrey is an independent 30-year-old. On the spur of the moment, Audrey decides to visit her parents. During her stay, she comes across an old note book that belonged to her grandmother and which could explain the reason for the latter’s mysterious disappearance… END_OF_DOCUMENT_TOKEN_TO_BE_REPLACED

Synopsis:
The narrative is set in the summer of 1945 in a small village outside Leipzig, where the Americans have just pulled back and been replaced by Soviet troops. The film follows the inhabitants as they adjust to the new situation, in particular Joschi, a teenage Hitler Youth member who is fascinated by the Americans. (wikipedia) END_OF_DOCUMENT_TOKEN_TO_BE_REPLACED

Lu and Feng are a devoted couple forced to separate when Lu is arrested and sent to a labor camp as a political prisoner during the Cultural Revolution. He finally returns home only to find that his beloved wife no longer recognizes him. END_OF_DOCUMENT_TOKEN_TO_BE_REPLACED

Plot
The film’s setting is a town in Oaxaca during the festival of its patron saint, for which the church appoints a layman as mayordomo or steward, an honor that in effect is gained by being able to organize and cover the high costs of most of the saint’s local festivities. The post is however very coveted by the locals as it is socially prestigious. END_OF_DOCUMENT_TOKEN_TO_BE_REPLACED

Synopsis:
A puppy was born in Akita Prefecture and sent as a gift to Professor Ueno of Tokyo University. Although professor’s wife does not want keep the dog. Professor Ueno loves the puppy so much and names it Hachi. Professor goes to work by railways everyday. Hachi walks to Shibuya Station with Professor each morning and greets him in the evening, no matter what the weather is. One day, Professor Ueno has a stroke and passed away. His family sold the house and moved to another city, but Hachi keeps visiting the house and waiting at the Shibuya station, believing his master. END_OF_DOCUMENT_TOKEN_TO_BE_REPLACED