During the summer of 1956, Egypt under President Gamal Abdul Nasser became embroiled in a conflict with Great Britain, France and Israel over the decision by the Egyptian leader to nationalize the Suez Canal in the wake of the refusal of the United States, and consequently the World Bank, to fund the construction of the Aswan High Dam. This pivotal period in the modern history of Egypt has been intelligently recreated in docu-drama style in a critically acclaimed film, “Nasser 56,” by Egyptian director Mohamed Fadel and starring Egyptian actor Ahmad Zaki as Nasser. END_OF_DOCUMENT_TOKEN_TO_BE_REPLACED

In a modern adaptation of William Shakespeare’s Taming of the Shrew, the handsome vet (Rushdy Abaza) finds himself obliged to tame the beautiful but wild (Lobna Abdel Aziz) with the suport of her family who is suffering from her tantrums and her tyranny in this light comedy presented by a group of the most prominent Egyptian film stars. Will love defeat tyranny and will the doctor succeed in his mission? END_OF_DOCUMENT_TOKEN_TO_BE_REPLACED

Fatin Abdulwahhab – Arouss el Nil AKA Bride of the Nile (1963)

When oil engineer Sami (Roushdy Abaza) starts digging for oil in Luxor, he disturbs the spirits of the ancient Egyptians buried beneath the ground. The spirits decide to send him the last bride of the Nile, Hamees (Lobna Abdel Aziz) to stop him. Will Hamees succeed or will modern technology destroy the ancient civilization? END_OF_DOCUMENT_TOKEN_TO_BE_REPLACED

Set against the backdrop of the 1967 Six-Day War, the movie adaptation of Naguib Mahfouz’s novel follows the escapist, drug-fuelled riverboat meetings of a group of frustrated Egyptians from various walks of life. END_OF_DOCUMENT_TOKEN_TO_BE_REPLACED

A cinematic masterpiece produced by the revolutionary 1960s generation inspired by the folk hero myths of Nobel Prize Laureate Naguib Mahfouz. Based on his 1977 novel about the Egyptian ‘urban rabble,’ The Harafish, the film portrays the rise of a people’s hero and his rapid corruption through power. Although set in the late 19th century, ‘The Hunger’ can also be read as a commentary on present day social and political realities. END_OF_DOCUMENT_TOKEN_TO_BE_REPLACED 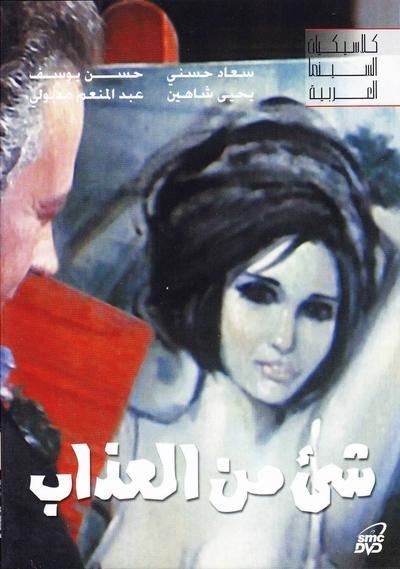 A desperate woman on the run from the police for having killed her stepfather seeks refuge in a villa of a famous artist.

The Arabic title of the film is شيء من العذاب.
END_OF_DOCUMENT_TOKEN_TO_BE_REPLACED 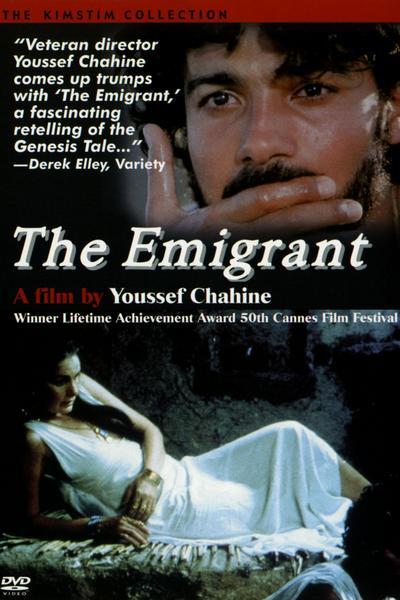 The biblical tale of Joseph is told from an Egyptian perspective in this interesting character study. In this film, Joseph is called Ram. Ram, tired of his family’s backward superstitious life, and tired of being picked on by his brothers, wants to go to Egypt to study agriculture. His brothers travel with him across Sinai, but then suddenly sell him to Ozir, an Egyptian who works for a Theban military leader, Amihar. Amihar is impressed by Ram’s drive and personal charm and so grants Ram some desolate land outside the capital. Ram soon finds himself a pawn in the political and sexual games between Amihar and his wife Simihit, a high priestess of the Cult of Amun. END_OF_DOCUMENT_TOKEN_TO_BE_REPLACED