Elio Petri – L’assassino AKA The Ladykiller of Rome (1961) 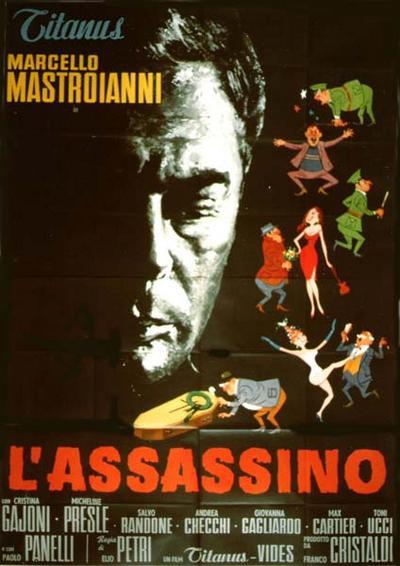 Quote:
The film is a frequently clever examination of a cynical social climber who finds himself in trouble. Arrested at his home and complete with a phoney alibi to cover his infidelity, our antique-dealer hero soon learns that he’s under suspicion for having murdered his ex-lover. Unfortunately for him, he’s not noted for his loving-kindness (he takes financial advantage of the desperate as he relieves them of their valuables) and is, romantically speaking, a cad, having exploited the soon-to-be-deceased lover for career purposes while romancing a younger bubblehead under her nose. All of this inhumanity seems to point to his being the killer, plunging him into a Kafka-lite nightmare that forces him to face up to his own brutishness. END_OF_DOCUMENT_TOKEN_TO_BE_REPLACED 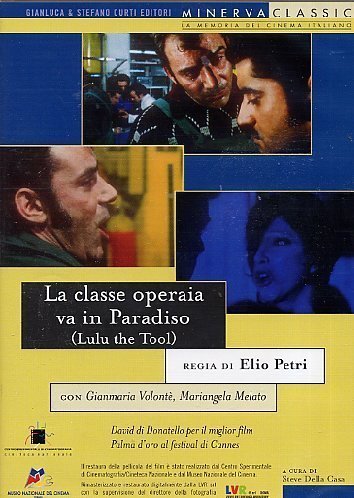 Mr. Petri, who scored with his 1970 dissection of police authority in “Investigation of a Citizen Above Suspicion,” has again joined Ugo Pirro in writing the script. With Gian Maria Volonte, the top cop in “Investigation,” he points up the Kafkalike condition of “Lulu.” END_OF_DOCUMENT_TOKEN_TO_BE_REPLACED 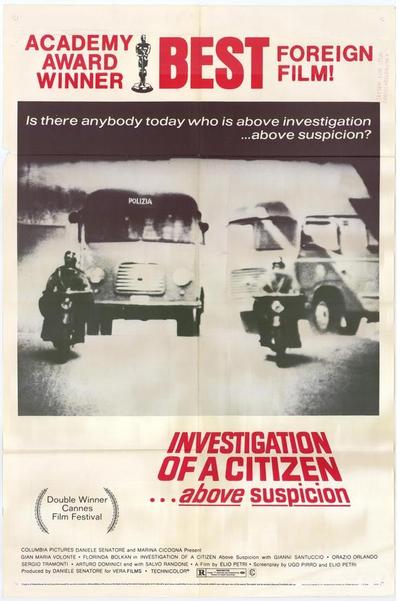 Quote:
A paranoid police procedural, a perverse parable about the corrupting elements of power, and a candidate for the greatest predated Patriot Act movie ever, Elio Petri’s stunning thriller makes no attempt to hide the culprit behind the film’s grisly murder: It wants you to know that Gian Maria Volonté’s dapper killer is responsible for the beautiful corpse splayed out on those black silk bedsheets. The shocks here are (a) that the spaghetti-Western stalwart isn’t wearing a cowboy hat for once, and (b) that Volonté is not just the criminal, he’s also the homicide detective heading up the investigation. Deliberately hiding some clues while planting others in plain sight—bloody footprints, a strand of his tie purposefully inserted under her fingernails—the rising-up-the-precinct-ladder cop plays a game of cat-versus-other-dumber-cats, all while ordering copious wiretaps and amassing blackmail fodder against radical agitators. Is he toying with his fellow officers to demonstrate his sociopathic superiority? Or is he trying to take down a rotten system from the inside, debunking the notion that any citizen is above suspicion? END_OF_DOCUMENT_TOKEN_TO_BE_REPLACED Set at an indeterminate time in the near future, this routine, well-acted drama by Elio Petri tackles favorite Italian topics: religion and politics. A bit of macabre fantasy is added to the mix, but the end product remains somewhat muddled. Don Gaetano (Marcello Mastroianni) is a priest who is supervising a group of Christian Democrats on a religious retreat. The objective is to help these politicians purify their past wrongdoings, no matter how large or small, and live closer to God. The retreat takes place in a concrete bunker with plenty of small rooms for contemplation and icons set here and there to offer inspiration. Once the retreat begins, the politicos alarmingly begin to die off one by one. Don Gaetano wants them to get closer to God but did he mean that close? END_OF_DOCUMENT_TOKEN_TO_BE_REPLACED