Antar, son of prince Chaddad and a black slave mother, longs to be recognized by his father and win the love of his cousin, the princess Abla. In order to prove himself worthy, he undergoes all manner of obstacles and eventually becomes the greatest warrior in all Arabia.

There have been several Middle Eastern movies made about Antar, dating back to the silent era. In western cinema, Antar was played by Victor Mature in The Veils of Bagdad (1953) and by Kirk Morris in Anthar l’Invincibile (Anthar the Invincible) although these films re-imagined the character as a generic Caucasian hero with little relation to the historical figure. In this picture, Antar is portrayed by Egyptian actor Farid Chawki wearing “blackface” makeup and a nappy wig. END_OF_DOCUMENT_TOKEN_TO_BE_REPLACED

A King has made a pact with a dragon where he sacrfices virgins to it, and the dragon leaves his kingdom alone. An old wizard, and his keen young apprentice volunteer to kill the dragon and attempt to save the next virgin in line, the King’s own daughter. END_OF_DOCUMENT_TOKEN_TO_BE_REPLACED

Rada, a beautiful and very proud gipsy girl is used to steal men’s hearts and monk them. Zobar is a horse thief who’s heart is stolen by Rada and his mind is bewitched. He is ready to give up his freedom but not his pride. END_OF_DOCUMENT_TOKEN_TO_BE_REPLACED 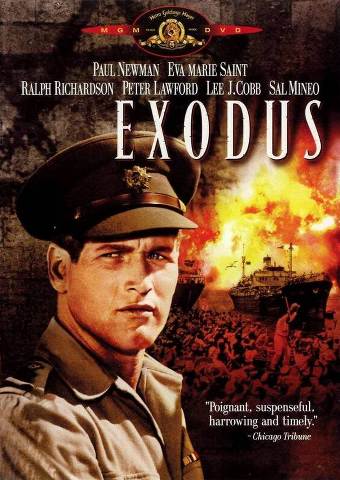 Plot
Produced and directed by Otto Preminger, Exodus is a 212-minute screen adaptation of the best-selling novel by Leon Uris. The film is concerned with the emergence of Israel as an independent nation in 1947. Its first half focuses on the efforts of 611 holocaust survivors to defy the blockade of the occupying British government and sail to Palestine on the sea vessel Exodus. Paul Newman, a leader of the Hagannah (the Jewish underground), is willing to sacrifice his own life and the lives of the refugees rather than be turned back to war-ravaged Europe, but the British finally relent and allow the Exodus safe passage. Once this victory is assured, 30,000 more Jews, previously interned by the British, flood into the Holy Land. ~ Hal Erickson, All Movie Guide END_OF_DOCUMENT_TOKEN_TO_BE_REPLACED Opening Statement
As World War I reaches its peak, bland and sincere Stephen Fermoyle (Tom Tryon) prepares for his new assignment in his hometown of Boston. As a newly ordained Catholic priest, Fermoyle takes his duties very seriously. But over the next two decades, he will see his faith tested, his family torn apart, and the world plagued by the horrors of racism and fascism. END_OF_DOCUMENT_TOKEN_TO_BE_REPLACED 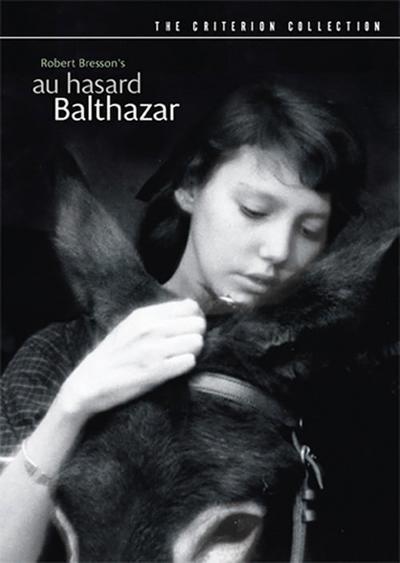 Jim Ridley wrote:
With exquisite, heartrending calm, Bresson’s 1966 masterpiece Au Hasard Balthazar lays out the life of a donkey, from first brays to final rest. Baptized Balthazar, the donkey goes through passages of life parallel to his early owner, a farmer’s daughter named Marie (played as an adult by Anne Wiazemsky).
Together and separately, they experience the full spectrum of man’s failings: Balthazar is kicked by passing thugs, beaten by an owner, and eventually used for theft, while Marie is seduced, abandoned and ultimately assaulted. Yet while Bresson’s vision is harsh, it’s also redemptive, even merciful. It ends on a note of quiet transcendence, as if to say all suffering, no matter how grave, cannot last. END_OF_DOCUMENT_TOKEN_TO_BE_REPLACED