Quote:
This informative documentary focuses on the Dani people of New Guinea, and in particular tribal members Weyak and Pua. Weyak, an adult, protects the land his tribe lives on from other tribes and outsiders. Their territory was then one of the few places not colonized by Europeans. Pua is a young boy who cares for the village’s pigs. Battles take place frequently between the various Dani tribes. When someone is killed, the death must be avenged, and the fighting continues in a deadly cycle END_OF_DOCUMENT_TOKEN_TO_BE_REPLACED

A mesmerizing, one-of-a-kind window into modern China, People’s Park is a single-shot documentary that immerses viewers in an unbroken journey through a famous urban park in Chengdu, Sichuan Province. END_OF_DOCUMENT_TOKEN_TO_BE_REPLACED 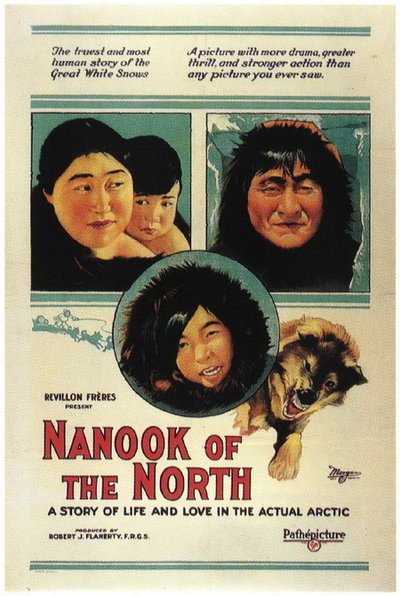 In this silent predecessor to the modern documentary, film-maker Robert J. Flaherty spends one year following the lives of Nanook and his family, Inuit living in the Arctic Circle. (IMDb) END_OF_DOCUMENT_TOKEN_TO_BE_REPLACED 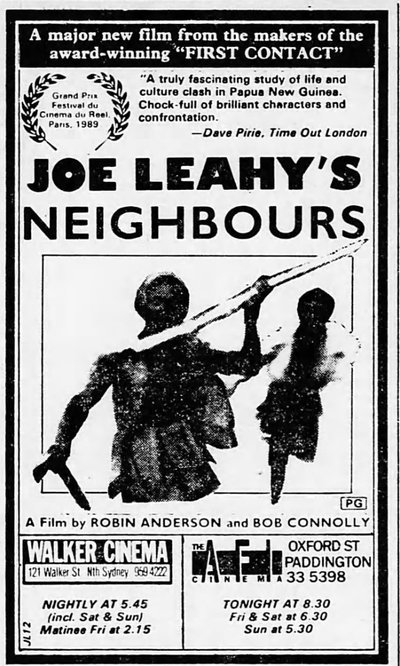 This film is the follow-up to First Contact. It traces the fortunes of Joe Leahy, the mixed-race son of Australian explorer Michael Leahy, in his uneasy relationship with his tribal neighbours. Joe built his coffee plantation on land bought from the Ganiga in the mid 1970s. European educated, raised in the highlands of Papua, freed by his mixed race from the entanglements of tribal obligation, Joe leads a Western lifestyle governed by individualism and the pursuit of affluence. END_OF_DOCUMENT_TOKEN_TO_BE_REPLACED

Satō Makoto discovered documentary film when he visited Minamata (well known as the former site of an environmental disaster) as a student, and worked on Katori Naotaka’s The Innocent Sea. While touring Japan with the film, he met people who lived by the polluted Agano River in Niigata and decided to make a film about them. Living there with seven crew members for three years, Living on the River Agano was completed in 1992 and showed people who live with the river and work in agriculture and fishing, quietly probing the cruelty of nature destroyed. Ten years later, and after attending several funerals of people who appeared in the first feature, the team returned to the area. The resulting film Memories of Agano is a ghostly poem on people, fields, stories, songs and buildings receding into absence, the power of images and the strength of sound to revive the past. END_OF_DOCUMENT_TOKEN_TO_BE_REPLACED

Baron Victor von Plessen’s “Kopfjäger von Borneo” (1936) is a magnificent early ethnographic film. A painter, ornithologist and ethnographer, von Plessen (1900-1980) apparently was an independent spirit of independent financial means. There is absolutely no indication for the fact that this was produced in Third Reich Germany, but this might nevertheless account for the relative obscurity into which this film has sadly fallen. END_OF_DOCUMENT_TOKEN_TO_BE_REPLACED

In 2000, the final year of the twentieth century, Nikolaus Geyrhalter and his crew set out with a video camera to film twelve, self-contained ethnographic episodes, each encapsulating a month-long document of the lives of people who perform their quotidian rituals in a figurative Elsewhere, as follow: END_OF_DOCUMENT_TOKEN_TO_BE_REPLACED