The sympathetically drawn, unthreatening gay characters here are practically an advertisement for this hot political topic. Abroad, the film’s biggest selling point, as with “Steam: The Turkish Bath” and “Ignorant Fairies,” is its relaxed, modern approach to gay characters and lifestyle, unusual for an Italian film. The mix of straight and gay stories, though, should broaden its appeal to a slightly wider niche. END_OF_DOCUMENT_TOKEN_TO_BE_REPLACED

Elena and Antonio are not made for each other: they are too different, in terms of character, life choices, worldview and the way they relate to others. They are total opposites. However they are overwhelmed by a mutual attraction that they should avoid. Not only because they are not compatible, but also because Elena is engaged to Giorgio, and Antonio is engaged to Silvia, who is Elena’s best friend. Plus Fabio, the young Elena’s best friend, hates Antonio because he is openly homophobic. Initially, between Elena and Antonio, there is physical attraction and this is the first real turbulence in Elena’s life. Everyone will have to deal with the unexpected in a sudden storm of passion that changes all the rules of the game of their relationships. However this will not be the only turbulence in Elena’s life… END_OF_DOCUMENT_TOKEN_TO_BE_REPLACED 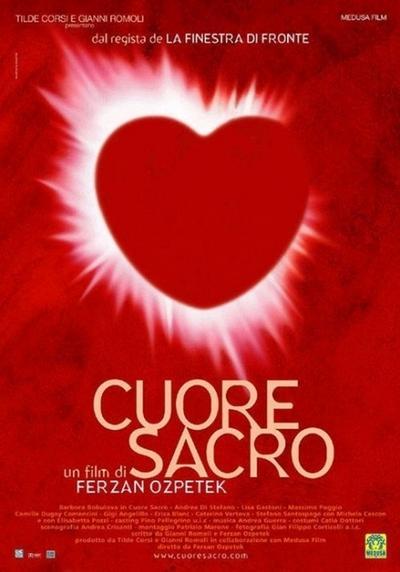 Co-written and directed by Ozpetek, Cuore sacro is an exploration of goodness and religion and how they interact (and more often than not fail to interact) in Italian society in particular and the world at large. Unlike the director’s previous efforts (such as much laurelled La finestra di fronte/Facing window) there are no homosexual or otherwise marginalised or penniless protagonists; in Cuore sacro it is in fact fundamental that the main character is rich, at least at the start of the story.
END_OF_DOCUMENT_TOKEN_TO_BE_REPLACED

Ferzan Ozpetek – La Finestra di fronte aka The Window Opposite (2003) 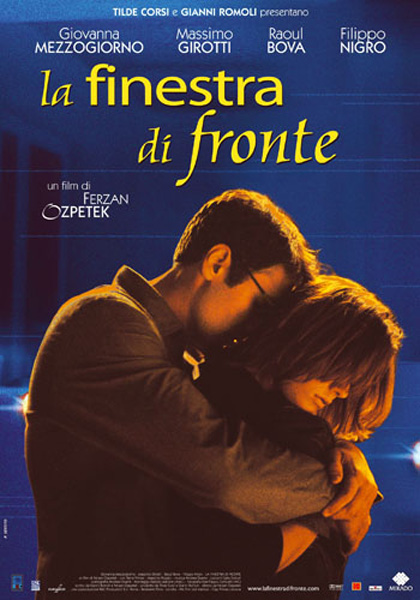 Giovanna is a bookeeper in a company which packs chickens. She is married to a man who has a precarious job. First she starts being curious about a young man who lives in the block opposite hers, and then she falls in love with him. The relationship between the two becomes much stronger when she starts to find out more about him from an old man who bursts into their lives. The old man, obsessed with the memories of some things that happened n the long past autumn of 1943, has lost his memory and finds refuge in Giovanna.
“Facing Windows (La Finestra di fronte)” is like a very European and more sophisticated take on “The Notebook,” as it shifts between romantic and culinary past and present through the in-and-out consciousness of an elderly man. The “Rear Window” eroticism is just one element that accidentally brings together tangled, stymied lives swirling around lovely, exhausted, frustrated chef, wife and mother Giovanna Mezzogiorno, where each child, man, woman, friend and neighbor has separate priorities and fantasies that annoying real life interferes with, from the practical to the political. END_OF_DOCUMENT_TOKEN_TO_BE_REPLACED 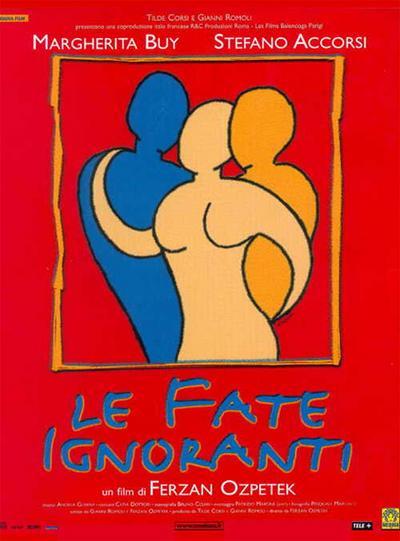 Quote:
When Antonia’s husband Massimo is killed in a car accident, she accidentally discovers that he has been having a same-sex affair with a produce wholesaler named Michele. Although she’s initially devastated by the news and hostile toward Michele, she soon develops a friendship with him and his and Massimo’s circle of gay, transgender, and straight friends, among whom are a Turkish immigrant, a playwright and a boutique owner. As she gets to know these people and become a part of their lives, the new relationships dramatically transform Antonia. END_OF_DOCUMENT_TOKEN_TO_BE_REPLACED The only dream of Pietro is to become a famous actor. 28 year-old Pietro is so obsessed with becoming an actor that he does not mind trying every single way. He comes Rome and starts to work in a bakery. Also, at the same time, he tries to be an actor. At first, he stays with his cousin, Maria , but then he rents a house. Nevertheless, in a short time, something weird happens at the house. As if the furniture moves by itself. Then he realizes that the house was haunted by some ghosts, so with it, the adventure itself begins. END_OF_DOCUMENT_TOKEN_TO_BE_REPLACED Following the success of Hamam, Turkey-born, Italy-based Ferzan Ozpetek delivers another exotic film that delves into the traditions of his origin. Once again, the exotic city of Istanbul is the place of intrigue. But, unlike Hamam, which was a contemporary story, Harem Suare takes place at the turn of the century in the last days of the Ottoman Empire. The locale of this ornate story of love, power, and fear is the magnificent Yildiz Palace, where Sultan Abdulhamit whiles away the time listening to the finale of La Traviata as rebellions rage all over the country. The Sultan cannot stand unhappy endings, so he has asked Safiye, his favorite concubine, who is Italian, to rewrite the libretto so that Violetta does not die. Nadir, one of the black eunuchs, has plans for Safiye, whom he thinks should become the official wife. Nadir’s plans take a different turn when he and Safiye fall in love. In the harem, which is isolated from the rest of the world, life goes on with its plots and subplots, loyalties and betrayals, happiness and tragedies as if time did not exist. The story is told from the point of view of Safiye, concentrating more on human relations than on palace politics. The director plays with mirror images to reflect the two faces of personalities and the complexities of intercultural relations. Mythology is blended with sexuality, emphasizing the delicate nuances of language. The exotic element is not abused and historical details are used sparingly and only when necessary. Acting by young French actress Marie Gillain, who plays Safiye, and Lucia Bose, who plays her in old age, as well as Alex Descas as the eunuch Nadir and famous Turkish actor Haluk Bilginer as Sultan Abdulhamid are all commendable. 52nd Cannes Film Festival, 1999. END_OF_DOCUMENT_TOKEN_TO_BE_REPLACED