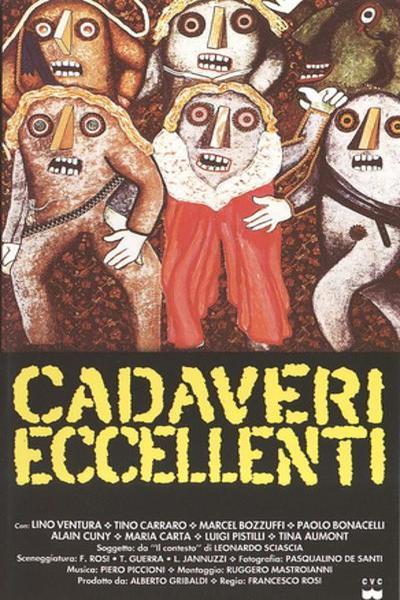 IMDB:
A detective (inspector Rogas) is assigned to investigate the mysterious murders of some Supreme Court judges. During the investigation he discovers a complot that involves the Italian Communist Party END_OF_DOCUMENT_TOKEN_TO_BE_REPLACED 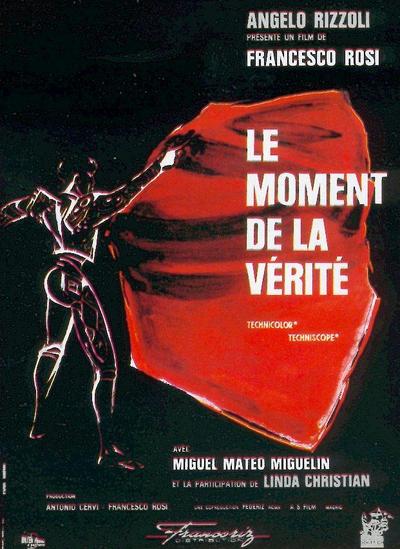 Reviews
… The Moment Of Truth is a visceral plunge into the life of a famous torero; played by real-life bullfighting legend Miguel Mateo, known as Miguelín. Charting his rise and fall with a single-minded focus on the bloody business at hand, the film is at once gritty and operatic, placing the viewer right in the thick of the ring’s action, as close to death as possible. Like all of the great Italian truth seeker’s films, this is not just an electrifying drama but also a profound and moving inquiry into a violent world – and it’s perhaps the greatest bullfighting movie ever made.
Not so much a film about the narrative; director Francesco Rosi plunges us headlong into the ritual of it all. Rosi known for his efforts in telling truthful and occasionally controversial stories in a cinema verite style puts us right down in the pit for all the violence and reverence that the sport of bullfighting entails. There’s no CGI or special effects or even a guy in a bull suit, if some gets trampled, they get trampled and the violence is on display for full effect. END_OF_DOCUMENT_TOKEN_TO_BE_REPLACED