Synopsis
Angela (Gaynor), a poor Neapolitan girl desperate to acquire medication for her sick mother, comes into conflict with the police and finds refuge with a traveling circus. Under the big top, she meets Gino (Farrell), a painter who falls in love with her while the law closes in. END_OF_DOCUMENT_TOKEN_TO_BE_REPLACED

Bad Girl hasn’t worn as well as some of his other romances. It opens with Dot (Sally Eilers) in an elegant wedding gown talking nervously to her ever-present friend Edna (Minna Gomball). When she sails out of the room, we realize that she’s modeling this wedding dress for lecherous male department store customers. This opening emphasizes Borzage’s indifference to matrimony, as does his decision to simply skip the wedding of his leads, Eilers’s sexy Dot and James Dunn’s rough-Irish Eddie. There’s some charm and poignancy in this couple’s constant wisecracking, especially when they sit on the stairs of her apartment house and ponder their future while a whole cavalcade of miserable humanity trudges up the stairs and yells out of their doors impatiently. And there’s a classic Borzage moment when Eddie playfully chases Dot around the room, gathers her up in his arms, and yanks her hat off……. END_OF_DOCUMENT_TOKEN_TO_BE_REPLACED

Plot:
Celebrate the short career (10 Hollywood films and two Oscars®*) and long life (100 years young in 2010 and an honored participant in the TCM Classic Film Festival) of one of the screen’s nonpareil stars with this threesome of the fourth, fifth and sixth films Luise Rainer made in Tinseltown. The Viennese beauty portrays a Czarist Russian spy alongside William Powell in the ornate The Emperor’s Candlesticks. Cabbie Spencer Tracy and his immigrant wife Rainer struggle to make a life for themselves in the Big City while coping with a bitter labor dispute between organized and freelance cab drivers. And Rainer is a reckless Southern belle who marries the man her sister loves but flees to the arms of a wastrel playboy in The Toy Wife. From Warner Brothers! END_OF_DOCUMENT_TOKEN_TO_BE_REPLACED 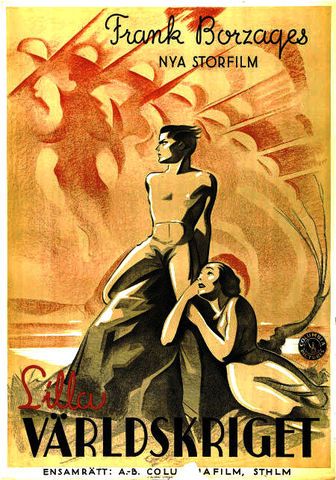 Synopsis:
Adapted from The Paul Street Boys, an autobiographical novel by Ferenc Molnar, GLORY is an unusually sensitive evocation of the pain of youth and the senselessness of war. Frail Nemecsek, a lonely boy who yearns to belong, worships Boka, the self-sufficent, charismatic leader of a well-organized gang, decked out in uniforms and sporting their own flag. The perennial outsider sees his chance to win a respected place in Butler’s army when their flag is stolen and war breaks out with another gang. END_OF_DOCUMENT_TOKEN_TO_BE_REPLACED 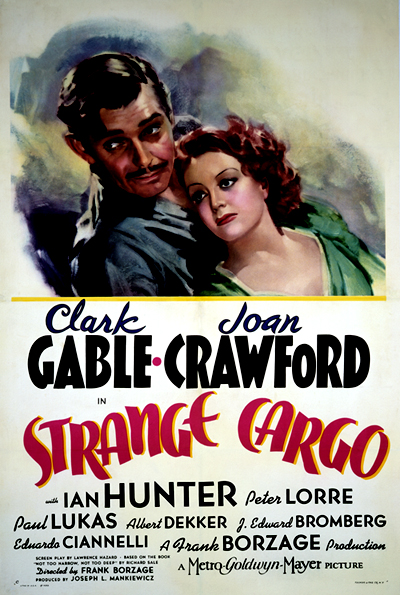 Plot Synopsis by Hal Erickson
“Strange” is right: this mystical MGM melodrama has to be the oddest of the studio’s Clark Gable-Joan Crawford vehicles. When eight prisoners escape from a New Guinea penal colony, they are picked up by a sloop commandeered by another escapee named Verne (Gable) and his trollop girl friend Julie (Joan Crawford). Among the fugitives is Cambreau (Ian Hunter), a soft-spoken, messianic character who has a profound effect on his comrades. One by one, the escapees abandon their evil purposes and find God-and a peaceful death–through the auspices of the Christlike Cambreau. The last to succumb to Cambreau’s ministrations is Verne, who agrees to return to return to the prison colony serve out his sentence if Julie will wait for him (which she does). A superb Franz Waxman score provides a touch of show-biz grandeur to this haunting fable.
END_OF_DOCUMENT_TOKEN_TO_BE_REPLACED

This is an exceptionally well-acted place of work and Janet Gaynor’s performance as Diane is true and natural throughout. This young woman was discovered by Winfield R. Sheehan, general production manager for the Fox Film Corporation. Never once does she falter in her difficult task of reflecting the emotions of the character she portrays. There is no effort to make her unduly beautiful with a halo over her head. She is winsome from the moment one beholds her countenance. She can cry and smile simultaneously and she impresses one by her depiction of faith when every day at 11 o’clock she “meets” her Chico, who is in the trenches. Sometimes Miss Gaynor reminds one of Lillian Gish and in other moods she resembles Lois Moran. Yet in her acting there is nothing imitative, but always an earnest and successful effort to impersonate the French girl who is rescued from hardship and cruelty by that “very remarkable fellow,” Chico. END_OF_DOCUMENT_TOKEN_TO_BE_REPLACED