Henry’s script, based on Joyce Maynard’s novel, is assured, sophisticated and mercilessly glutted with funny zingers. Van Sant’s fluid, subtly wicked direction is a personal redemption of sorts; he’s the one responsible for the legendarily abysmal “Even Cowgirls Get the Blues.” But what gives the movie its sharpest, sweetest edge is Nicole Kidman. END_OF_DOCUMENT_TOKEN_TO_BE_REPLACED 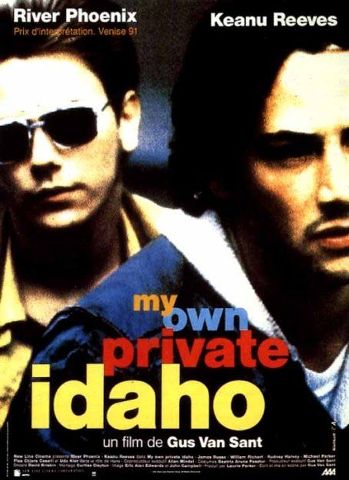 Quote:
Non-normative texts concern themselves with subject matter that is marginalized, or not widely accepted as “normal.” Gus Van Sant’s My Own Private Idaho – an ode to the abandoned, and the isolated – is an example. It’s an exercise in brilliant directorial innovation, and cinematic ingenuity – required viewing for the capsized, fissure-ridden heart.

The film offers up a discourse on the fragility, and the emotional and intellectual convolution, of children who are left with the burden of trying to understand why their parents have abandoned them. This search becomes obdurate and lost, in the cases of Mike Waters (a physical and emotional narcoleptic, played to perfection by River Phoenix), and Scott Favor (Keanu Reeves); Mike is subverted by an idyllic yearning for the past, while Scott is consumed by familial regret and rebellion. END_OF_DOCUMENT_TOKEN_TO_BE_REPLACED Quote:
The short film was made from material shot for a Levi’s commercial on which Gus Van Sant was given complete freedom. Van Sant delivered the ad, and separately made his own short film; one that feels complete in and unto itself. The stunning, natural-lit frames are the result of what might be the filmmaker’s first collaboration with his long-time collaborator, the much revered, and sadly passed, cinematographer Harris Savides. The pair later worked together on all of Van Sant’s features from Gerry (2002) to Restless (2011). In Four Boys in a Volvo, repeating images of a car driving through a desert road remind us of Van Sant’s later films Gerry or Last Days (2005). This elliptical film conveys one of the filmmaker’s most beloved themes; a portrait of youth in search of meaning and escape. END_OF_DOCUMENT_TOKEN_TO_BE_REPLACED 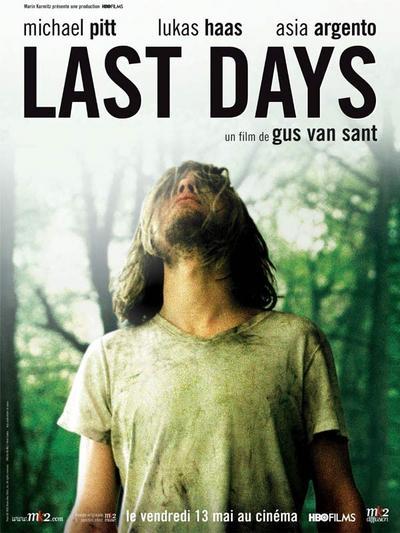 Synopsis
Last Days is filmmaker Gus Van Sant’s fictional meditation on the inner turmoil that engulfs a brilliant, but troubled musician in the final hours of his life. Michael Pitt (The Dreamers, Hedwig and The Angry Inch) stars as Blake, an introspective artist whose success has left him in a lonely place, where livelihoods rest on his shoulders, and old friends regularly tap him for money and favors. Last Days follows Blake through a handfull of hours he spends in and near his wooded home, a fugitive from his own life. Expanding on the elliptical style forged in his previous two films, Gerry and the Palme d’Or winning Elephant, Van Sant layers images and sounds to articulate an emotional landscape creating a dynamic work about a soul in transition. END_OF_DOCUMENT_TOKEN_TO_BE_REPLACED 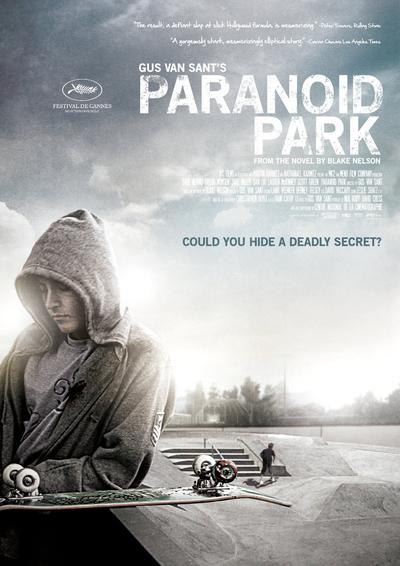 A teenage skateboarder has a run-in with a security guard that results in the man’s death. Confused, fearful, and evasive, the teen wanders the streets of Portland as his life takes a turn for the worse in director Gus Van Sant’s screen adaptation of author Blake Nelson’s grim coming-of-age tome. Alex (Gabe Nevins) is a withdrawn 16-year-old boy who has recently discovered Paranoid Park — a massive skate park in Portland, OR. The Portland skate punks built Paranoid Park so they could have a place to cruise the concrete without being hassled by the cops. One day, after befriending a local skater and anarchist at the park, Alex decides that a little adventure might be just the thing to help him forget about his problems back home. When Alex and his new friend attempt to hop a train and a security guard gives chase, tragedy strikes so quickly that the two teens are barely able to comprehend what has just happened. In the aftermath of the fatal accident, one man is robbed of life and two teens are left to ponder the consequences of their youthful recklessness. Alex doesn’t think that anyone will believe him if he explains how events really unfolded that night, but why would anyone have cause to think he wasn’t telling the truth in the first place? As the police launch an investigation into the death and Alex begins to express himself in a deeply personal diary, the audience is able to experience the pain and confusion of adolescence from the perspective of a young boy who was only seeking to escape from reality when suddenly confronted by the concept of mortality. from allmovie.com END_OF_DOCUMENT_TOKEN_TO_BE_REPLACED 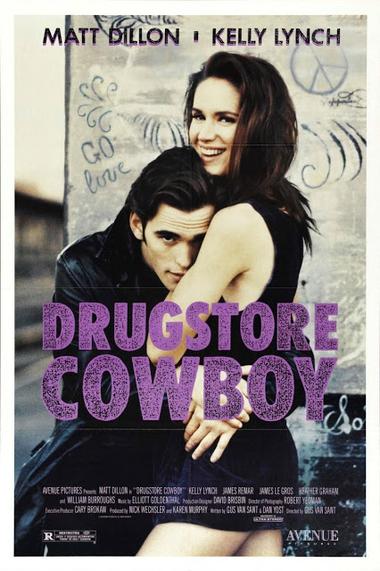 Cinepad.com wrote:
The deadpan comic buzz you get from Gus Van Sant’s Drugstore Cowboy is practically narcotic. The movie heightens your senses and mildly anaesthetizes them at the same time, like a potent mixture of stimulants and depressants. One of the most invigoratingly original American comedies since Jim Jarmusch’s Stranger Than Paradise, Drugstore Cowboy follows druggie, irregular rhythms all its own. Whether in a heavy-lidded daze or wired with giddy, post-high paranoia, Drugstore Cowboy displays an uncanny alertness to detail and texture — yellow-white bus headlights that barely penetrate the slate-grey, late-afternoon gloom on a rain-drenched north-western road; the surreal surge of blood into a hypodermic syringe as it enters a vein in intensified close-up… But the film’s vibrant aliveness to such minute sensations is submerged beneath a cold, clammy complexion: the blue-grey pallor of a day-old corpse. END_OF_DOCUMENT_TOKEN_TO_BE_REPLACED