Quote:
This stirring, anarchic behind-the-scenes look at Paul Gross’ Hyena Road uses everything from psychedelia to instructional videos to question both the validity of war movies and Canada’s mission in Afghanistan. END_OF_DOCUMENT_TOKEN_TO_BE_REPLACED

By turns voluptuous, whimsical and exceedingly strange, Guy Maddin’s film “Dracula: Pages From a Virgin’s Diary” suggests that silent movies and ballet may have always been natural dancing partners. At least they seem that way when folded into each other by a quirky visionary like Mr. Maddin, the Canadian experimental filmmaker whose work has acquired a fervent cult following. END_OF_DOCUMENT_TOKEN_TO_BE_REPLACED

Quote:
There’s a blood vessel that pumps between the selves we drive through the day and the incubus we nourish, a creative self (perhaps cocreated by a love), relatively unconstrained, who we promise ourselves we will birth some day. The most sublime art is what we imagine that young, more unfettered mind imagines. Its why we live, a large part of it, I think. This is the domain Maddin has decided to explore. Its a sort of Joycean commitment, a raw commitment to dreams less shaped than usual by borrowed items and fed by distilled urges in blood. Small surprise that these don’t fully resonate; its supposed to be strange, strange in disturbing ways. I like the fact that this goes on too long. END_OF_DOCUMENT_TOKEN_TO_BE_REPLACED

A surrealistic film in which a strangely assorted group of people come together in the Russian Arctic at the height of the revolution and World War One.

“At once perplexing and joyous, Maddin has crafted a film that, for all the confusion inherent in the tale, unfolds on its own unique terms.” [Austin Chronicle] END_OF_DOCUMENT_TOKEN_TO_BE_REPLACED

Director Guy Maddin’s interpretation of the Alfred Hitchcock classic Vertigo, pieced together using footage from old films and television shows shot in and around the San Francisco area. END_OF_DOCUMENT_TOKEN_TO_BE_REPLACED 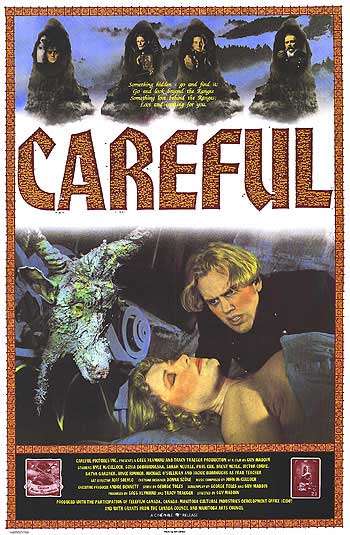 Quote:
Guy Maddin’s dizzily delirious 1992 film, Careful, has been called a pro-repression fable, a masterpiece of deadpan comic timing, a period piece evoking a time and place that never existed, and a Ricola ad gone horribly, horribly wrong. Utterly unique and yet evocative of myriad influences, Careful is a truly bizarre concoction created from the plundered relics of cinematic history and the dark attics of dreams. END_OF_DOCUMENT_TOKEN_TO_BE_REPLACED 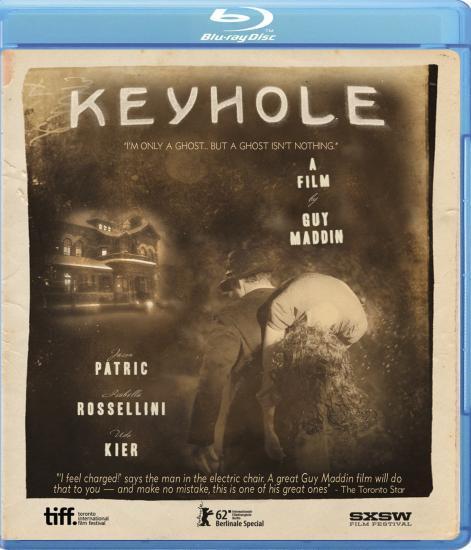 Quote:
Visionary Canadian filmmaker Guy Maddin takes viewers on a surreal journey into the psyche of a desperate gangster backed into a dangerous corner in this surreal, psycho-sexual take on Homer’s Odyssey. Late one night, a group of gangsters shoot their way into the living room of a large house and wait anxiously for the arrival of their leader, Ulysses Pick (Jason Patric). Ulysses has a knack for getting out of tense situations, and with the cops all around his cohorts need him now more than ever. But when Ulysses arrives with a teenage girl and a bound young man in tow, some of his henchmen start to think it’s time for a new boss to take over. An already tense situation turns downright surreal as Ulysses begins venturing through the labyrinthine house in search of his wife Hyacinth (Isabella Rossellini), who remains locked in her room somewhere on an upper floor. Meanwhile, Hyacinth’s father offers cryptic commentary on the unfolding events, and the harder Ulysses searches for his wife the more secrets he begins to uncover about his eccentric family. END_OF_DOCUMENT_TOKEN_TO_BE_REPLACED