In the far future, man has destroyed the Earth in the “Seven Days of Fire”. Now, there are small pockets of humanity that survive. One pocket is the Valley of Wind where a princess named Nausicaa tries to understand, rather than destroy the Toxic Jungle. END_OF_DOCUMENT_TOKEN_TO_BE_REPLACED

Synopsis
Jiro dreams of flying and designing beautiful airplanes, inspired by the famous Italian aeronautical designer Caproni. Nearsighted from a young age and unable to be a pilot, Jiro joins a major Japanese engineering company in 1927 and becomes one of the world’s most innovative and accomplished airplane designers. The film chronicles much of his life, depicting key historical events, including the Great Kanto Earthquake of 1923, the Great Depression, the tuberculosis epidemic and Japan’s plunge into war. Jiro meets and falls in love with Nahoko, and grows and cherishes his friendship with his colleague Honjo. END_OF_DOCUMENT_TOKEN_TO_BE_REPLACED 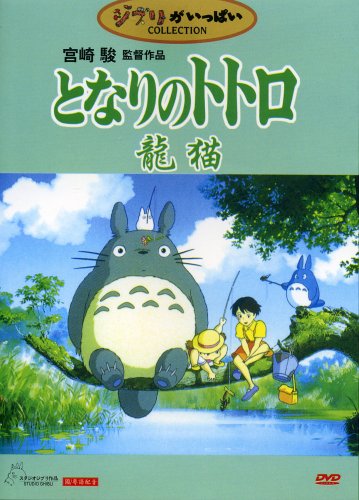 Quote:
No number of superlatives that I could laud upon Hayao Miyazaki’s My Neighbor Totoro could convey the amount of joy that it brings me, but I’ll throw out a few anyway. It’s Miyazaki’s finest work! It’s the best film of 1988! It’s the best animated feature ever made (even better than two other great animated films of ’88: Who Framed Roger Rabbit? and Akira!)! I’ve seen it countless times, but it never loses a bit of its enchanting luster. It invigorates me with the same sense of gleeful pleasure that most people talk about when they describe movies like E.T. and The Wizard of Oz, but I’d gladly take it over either of those two classics. There’s something special and elusive about the wonderland Miyazaki creates, and I think he gets closer to a child’s mindset here than either of those two films do. The main reason for this is probably because Miyazaki doesn’t saddle his movie down with an adult’s unnecessary desire for plot and meaningful action. Don’t get me wrong here: it’s not as if this movie has no plot, but it doesn’t play out in the schematic way that most coming of age films do. There are no big revelations, no momentous life lessons learned, and best of all no superfluous morality. The movie takes place in an overwhelmingly decent world, but it never harps upon that decency, so it feels intrinsic instead of tacked on. END_OF_DOCUMENT_TOKEN_TO_BE_REPLACED