Steve Seid writes:
Clouzot’s final foray into features takes us into another tortured love triangle to explore voyeurism and, by extension, the very gaze that so draws us to cinema. Josée (Elisabeth Wiener) meets her artist-lover’s gallerist, the chic but kinky Stanislas Hessler (Laurent Terzieff), whose hobby is photographing female nudes in S&M postures. Naturally, Josée succumbs to the temptation to pose, but finds she needs bonding not bondage. Enter the obsessive kinetic artist Gilbert (Bernard Fresson), and the triangulated trap is sprung. Like Peeping Tom, Woman in Chains uses the camera’s gaze as a substitute for our own voyeuristic impulse. END_OF_DOCUMENT_TOKEN_TO_BE_REPLACED

A burglar slips inside a middle-class apartment. Believing he could work quietly, he’s surprised by a couple in evening dress.

An expressionist comedy greatly influenced by German Expressionism set in a bohemian enclave of northern Paris, which Clouzot made shortly before he served as assistant director to Anatole Litvak and E.A. Dupont and began scripting French versions of German films at Berlin’s UFA studios. END_OF_DOCUMENT_TOKEN_TO_BE_REPLACED

Plot Synopsis by Hal Erickson:
Released shortly after Luciano Emmer’s documentary Picasso, H. G. Clouzot’s Le Mystère Picasso managed to attain better international bookings than the earlier film, largely on the strength of Clouzot’s worldwide hit Les Diaboliques. Like Emmer before him, Clouzot offers rare and precious glimpses of Pablo Picasso at work. The film traces two of the artist’s paintings, from inception to pencil sketch to final product. The director comes as close as humanly possible to defining the genius of Picasso within the parameters of the camera lens. Oddly, Le Mystère Picasso does not appear on many of the “official” lists of Clouzot’s films, even though it won a Special Jury Prize at the Cannes Film Festival. END_OF_DOCUMENT_TOKEN_TO_BE_REPLACED 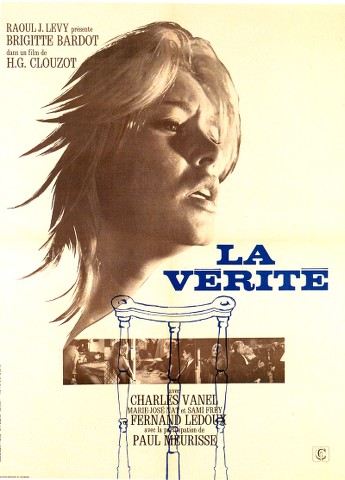 Plot summary from IMDB:
Dominique Marceau is on trial for the murder of Gilbert Tellier. The counsels duel relentlessly, elaborating explanations for why the pretty, idle and fickle girl killed the talented and ambitious conductor freshly graduated from the conservatory. Was it passion, vengeance, desperation, an accident? The acquaintances of Gilbert testify, as well as Dominique’s former lovers, and her sister, Annie, the studious violin player engaged to Gilbert. The evidence they give progressively paints a more finely-shaded picture of the personalities of Dominique and Gilbert, and of their relationship, than the eloquent and convincing justifications of the counsels. END_OF_DOCUMENT_TOKEN_TO_BE_REPLACED 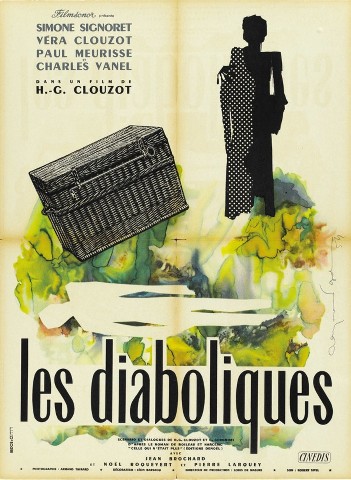 Quote:
Among the most enduringly popular motives for murder, in films as in life, is the desire to remove an impediment to happiness—to get somebody, once and for all, out of the way. In life, of course, the goal of freeing oneself by canceling the existence of another human being is frequently thwarted by the haste and clumsiness of the means, the hot urgency of the killer’s drive overriding his better judgment about the care required to escape detection. His guilt becomes obvious, he gets caught, and that desperately hoped-for happiness flies out the window. Clever murderers—of whom there are, thankfully, many more in fiction and movies than in life—temper their homicidal passion with meticulous calculation, arranging their dark deeds with the tender artifice necessary to make unnatural death look natural. They’re artists, of a sort. And the fact that there is no such thing as a perfect murder or a perfect work of art has never stopped either a murderer or an artist from trying. END_OF_DOCUMENT_TOKEN_TO_BE_REPLACED 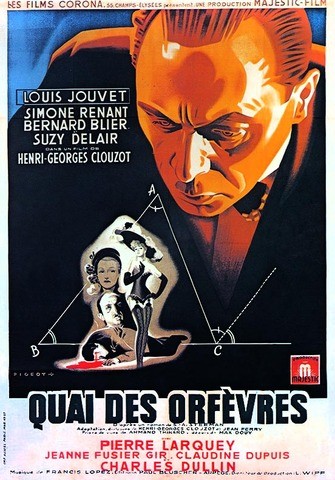 Jenny Lamour wants to succeed in music hall. Her husband and accompanist is Maurice Martineau, a nice but jealous guy. When he knew Jenny is making eyes at Brignon, an old businessman, in order to get some engagements, he looses his temper and threatens Brignon with death. But Jenny went anyway to a rendez-vous at the old man’s, who is murdered the same evening. The criminal investigations are lead by Inspector Antoine… END_OF_DOCUMENT_TOKEN_TO_BE_REPLACED 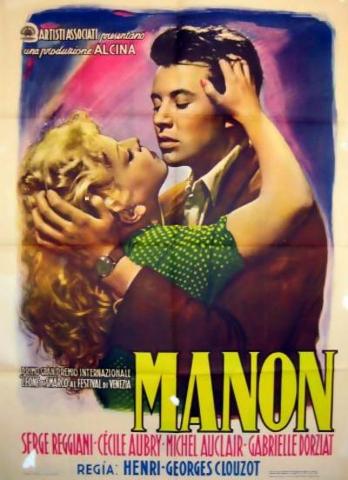 Quote:
Henri-Georges Clouzot (“The Raven”/”The Wages of Fear”/”“Diabolique”) directs one of his lesser efforts and co-writes with Jean Ferry an adaptation of Abbe Prevost’s 18th century lusty classic French novel ‘Manon Lescaut.’ It’s updated to immediately after World War II France. It was shoddily made, the characters were sketchily drawn, the lead couple is unlikable, the screenplay was ridiculously inept and the novel’s bawdiness was compromised to make it more Hollywood safe, nevertheless Clouzot’s craftsmanship and style made an impression at the Venice Festival and it won Best Film in 1949. It did a good job capturing the sleazy atmosphere of the low-life underground scene in a post-war Paris. END_OF_DOCUMENT_TOKEN_TO_BE_REPLACED