Synopsis:
Fed-up with the inefficiency of the Marseille police, Paris sends drug-enforcement specialist Philippe Jordan to Marseille. He’s supposed to assist the local law enforcement dismantle the drug networks, especially mobster Sauveur Mecacci’s network. So far, Mecacci has managed to elude capture or successful prosecution by local authorities. However, Inspector Philippe Jordan’s unorthodox law enforcement style may prove efficient against Mecacci if Jordan receives a free-hand green-light from the Marseille police bosses and if he survives the frequent attempts against his life, of course. Once at work, Inspector Philippe Jordan’s rough style creates mayhem in the city of Marseille and triggers numerous complaints from the Mayor’s Office, from outraged citizens and from the lawyers of a scared Mecacci who wants to see Jordan dead. These things, in turn, tell Jordan he’s on the right track. END_OF_DOCUMENT_TOKEN_TO_BE_REPLACED

An ill-assorted group of international criminals executes a tightly-planned ransom sting in Spain. Things go along swimmingly until various tensions within the group come to the fore. A somewhat predictable, but enjoyable crime melodrama, enhanced by a cool soundtrack, a sustained atmosphere of sunlit unease and a touch of incest. Geraldine Chaplin’s film debut in which she gives the insanely sexy Sophie Daumier a run for her money. Based on a novel by James Hadley Chase. END_OF_DOCUMENT_TOKEN_TO_BE_REPLACED 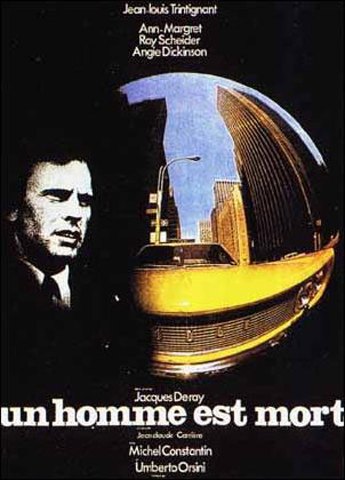 Quote:
Jean-Louis Tritignant stars as Lucien, a hit man who goes to Los Angeles to end the life of an important local mobster. The mobster’s heirs, who hired Lucien, had already hired yet another hit man (Roy Scheider) to kill him. He speaks very little English, and the lifestyles and customs of Los Angelenos puzzle him completely. One of the films highlights is its use of many unusual decayed and shabby sites in the Los Angeles area, such as Venice Beach. END_OF_DOCUMENT_TOKEN_TO_BE_REPLACED 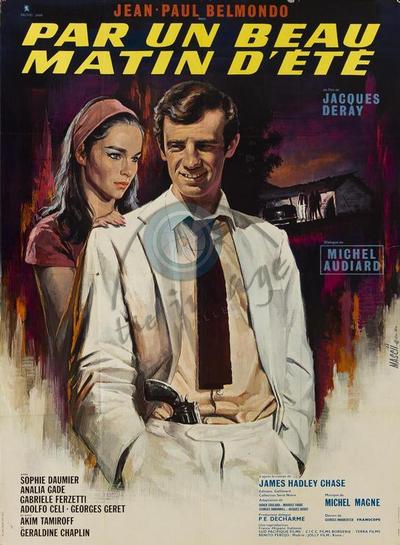 Based on a novel by James Hadley Chase. END_OF_DOCUMENT_TOKEN_TO_BE_REPLACED