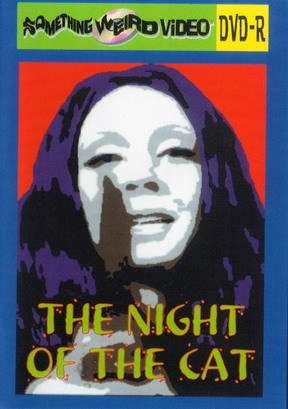 When her sister is murdered by a group of goons working for a local mobster, Beth goes on the fritz, donning a wig, taking martial arts lessons, and using a cane to help take on opponents. Soon, she meets her sibling’s murderers face to face, and they’re in for it. Kathy Allen and George Oakley star in this North Carolina revenge opus. No-budget no-frills regional filmmaking at its rawest awaits you in this Charlotte, North Carolina celluloid catastrophe about a woman who becomes an avenging “catwoman” and takes on the mob. With bare titties, godawful acting, hilariously lame “action,” and joyously unconvincing fight scenes, it’s not only a breath-taking wonder from beginning to end, but so utterly simplistic that you’ll need to take notes to follow it. Morganna, the uber-busty stripper for became famous in the 80s as baseball’s “The Kissing Bandit,” appears in a strip club scene. END_OF_DOCUMENT_TOKEN_TO_BE_REPLACED