An English soldier returns home from the Zulu war with the daughter of a tribal king as his slave (a gift that he was given for “saving” the kings life). While he was away, his wife had been having an affair with the female housekeeper. Not at all pleased with being a slave, the Ebony princess notices the mistress of the house engaging in a quick bit of foreplay with the housekeeper and plots her revenge starting with the seduction of the mistress. Jealousy spreads like wildfire and before you know it, she has turned the household into a lustful frenzy of sex and hatred. END_OF_DOCUMENT_TOKEN_TO_BE_REPLACED

A softcore cult classic that was instrumental in helping establish the legend of Skinemax while playing a significant role in the depletion of many a pubescent teenage boy’s tube sock supply back in the day, 1987’s ELEVEN DAYS, ELEVEN NIGHTS is a gender-swapped Italian ripoff of 9 1/2 WEEKS from notorious Eurocult journeyman Joe D’Amato. Written by Claudio Fragasso and Rossella Drudi–the husband-and-wife masters of erotica who would later gift us with TROLL 2–ELEVEN DAYS, ELEVEN NIGHTS pretty much follows the template of D’Amato’s “Black Emanuelle” films of the late ’70s, right down to the presence of Laura Gemser, this time as the editor to nympho journalist Sarah Asproon (Jessica Moore), who’s writing a scintillating memoir of her sexual exploits entitled My One Hundred Men (Drudi uses the pseudonym “Sarah Asproon” for her writing credit, giving the film a bogus autobiographical ruse in the tradition of “Emmanuelle Arsan”). END_OF_DOCUMENT_TOKEN_TO_BE_REPLACED 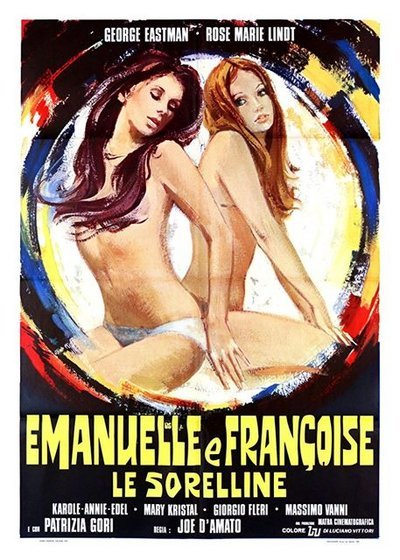 Synopsis:
Emanuelle (Lindt) is out to avenge her sister (Gori), who committed suicide after escaping from her sadistic lover Carlo (Eastman). So she chains him up in her basement, drugs him, and forces him to watch her having sex. Carlo starts hallucinating all kinds of bloody horrors and cannibalistic doings, so he decides he has to break free and kill Emanuelle. END_OF_DOCUMENT_TOKEN_TO_BE_REPLACED

Quote:
Given Joe D’Amato’s prodigious work-rate and his willingness to engage with just about any filone, it comes as little surprise that he should have made a mondo film, Follie di Notte.

Description: An American journalist travels throughout the world in search of a good story by joining a modern-day harem and traveling to Venice to see what really goes on at diplomatic parties. While trying to expose a corrupt government official, Emanuelle stumbles upon a group that uses kidnapped girls to make and sell snuff films. A brush with death leaves Emanuelle wondering if it is perhaps time to hang up her camera for good END_OF_DOCUMENT_TOKEN_TO_BE_REPLACED 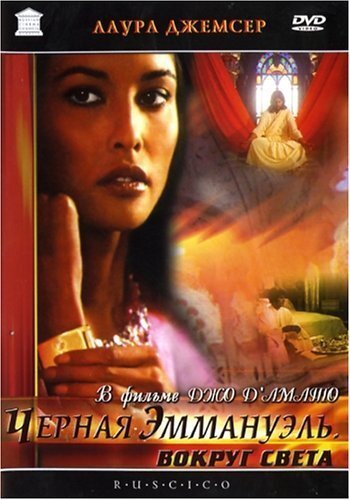 Laura Gemser stars as Emanuelle in one of Joe D’Amato’s better ‘Black Emanuelle’ films, EMANUELLE: PERCHE’ VIOLENZA ALLE DONNE? aka THE DEGRADATION OF EMANUELLE. Released around the world cut to pieces this DVD is Uncut and Widescreen. Emanuelle travels the world once again on a crusading mission to report on the abuse and degradation of women at the hands of male-dominated organizations. At her first stop in India she meets up with George Eastman who plays a guru who has discovered the secret of prolonged sexual pleasure. While at the temple she also meets gorgeous Brigitte Petronio and it’s not too long before both are ‘enjoying’ each other’s company. END_OF_DOCUMENT_TOKEN_TO_BE_REPLACED 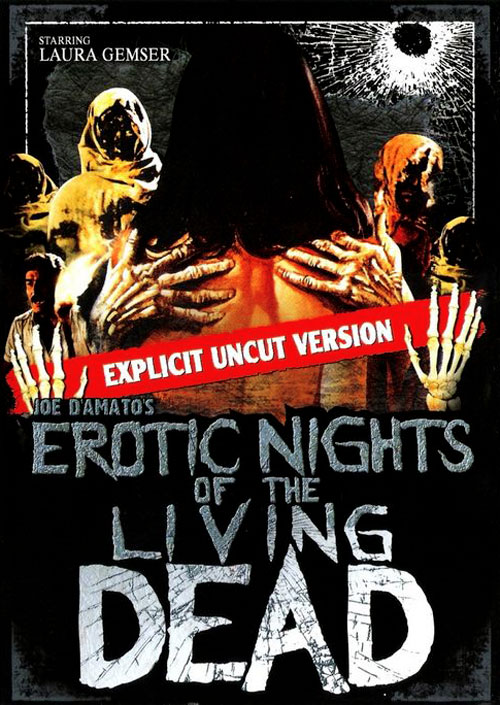