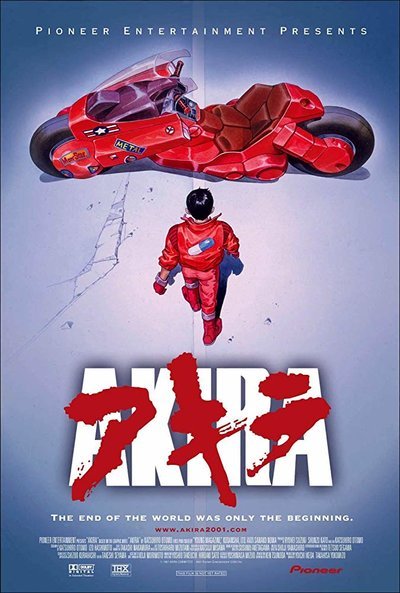 Quote:
A secret military project endangers Neo-Tokyo when it turns a biker gang member into a rampaging psychic psychopath who can only be stopped by two teenagers and a group of psychics. END_OF_DOCUMENT_TOKEN_TO_BE_REPLACED

Young rowdy Ita gets hired by a real estate company to get people out of an apartment building that should be torn down. The problem starts when Ita realizes that the building is still full of people of many different nationalities who are not willing to leave their flats. Moreover something creepy seems to be going on between the walls of the tenement. Katsuhiro Otomo’s (Akira) only feature-length live-action film, starring Hiroyuki Tanaka (better known as Sabu). END_OF_DOCUMENT_TOKEN_TO_BE_REPLACED From AMG:
Neo-Tokyo consists of three fast-paced tales set in a surreal cyberpunk landscape. Most of the tales center around either cops pursuing criminals or criminals running from the cops — none of the stories has a great deal of psychological depth. What makes this film an essential part of the animae canon is its particularly wonderful and inventive envisioning of the Tokyo of the future (which, in America, always seems like the Tokyo of today). As the late twentieth century counterpart to early modernist city symphonies and mid-century noirs, Neo-Tokyo has a good deal to say about 21st century metropolitan life and its effects on the human condition. It’s merely icing on the cake that it does so with a fabulous blend of humor and technological terror. – END_OF_DOCUMENT_TOKEN_TO_BE_REPLACED