Born on the fourth of July, 1900, the future holds unlimited potential for newborn John Sims. But dreams soon fade with the death of his father when John is but a lad. Like many before him, John sets out to make his mark in New York City, but ends up a faceless worker (#137) in a large office of a large business. Still he is happy with his fate and soon meets a young woman named Mary on a blind double date. Things take their course and they soon marry and live in a small apartment. Soon John is bickering with Mary and finds that he has no love for the in-laws. When the marriage looks like a bust, he finds that Mary is with child and he stays. After 5 years, he has a son and a daughter and the same dead end job. When tragedy strikes, John must find the conviction to continue or lose what little he has left. END_OF_DOCUMENT_TOKEN_TO_BE_REPLACED

Quote:
A Superlative War Picture.
An eloquent pictorial epic of the World War was presented last night at the Astor Theatre before a sophisticated gathering that was intermittently stirred to laughter and tears. This powerful photodrama is entitled “The Big Parade,” having been converted to the screen from a story by Laurence Stallings, co-author of “What Price Glory,” and directed by King Vidor. It is a subject so compelling and realistic that one feels impelled to approach a review of it with all the respect it deserves, for as a motion picture it is something beyond the fondest dreams of most people. END_OF_DOCUMENT_TOKEN_TO_BE_REPLACED

Plot:
Brian Donlevy goes from rags to riches in King Vidor’s ambitious Technicolor ode to hard work, family and the American Dream. Arriving penniless in the United States, Czech immigrant Steve Dangos (Donlevy) soon realizes America truly is the land of opportunity. Starting out in the iron mines of Minnesota, Dangos heads to the steel mills of Chicago, a decision that will earn him wealth and power beyond his wildest dreams – and put him at odds with his workers when they try to unionize. Produced over a two-year period at the then-enormous sum of $3 million, An American Romance is a bold and gripping saga in the Vidor tradition. “No other American director ever matched Vidor’s sense of personal struggle, or the muscular poetry he found to express it” (Tony Rayns, Time Out Film Guide). From Warner Brothers! END_OF_DOCUMENT_TOKEN_TO_BE_REPLACED

Synopsis:
Dempsey Rae, a cowboy with no clear aim in life, winds up working on a spread with a hard lady owner just arrived from the East. She needs a tough new top hand and uses all her means of persuasion to get Rae to take the job. But he doesn’t like the way the other settlers are getting treated and starts to side with them, despite their introduction of the barbed wire he loathes. END_OF_DOCUMENT_TOKEN_TO_BE_REPLACED

Quote:
The hero of Ayn Rand’s The Fountainhead is Howard Roark (Gary Cooper), a fiercely independent architect obviously patterned after Frank Lloyd Wright. Rather than compromise his ideals, Roark takes menial work as a quarryman to finance his projects. He falls in love with heiress Dominique (Patricia Neal), but ends the relationship when he has the opportunity to construct buildings according to his own wishes. Dominique marries a newspaper tycoon (Raymond Massey) who at first conducts a vitriolic campaign against the “radical” Roark, but eventually becomes his strongest supporter. Upon being given a public-housing contract on the proviso that his plans not be changed in any way, Roark is aghast to learn that his designs will be radically altered. Roark sneaks into the unfinished structure at night, makes certain no one else is around, and dynamites the project into oblivion. END_OF_DOCUMENT_TOKEN_TO_BE_REPLACED 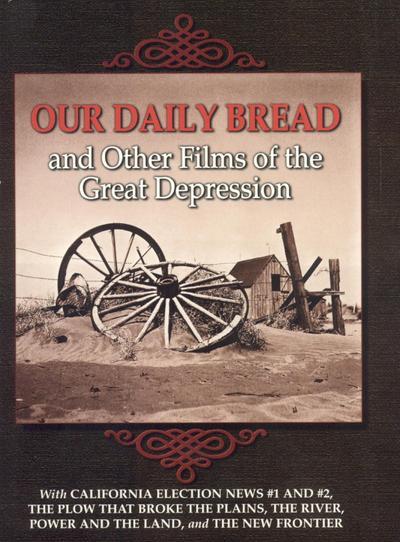 Unable to secure Hollywood-studio backing for his Depression-era agrarian drama Our Daily Bread, director King Vidor financed the picture himself, with the eleventh-hour assistance of Charles Chaplin. Intended as a sequel to Vidor’s silent classic The Crowd (1928) the film casts Tom Keene and Karen Morley as John and Mary, the roles originated in the earlier film by James Murray and Eleanor Boardman. Unable to make ends meet in the Big City, John and Mary assume control of an abandoned farm, even though they know nothing about tilling the soil. Generous to a fault, the couple opens their property to other disenfranchised Depression victims, and before long they’ve formed a utopian communal cooperative, with everyone pitching together for the common good. Beyond such traditional obstacles as inadequate funding, failed crops and drought, John is deflected from his purpose by sluttish blonde vamp Sally (Barbara Pepper), but he pulls himself together in time to supervise construction of a huge irrigation ditch — a project which consumes the film’s final two reels, and which turns out to be one of the finest and most thrilling sequences that Vidor (or anyone) ever put on film. END_OF_DOCUMENT_TOKEN_TO_BE_REPLACED 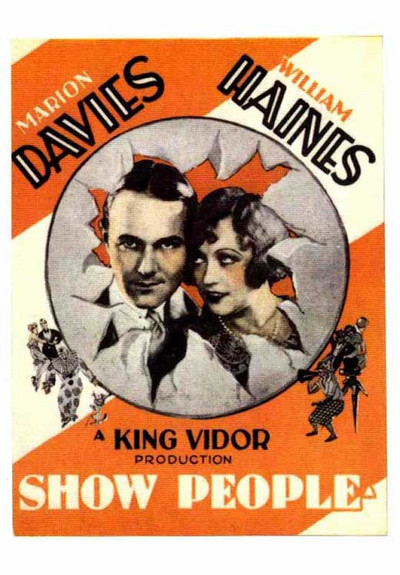 Colonel Pepper brings his daughter, Peggy, to Hollywood from Georgia to be an actress. There she meets Billy who gets her work at Comet Studio doing comedies with him. But Peggy is discovered by High Art Studio and she leaves Billy and Comet to work there. END_OF_DOCUMENT_TOKEN_TO_BE_REPLACED