Klaus Wyborny – Studien zum Untergang des Abendlands AKA Studies for the Decay of the West (Song of the Earth, Appendix) (1979–2010) 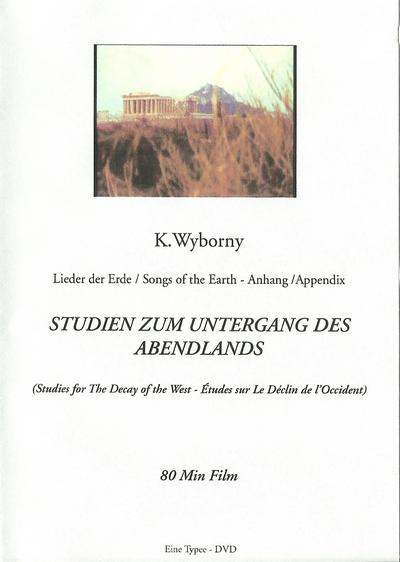 Quote:
In Wyborny’s ‘musical film’, every new sound triggers a new image: 6,299 shots, all directly edited within his Super-8 camera. An intoxicating, stroboscopic trip to industrial, natural and urban landscapes in East Africa, New York, the Ruhr district and Rimini.

This experimental music film refers to Oswald Spengler’s world-famous philosophical work Der Untergang des Abendslandes (The Decay of the West, 1918). Culture pessimist Spengler argues that progress is an illusion and that the modern era brings little good. People are no longer able to understand the rationality of the world. Wyborny did not set out to make a film version of Spengler’s theories, but rather a visual reflection on the modern age; a stroboscopic journey in five parts to industrial, natural and urban landscapes. He uses 6,299 shots, edited directly in a Super8 camera. Each piano note and violin vibrato evokes a new image: demolished buildings, rubble, destruction and nature, all shot between 1979 and 2010 in locations such as New York, the Ruhr, Hamburg, East Africa and Rimini. This film forms a counterpart to Wyborny’s previous films series Eine andere Welt. Lieder der Erde II (2004/2005). END_OF_DOCUMENT_TOKEN_TO_BE_REPLACED 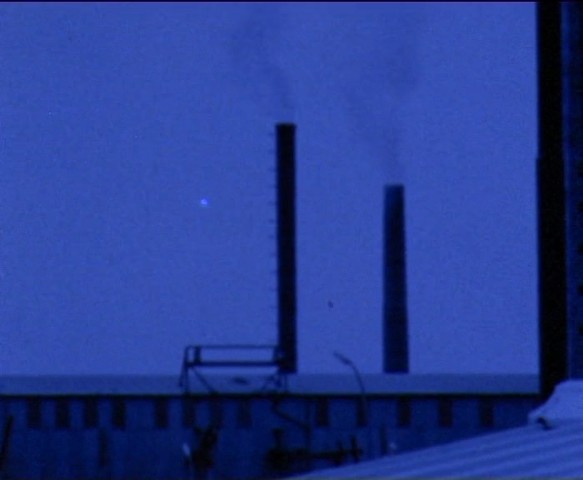 Quote:
For 50 minutes or so Pictures presents a series of static, or gently swaying images which are sometimes bucolic landscapes but more often industrial ones (sludgy harbours, power lines, abandoned railway stations or deserted factories). The interplay between the two sets of imagery is not simple. Wyborny photographs his modern ruins at their most ravishing – at dawn or sunset, partially reflected in the water or glimpsed through the trees. Shots recur throughout, optically printed into brilliant colours or else, given the washed out quality of fifth generation Xeroxes. As there are few people shown, one’s impression is of a planet that is populated mainly by cows, barges and hydraulic drills. END_OF_DOCUMENT_TOKEN_TO_BE_REPLACED 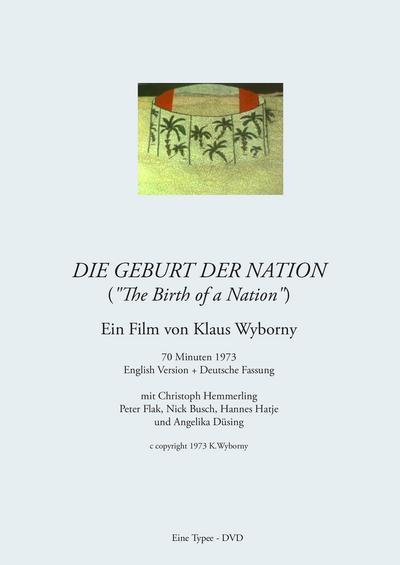 Quote:
Authentically ‘New’ German Cinema, and, simultaneously, an archaeology of narrative film itself, Wyborny’s avant-garde landmark defines cinema as a ‘nation’ that has perversely acquired rulers, laws and hierarchies before it has even been physically mapped out. At first appearing to spin an elementary yarn of social organisation (the predictably fraught establishment of a rudimentary commune in the Moroccan desert of 1911) in the ‘authoritative’ film language of DW Griffith, Wyborny proceeds to break down that language to its constituent elements and produce fragmentary hints of alternatives. Structural film-making of a rare wit and accessibility results, with flashes of appropriate absurdity highlighting the redundancy of closed systems, whether social or cinematic. END_OF_DOCUMENT_TOKEN_TO_BE_REPLACED