Synopsis:
Laurent Chevalier, a 14-year-old boy, saw his mother as the closest friend. The two of them went to a mountain resort. Clara Chevalier flirted with one of the hotel guests, her son met girls of the same age. However, on the holiday and Laurent, and his mother were left without companions … END_OF_DOCUMENT_TOKEN_TO_BE_REPLACED

Synopsis:
In Paris around 1900, Georges Randal is brought up by his wealthy uncle, who steals his inheritance. Georges hopes to marry his cousin Charlotte, but his uncle arranges for her to marry a rich neighbour. As an act of revenge, Georges steals the fiance’s family jewels, and enjoys the experience so much that he embarks upon a life-time of burglary. END_OF_DOCUMENT_TOKEN_TO_BE_REPLACED 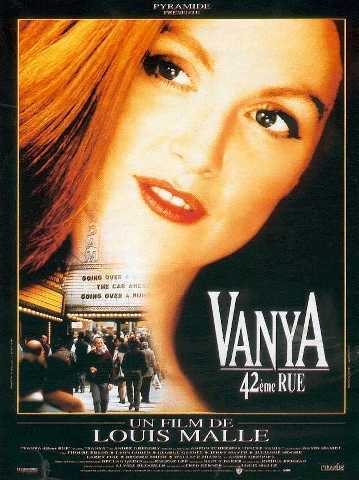 Uncle Vanya is frustrated – but not only because Serybryakov wants to sell the estate. The old man has returned home with his beautiful wife, Yelena (Julianne Moore), whom Uncle Vanya loves. She knows about his feelings but has chosen to ignore them because she understands that having a relationship with another man after years of marriage simply isn’t right. But Uncle Vanya has incorrectly assumed that Yelena is ignoring him because he is poor. END_OF_DOCUMENT_TOKEN_TO_BE_REPLACED 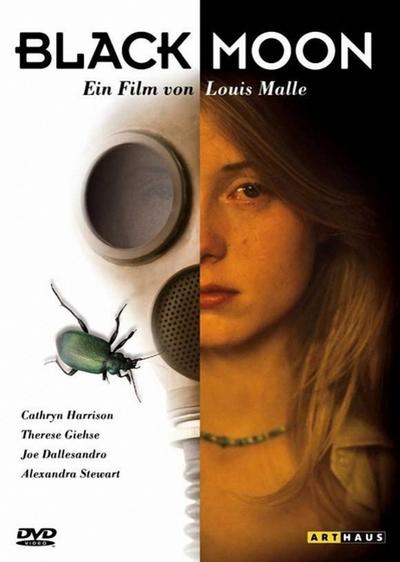 Louis Malle meets Lewis Carroll in this bizarre and bewitching trip down the rabbit hole. After skirting the horrors of a mysterious war being waged in the countryside, beautiful young Lily (Cathryn Harrison) takes refuge in a remote farmhouse, where she becomes embroiled in the surreal domestic life of an extremely unconventional family. Evocatively shot by cinematographer Sven Nykvist, Black Moon is a Freudian tale of adolescent sexuality set in a postapocalyptic world of shifting identities and talking animals. It is one of Malle’s most experimental films and a cinematic daydream like no other. (-Criterion) END_OF_DOCUMENT_TOKEN_TO_BE_REPLACED

Louis Malle unveiled the natural beauty of Jeanne Moreau in his breakthrough, Elevator to the Gallows. With his follow-up, the scandalous smash The Lovers> (Les amants), he made her a star once and for all. A deeply felt and luxuriously filmed fairy tale for grown-ups, perched on the edge between classical and New Wave cinemas, The Lovers presents Moreau as a restless bourgeois wife whose eye wanders from both her husband and her lover to an attractive passing stranger (Jean-Marc Bory). Thanks to its frank sexuality, The Lovers caused quite a stir, being censored and attacked for obscenity around the world. If today its shock has worn off, its glistening sensuality and seductive storytelling haven’t aged a day. END_OF_DOCUMENT_TOKEN_TO_BE_REPLACED 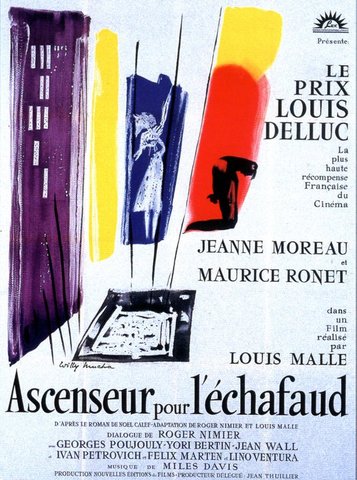 In his mesmerizing debut feature, twenty-four-year-old director Louis Malle brought together the beauty of Jeanne Moreau, the camerawork of Henri Decaë, and a now legendary score by Miles Davis. A touchstone of the careers of both its star and director, Elevator to the Gallows is a richly atmospheric thriller of murder and mistaken identity unfolding over one restless Parisian night. END_OF_DOCUMENT_TOKEN_TO_BE_REPLACED Vive le tour is director Louis Malle’s affectionate homage to one of France’s most treasured institutions, the Tour de France cycle race. In this short documentary film, Malle and his camera team marvellously capture the ambience of the Tour: the unbridled enthusiasm of the crowds of spectators, the beauty of the French countryside setting, and the gruelling ordeal of the participants.
We see how the cyclists refresh themselves during their marathon races, the sorry effects of dope-taking, the pain and disappointment of injured cyclists and, finally, the indescribable delight of the victors on the podium. With its eloquent and evocative photography, accompanied by Georges Delerue’s enchanting music, this is less a documentary and more a visual poem which says almost all there needs to be said on the greatest cycle race in the world. James Travers (filmsdefrance) END_OF_DOCUMENT_TOKEN_TO_BE_REPLACED