Quote:
In 1992 Oliveira made O Dia do Desespero, which deals with the last days and suicide of Romantic novelist Camilo Castelo Branco and is based largely on the writer’s letters. Most of it was filmed in the house where Castelo Branco in fact committed suicide. The film opens, midway through the credits, with a 50-second static shot of a pen-and-ink portrait of the writer. Other portraits, always shot with a static camera, punctuate the film’s narrative, lending it a documentary tone from the outset. END_OF_DOCUMENT_TOKEN_TO_BE_REPLACED

Quote:
One of Manoel de Oliveira’s masterpieces, A Caixa (The Box) / Blind Man’s Bluff is an adaptation, in parable form, of a play of the same name by Prista Monteiro.
The action takes place around a flight of steps in a poor neighbourhood and is about the final misadventure of an old Blind Man who has yet again been robbed of the official alms box with which he earns is living. His daughter, besides doing the house work, wears herself out taking in washing. Her companion, an unemployed lay-about like many of his friends, lives off the Blind Man’s box which has just been stolen for the second time. END_OF_DOCUMENT_TOKEN_TO_BE_REPLACED

a large-part-silent (an homage to Vigo) documentary by the master. Note that, after movie ends, last 14 minutes are blank. END_OF_DOCUMENT_TOKEN_TO_BE_REPLACED

Quote:
The battle of the sexes? The forces of despair and seduction? On S. Miguel in the Azores, Rogério, a young man with old money, and his enigmatic wife Leonor host a garden party at their villa. The intriguing guests are an older unmarried couple, the philosophical and observant Irene, and Michel, a roué;. While Rogério and Irene talk, Michel and Leonor go down to the sea. The conversations upset Rogério and capture Leonor’s imagination. Five years later, the four dine at the villa. Michel and Leonor again leave the other two. Intentions and undercurrents are subtle. One of the four proves strong, one weak, and two must choose. Wind and rain bring down the curtain on both acts. END_OF_DOCUMENT_TOKEN_TO_BE_REPLACED

Social class, prideful martyrdom, and a dollop of beautifully expansive landscape weave a tale of operatic proportions, both by plot and physically exhaustive standards, in veteran Manoel de Oliveira’s latest exploration of motivation. Marrying for money instead of childhood love, Camila (Leonor Baldaque) naïvely assumes the supposed epic and selfless attributes of Joan of Arc to deal with her husband’s infidelity and the consistent treatment of being irrelevant to the very people that encouraged the doomed match. END_OF_DOCUMENT_TOKEN_TO_BE_REPLACED Venice Film Festival wrote:
The film was made upon the invitation of the Serralves Foundation in Porto for the celebration of the 20th anniversary of the Foundation and the 10th anniversary of its Museum. A reflection on the Painéis de São Vicente de Fora, a 16th-century masterpiece attributed to Nuno Gonçalves. END_OF_DOCUMENT_TOKEN_TO_BE_REPLACED 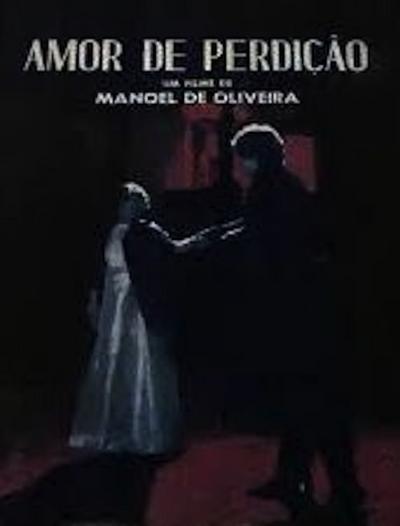 A story about doomed love between to people from different worlds and the impact in their lives. END_OF_DOCUMENT_TOKEN_TO_BE_REPLACED