IMDB description:
A village-girl (Juli Kovács) arrives in the city to work in a factory. The work manager (János Bodnár) sets his eye on her, but at first the girl refuses his advance. END_OF_DOCUMENT_TOKEN_TO_BE_REPLACED

This story follows a young student, who is orphaned as she grows to adulthood in the shadow of the 1956 Hungarian uprising. Coming from the Communist intelligentsia, she sees her friends and family react differently. Her lover, a married factory manager, supports the patriots and later assists fellow workers in staging a strike. Meanwhile her sister and others express anger at being forced from their homes during the revolution and continue to express a hatred for the rebels afterwards. But in the end they realize that for all people, real life is not possible after the revolt and its brutal suppression by the Soviets and their collaborators. END_OF_DOCUMENT_TOKEN_TO_BE_REPLACED

A young woman leaves a state orphanage to find her mother in this interesting examination of
how the overt repression of women in the older pattern of village life has been replaced by
the more subtle sexual and economic exploitation inherent in the apparently freer existence
of young girls in the contemporary city. A key film from Marta Meszaros. END_OF_DOCUMENT_TOKEN_TO_BE_REPLACED

A story of a mother who had to change her profession from a teacher to a high class prostitute to make a living. END_OF_DOCUMENT_TOKEN_TO_BE_REPLACED

Wikipedia wrote:
Diary for My Lovers (Hungarian: Napló szerelmeimnek) is a 1987 Hungarian drama film directed by Márta Mészáros. It was entered into the 37th Berlin International Film Festival, where it won the Silver Bear for an outstanding single achievement. END_OF_DOCUMENT_TOKEN_TO_BE_REPLACED 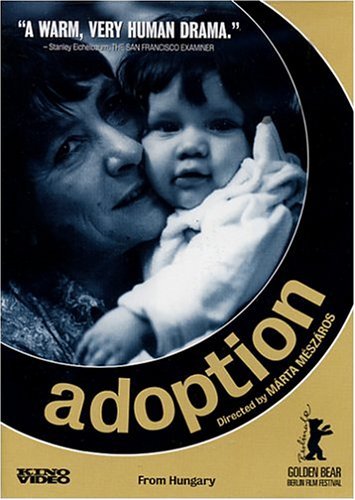 Quote:
The film zeroes in on two women: Kata, older and widowed, and Anna, a downtrodden young women kept in a children’s institution by her unloving parents. Her own sense of self-value strengthened by an unhappy love affair (she realizes that all fault lay with the man), Kata helps free Anna from her family’s influence. Anna gets married, while Kata adopts a child from the institution where Anna had previously dwelled. A winner of several film awards in its country of origin, The Adoption was directed by Marta Meszaros, the wife of renowned Hungarian filmmaker Miklos Jancso. — Hal Erickson END_OF_DOCUMENT_TOKEN_TO_BE_REPLACED 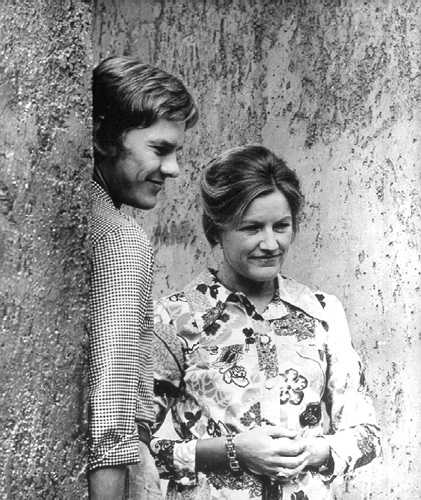 “Riddance,” the 1973 Hungarian film directed by Marta Meszaros, is the rueful account of the love affair of a pretty, spirited young woman who works in a textile factory and a young university student whose parents are grossly more equal than other people. Having just emerged from the working class, his mother and father guard their bourgeois status not tenaciously, but primly, as if it were their bookcase full of fragile, unspeakably awful knickknacks. END_OF_DOCUMENT_TOKEN_TO_BE_REPLACED